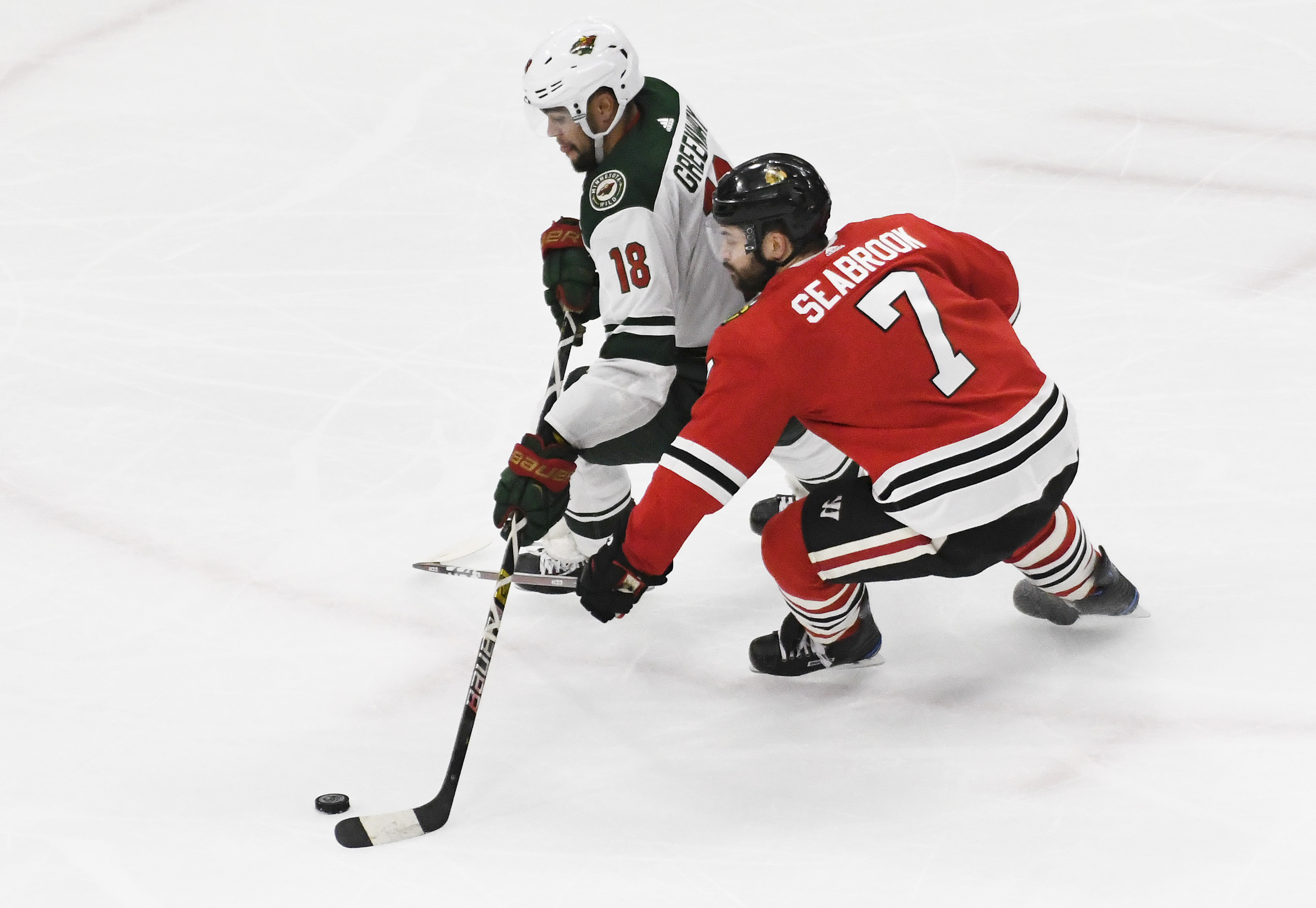 In times like these, I think it’s best to describe this team using the definition of “insanity” from the internet bastion of hilarity otherwise known as Urban Dictionary. Now for those of you at work, you might want to use your phone instead of your work computer

The definition of insanity, is doing the exact same fucking thing over and over again, expecting shit to change. That. Is. Crazy.

Well last night was pretty much what I expected from this team. I honestly don’t know why we hope to see a well-rested, energetic team after an extended break. Once, just once I want to see the Wild come out on the opening puck drop after multiple days off, and brutally set the pace for the opposition. But no. We are repeatedly treated to a lethargic team. During the post-game interview, Mikael Granlund even mentioned that they felt rusty and they needed to find their legs. Really, what were you doing? Did any of you spend some time in the gym or find a sheet of ice somewhere? From what we saw, it seems that was not the case. It’s beyond old at this point.

The only bright spot last night, was the goal from the guy that I forgot we had even acquired. Sorry Brad Hunt, but when you’re acquired right before 8 days off, you kind of forget that you’re there. Of course, I’ll admit I was barely acquainted with Pontus Aberg and Viktor Rask, but at least I had a few more days with them. With Hunt though, he had played only one game with the Wild before the break. Although I’m pretty sure Vegas Golden Knights fans probably forgot he was with their team as well, as he only played 13 games for them this season. So combine is almost non-existent play this season and his really bland name, it’s probably pretty easy to forget he’s there. Oh, and considering he’s now playing for a rather non-descript team, it’s even easier to forget he’s there. But here’s his opportunity. When your teammates can only be described as “meh” on most nights, it wouldn’t take much for you to shine. Move your legs and take shots on goal, and Hunt could be a shining star. I mean really, it wouldn’t take much.

Now looking to tonight’s game, I can’t say I’m feeling much more optimistic. Looking at Chicago’s team stats, at least when it comes to team defense, you think “hey, we just might have a chance.” The Blackhawks have the second worst goals against per game and the absolute worst penalty kill in the league. With the Wild’s team defense being better, you almost feel like you can breathe a sigh of relief. However, that is far from the case. Looking at Patrick Kane’s offensive stats make you want to build your own personal blanket fort and come out only when this season is over. Even in these recent seasons for the Blackhawks where they either miss the playoffs (like last season) or are out of the playoff picture (like they are right now), Kane continues to shine. In the Blackhakws win last night over the Buffalo Sabres, Kane scored his 900th NHL point. In that game alone, he scored two goals and two assists. To make things worse, it seems even when Kane is a bit down in scoring (which he isn’t this season), he always seems to find a way into the scoring column against the Wild. Lucky us.

One would also think “hey with Corey Crawford out of the lineup, we should be able to get a few on the Blackhawks.” In last night’s game, Cam Ward had 40 saves and only allowing 3 goals by Buffalo. So it’s clear that the goaltenders aren’t really the problem in Chicago. Yes, both Ward and Conner Delia are allowing 3+ goals per game, but they are fortunate that they have skaters like Kane who will bail them out on most nights. Let’s face it, the typical one or two goals by the Wild isn’t going to cut it tonight. True on most nights against most opponents, it isn’t going to cut it either. The Wild have this uncanny ability to squeak by on many nights. Tonight however is not one of those nights. The lack of shooting last night was definitely worrisome. Just like it felt like Minnesota forgot how to skate with the eight day break, it also felt like they had forgotten to shoot the puck. Of course it’s hard to shoot the puck when you have difficulties in maintaining possession in the offensive zone for substantial amounts of time. If the Wild play like they did last night, they will have a repeat of last night. Even worse, Chicago will most likely get a repeat of their game last night.

As an aside, it seems I (Theresa here) ruffled a few feathers with yesterday’s game preview in which I discussed Pierre McGuire’s comments to Kendall Coyne. With no provocation on my part beyond giving my opinion on the situation, a reader called me “bitch.” Thanks to that particular reader, I proved by point on why Coyne chose to not make much of a deal of the situation. As women, we know that if we do speak up, we will often be called names, be told we’re too emotional, be threatened, or disregarded altogether. So thank you Mr. Misogyny (I’m assuming the reader was male based on the tone of the comment), for so less-than-eloquently and less-than-politely for proving my point.