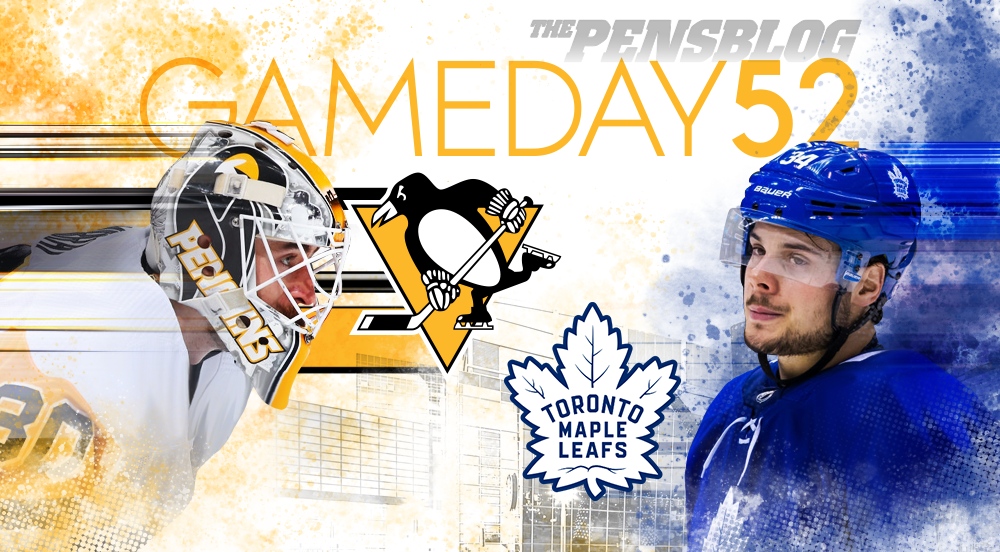 A bunch of stuff happened yesterday! The Pens did a trade! The Pens won a hockey game! They tied the Caps for 2nd!

Hockey is beginning to really happen you guys.

Before we talk about today’s game I think it’s important to hit you with some Rez trade analysis TM. See the Panthers got the pre-picked out Christmas present of this trade. You know like when you tell your spouse or whoever, hey I want this, and they just go and get it. It’s efficient and it’s fine. However it is missing the wonder of gift giving.

The Penguins received the gift from like your brother. Now this gift could fucking rule and be like Tac Glasses or something else amazing. But it could also be something you already own and don’t use. We just have no way of knowing without opening the gift.

Speaking of trash the Pens play the Leafs today.

Doubt the Pens make any changes except for Murr in the cage tonight. Geno’s out again tonight don’t panic dot gif.

Driving into the belly of the cesspool that is Toronto on a night’s rest is no small task. Luckily we here at Pensblog were ready for just such an occasion.

In the off-season we spent weeks, nay months, curating our blogging abilities in a thinktank of synergized interfaces. It rendered us not only with perfect taeks but the perfect gameday character for such an occasion.

Without further delay we introduce