Islanders pick up point in shootout loss to Lightning 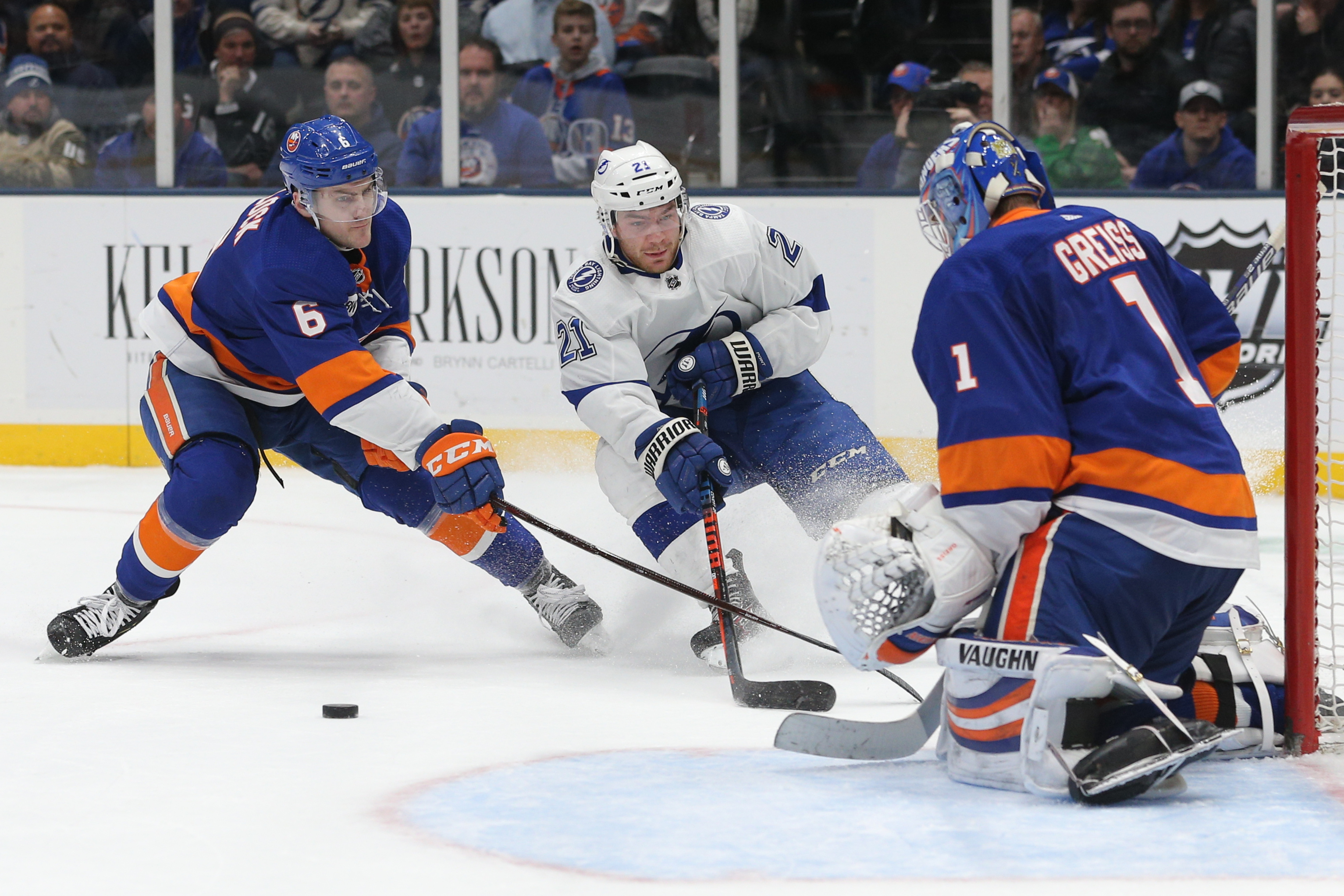 Islanders pick up point in shootout loss to Lightning

UNIONDALE, N.Y. — As far as losses go, Friday night’s 1-0 shootout defeat at the hands of the Tampa Bay Lightning might have been as good as it gets.

The Islanders, coming off an extended break, went toe to toe with the best team in the national hockey league held them off the scoreboard for 65 minutes. The only puck that beat New York starter Thomas Greiss was a wrist shot from Victor Hedman in the second round of the shootout.

Otherwise, the Islanders goaltender made 41 saves in the loss and the Islanders held some of the NHL’s most potent scorers without a point.

“For us to play the way we did out of the break it was a good game,” Anders Lee said. “It was a 0-0 game into the shootout. We got a point. We’re trying to get points every night, obviously you want to get two, but pretty good game. … I thought a lot of guys showed a lot of grit, a lot of energy.”

In their first game back after a nine-day break, no one was sure what to expect out of the Islanders. They had gone 5-0-1 in the week leading up to their time off and moved into first place in the Metropolitan Division, but there was a concern that they could lose some momentum during their downtime.

The Islanders put some of that concern to rest, coming out of the gate with jump on Friday night. For the better part of the game, it was a back and forth contest that saw two fast teams trade chances and two goaltenders make some tough saves.

Lightning goaltender Andrei Vasilevskiy made 29 saves to help his team get the win.

The point was a crucial one for the Islanders with the Washington Capitals and Pittsburgh Penguins nipping at their heels. Both of those teams had been in action on Friday as well and both were victorious, pulling them within two points of the Islanders for the division lead.

The Penguins and Capitals are both in action again on Saturday, as are the Islanders, but New York has a game in hand.

“We just have to collect points,” Trotz said. “That was a big point for us. You just never know how many you’re going to need and just getting a point every game, obviously we need two every game, but we’ll take a point if we can get it.”