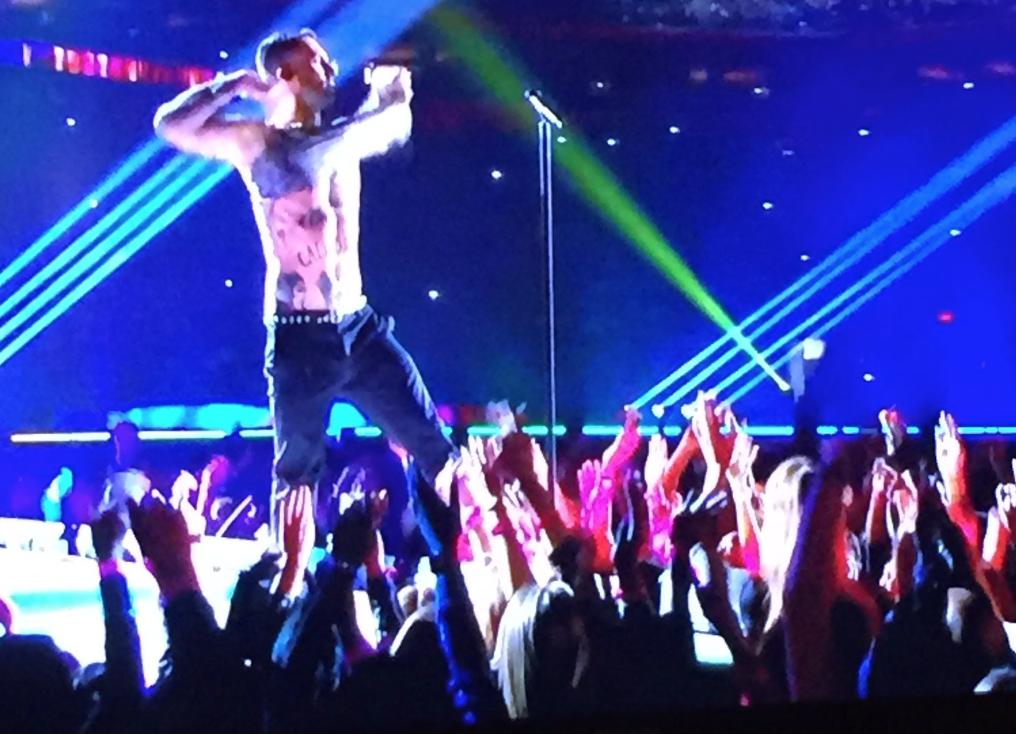 Fans enjoyed Maroon 5 — and, most importantly, Adam Levine — during the halftime performance at Super Bowl LIII.

Levine was on stage singing with Big Boi, as well as Travis Scott, who actually fell off the stage at one point. It was pretty crazy, as he was rapping so hard he slipped off and wiped out, as you can see (watch here).

Levine took off a layer of clothing during each song. At one point, he was down to a tanktop, and fans around America begin gawking intently.

I have to give my friend Jana Anderson all the credit for this pic. Her couch pillows match Adam Levine's shirt. pic.twitter.com/z8ZAID4ksQ

wow the highlight of Adam Levine's performance was definitely that his shirt looked exactly like pillows that an alarming amount of people happen to have from Target #SuperBowl pic.twitter.com/UL8WjdpJaY

And, sure enough, he ripped his shirt off for the final song of the set.

Adam Levine finally took off his shirt that looked like a rug from Target pic.twitter.com/pOxBgxzcwD

And he did not put it back on.

I can confirm that Adam Levine did not put his shirt back on before walking off the field. Closest he got was around his neck. I mean, I don’t think that’s breaking news by any means but I imagine someone wants this information. #SuperBowlLIII #HalftimeShow pic.twitter.com/ktBK58APLs