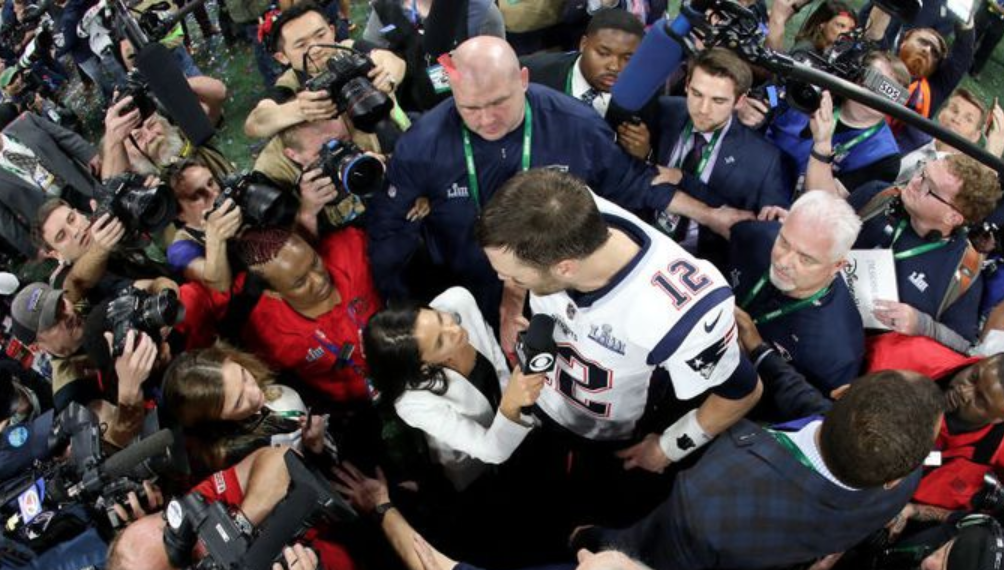 It’s not like the meeting between CBS reporter Tracy Wolfson and Patriots quarterback Tom Brady happened for the first time after his team beat the Rams 13-3 in Super Bowl LIII at Mercedes-Benz Superdome.

The two had an interview, which looked like it was routine, given how smoothly it was between the two of them. They were tested at one point when Wolfson was literally trampled by other videographers/photographers, and it was actually a bit scary.

Wolfson literally got eaten up by the crowd of paparazzo.

Props to Wolfson for handling it like a professional. That could’ve been scary.