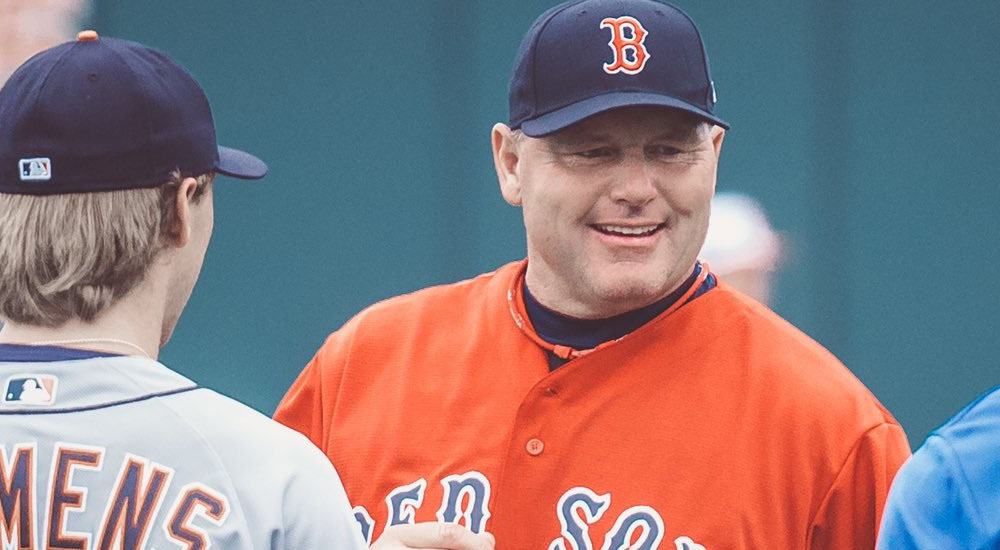 Fresh on the heels of getting close to sixty percent of the Hall of Fame vote two weeks ago, Roger Clemens was back on the mound Saturday.

No, no, the seven-time Cy Young Award winner wasn’t prepping for a comeback…he was repping his alma mater as a member of the Texas Longhorns’ annual alumni game.

And you better believe the 56-year-old could still bring it.

A look at @rogerclemens at the @TexasBaseball Alumni game. Sat 84-85 and still spun the curveball well in upper 70s and the splitter was diving. A possible @FlatgroundApp comeback? pic.twitter.com/T8OIPJx8CR

Lost in the hullabaloo of Clemens taking the hill and still slinging fastballs in the mid-80s was the fact that the 2019 Longhorns actually had some success against the 354-game winner.

Your current Horns touched up Roger for three runs in the first but a heckuva showing for the Rocket. #HookEm pic.twitter.com/AwQdR0SeXV

Following the game, Clemens wasn’t asked about the Longhorns or his fastball…it was all about the Hall of Fame.

“I didn’t play baseball to make the (Baseball) Hall of Fame,” Clemens said. “I played baseball, the first couple of years, to make a fantastic living…and after that it was about winning championships.”

Sure, Rocket, sure. But the Hall of Fame would be nice, right?