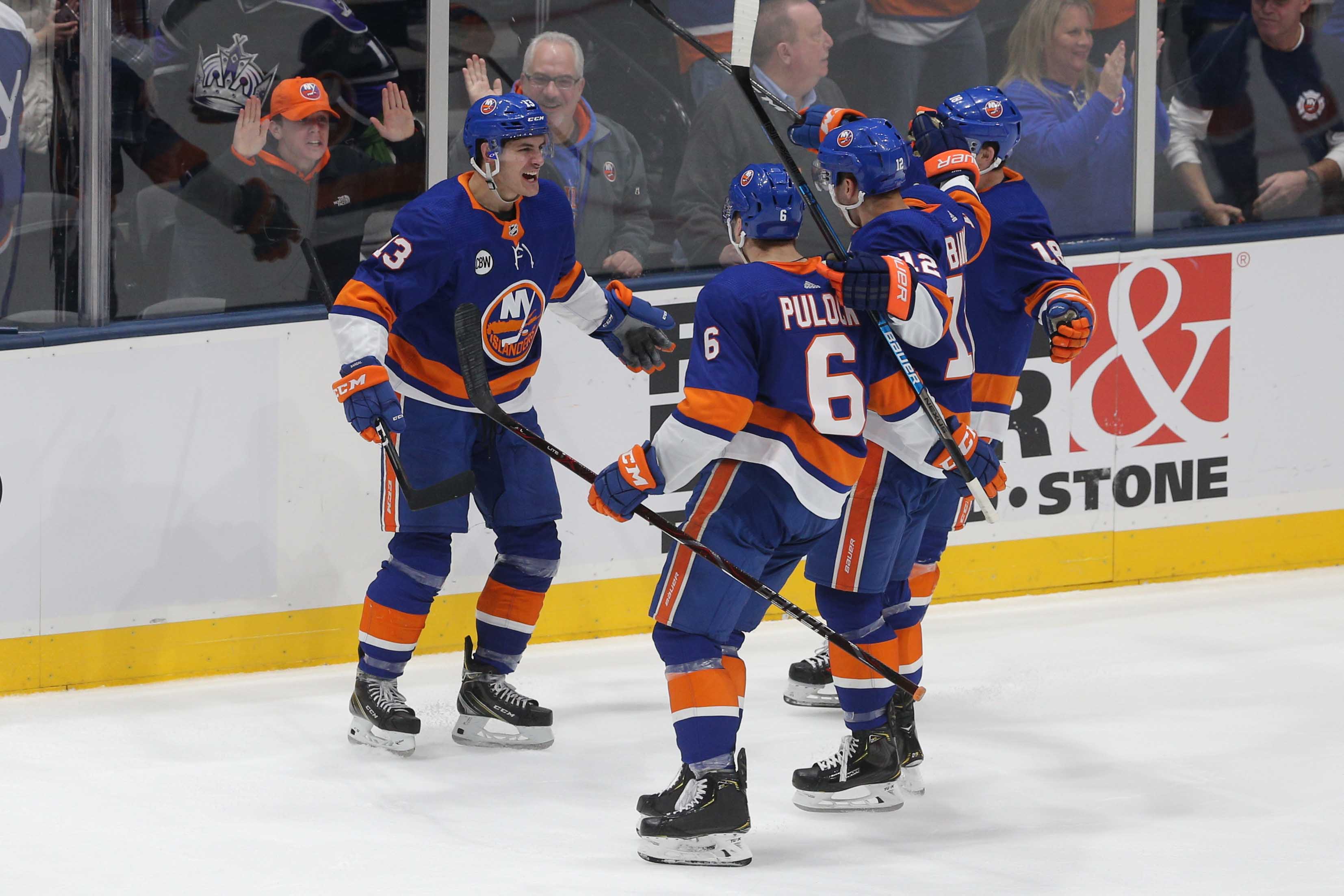 UNIONDALE, N.Y. — The Islanders defeated the Los Angeles Kings 4-2 on Saturday at Nassau Coliseum.  A third-period comeback helped propel the Isles to their sixth win in their last eight games.

Here are three takeaways from the win:

1. Even when the Isles don’t play well they still find ways to win

As the Islanders had proven earlier in January, they can still pull out a win when their best effort isn’t there. That was the case on Saturday night on the second half of back-to-back games this weekend. Despite a good start in the first period, the Kings had the edge for the better part of the first two periods on Saturday. The Kings outshot the Islanders 21-20 in the first two periods, which included a 13-8 edge in shots in the second.

The Islanders managed to get things going in the third period, but it wasn’t until the Kings took a 2-1 lead midway through the third that New York scored their second goal of the night.

“The bottom line is it’s still a workman’s league,” Islanders head coach Barry Trotz said. “The teams that are willing to work, and use their skill sets, then you can win. If you get away from that, just the pure work ethic and accountability and detail, then you’re not going to have success in this league. You might win some games, but you won’t really make any damage in the league when it all matters.”

“I was really happy with the way we responded. We just stayed with it. Instead of getting discouraged we got determined. And that’s a sign of growth for us.” #Isles pic.twitter.com/7OpFYJYpsm

2. Barzal Line struggled…. and still managed to come up big when needed

Mathew Barzal’s line may not have its best night, but much like the Islanders, it still managed to come up big when the team needed it the most. Barzal’s goal at 13:46 of the third — just 31 seconds after the Kings had taken a 2-1 lead — kicked off the comeback that led the Islanders to victory.

That line had seen limited ice time during the first two periods, and even in the third, they weren’t on the ice as much as they regularly had been in previous games. Trotz told reporters after the game that “they weren’t going.”

The Islanders coach felt that the Barzal line spent too much time in their own end and they were getting frustrated.

“We had a little talk after the second with a couple of the people on that line,” Trotz said. “We needed that line to step up when they didn’t have maybe the first two periods a real great game. They responded and that’s what you want.”

3. The ice was rough at Nassau Coliseum

It had been 12 days since the Islanders had played a game at Nassau Coliseum before this weekend’s slate of contests, and the ice showed that. The puck bounced more than usual and it appeared the Islanders had trouble settling the puck down throughout Saturday and Friday’s games.

The condition of the ice at the Barclays Center or at the Nassau Coliseum hasn’t been an issue this season. And following both games, there were no complaints about the ice from players in the Islanders locker room.