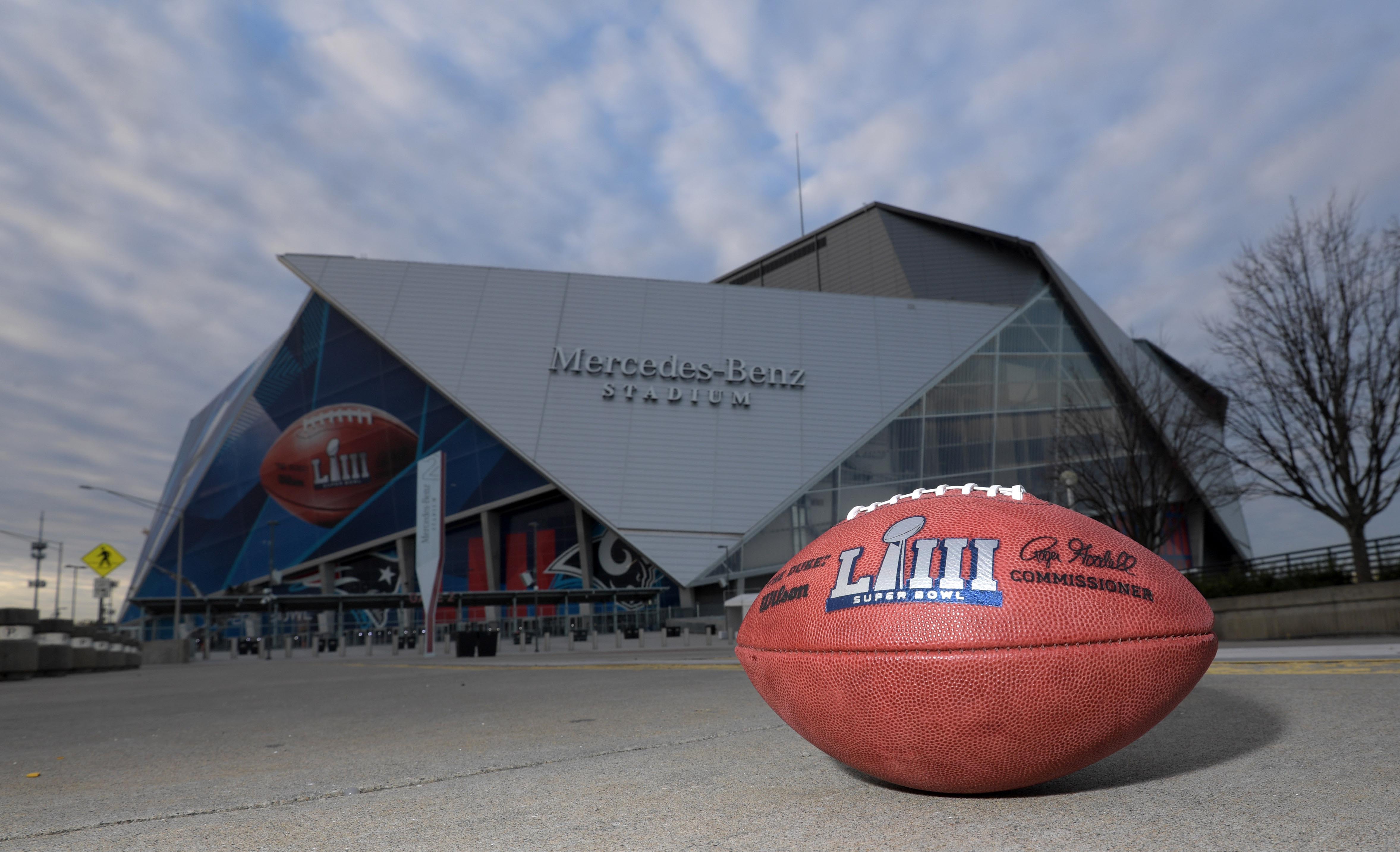 The Super Bowl is one of the most watched programs in all of television, except in New Orleans.  (Honestly, Saints fans, get over it!  You should have run the ball after the two minute warning instead of throwing twice and letting the Rams keep their timeouts!)  Okay, I’m done with that.

Back to Super Bowl 53, and what a game it was.  A shootout of epic proportions, with Tom Brady and Jared Goff going back and forth, trading touchdown passes and constant lead changes…oh wait, that was last year- and it was Brady vs Nick Foles then.  This year’s Super Bowl wasn’t a Brady vs Goff showdown, but a defense dogfight, and it was awesome!  This, of course, was just one of the reasons why we all love football season.  You can read up on more of the reasons in this article at puckermob.com A throwback to the game of yesteryear despite the NFL’s very best attempt to turn the league into a video game.

With that, here are my Super Bowl 53 tidbits.

1- Last year we all asked, “where was the defense?”  Yesterday, everybody asked, where was the offense?  Where was the yards?  The points?  The Rams, who had the second ranked offense in the entire NFL and averaged over 435 yards and 32 points a game, were held to just 260 total yards and three points.

This defense shutout the the 1st and 2nd ranked offenses in the first half of both playoff games, and that brought back memories of that playoff run when the Patriots beat the co-MVPs of the league in Steve McNair and Peyton Manning in back-to-back playoff games. Awesome, just flat out awesome.

3- Where was Todd Gurley?  After shredding the Cowboys in the Divisional Playoff game, Gurley was absent in the championship game against the Saints and in the Super Bowl.  Gurley got only 11 total touches, which for a player that was in MVP contention most of the season, is crazy.  He had to have been hurting pretty bad in order to disappear from the game plan the way he did.

4-  The Patriots offensive line, was awesome.  While the “skills” players get all the accolades, it starts with the big boys up front.  Trent Brown, Joe Thuney, David Andrews, Shaq Mason, and Marcus Cannon, were awesome.  They wore down the Rams defensive line which opened up the running game in the final crucial drive to put the Patriots up 13-3, while protecting Brady, who was only sacked once and rarely touched.

5- The Rams offensive line was dominated, big time.  The Rams ran for only 62 yards after rushing for 273 against Dallas and 77 against the Saints, a game in which they were down 13-0, forcing them to throw more.  Goff was dropped for four sacks and was constantly getting hit after making a throw.

6- The Patriots offense dominated the Rams defense, and it wasn’t close.  The final box score says the Patriots scored only 13 points, but really, they left at the very minimum, nine points off the board.  The list included…

So despite the 13-3 score, those missed chances could have very well led to a 22-3 win for the Patriots.  Bottom line, their offense was good.

7-  It’s okay to have co-Super Bowl MVPs- it’s been done in the past, and yesterday certainly called for it again.  Julian Edelman was going to be the MVP of the game if the Patriots won, no question about it.  But in a game where the 2nd best offense in the entire NFL is held to just three points, how can a defensive player not be named MVP or at the very least, co-MVP?  I mean, seriously, WTF!  With the defensive effort the Patriots put up, I honestly would have been okay with Belichick or Brian Flores being named MVP too, but since they coach, not play, then that honor should have gone to either Donta Hightower or Stephone Gilmore.

Hightower finished with two sacks, and a pass breakup that was really a dropped interception, however, Hightower was all over the field, and constantly put pressure on Goff.  Gilmore had five tackles, a forced fumble, three passes broken up, and the game clinching interception.

Seriously, how do the voters not see this?  In a defensive dogfight, no defensive MVP?

8-  A year after seeing only one punt in the Super Bowl, this year we got a punters festival!  Johnny Hekker and Ryan Allen put in some work, combining for 14 total punts.  Eight fell inside the 20-yard line and the longest punt in Super Bowl history now belongs to Hekker, which went for 65-yards.

Special teams is often overlooked, and field position is valuable in a defensive game, and here, the punters finally got some well deserved love.

9- The Patriots out-coached the Rams.  Last year, it was Philly who did the deed, this year, it was the Patriots.  Offensively, the Patriots wore down the Rams defense, which finally broke in the 4th quarter thanks to a pair of long scoring drives that went for 69 and 72 yards.  Julian Edelman and Rob Gronkowski combined for 16 catches and 228 yards while the Patriot ran 32 times for 154 yards against a defensive that only allowed 47 yards to Ezekiel Elliott and 46 total yards rushing to Mark Ingram and Alvin Kamara.

On defense, the Patriots constantly pressured, sacked, and hit Goff with stunts and blitzes, stopped the Rams running game, and forced the biggest turnover of the game, stopping a scoring drive.

10- Just in case everybody forgot, the Patriots are still here, and they are still the best team in the NFL. They were too old, too slow, not good enough, not exciting, they had an okay defense, a beat up Gronkowski, a 41-year old quarterback, they lost to Miami on a last second miracle play, they had a losing record on the road, and at one point, were sitting in third place in the AFC playoff picture.  They rallied to claim the No. 2 spot, beat one of the hottest teams in the league in the Chargers, and then Tom Brady magic showed up in a game for the ages against Kansas City, a team they were underdogs to.  They beat the No. 1 and No. 2 offenses in the NFL and they beat the Offensive and Defensive MVP in back-to-back games.  The Patriots are the NFL’s version of the San Antonio Spurs, hardly anyone outside of their region actually cares for them, and yet, they are still here.

And just in case you forgot, check out Brady’s Instagram video he posted after the win:

Congratulations to the Patriots on winning the Super Bowl and showing the league once again, that it’s the best teams that win championships!