Your Morning Dump... Where the Celtics have quietly climbed into 3rd place amid all the chaos 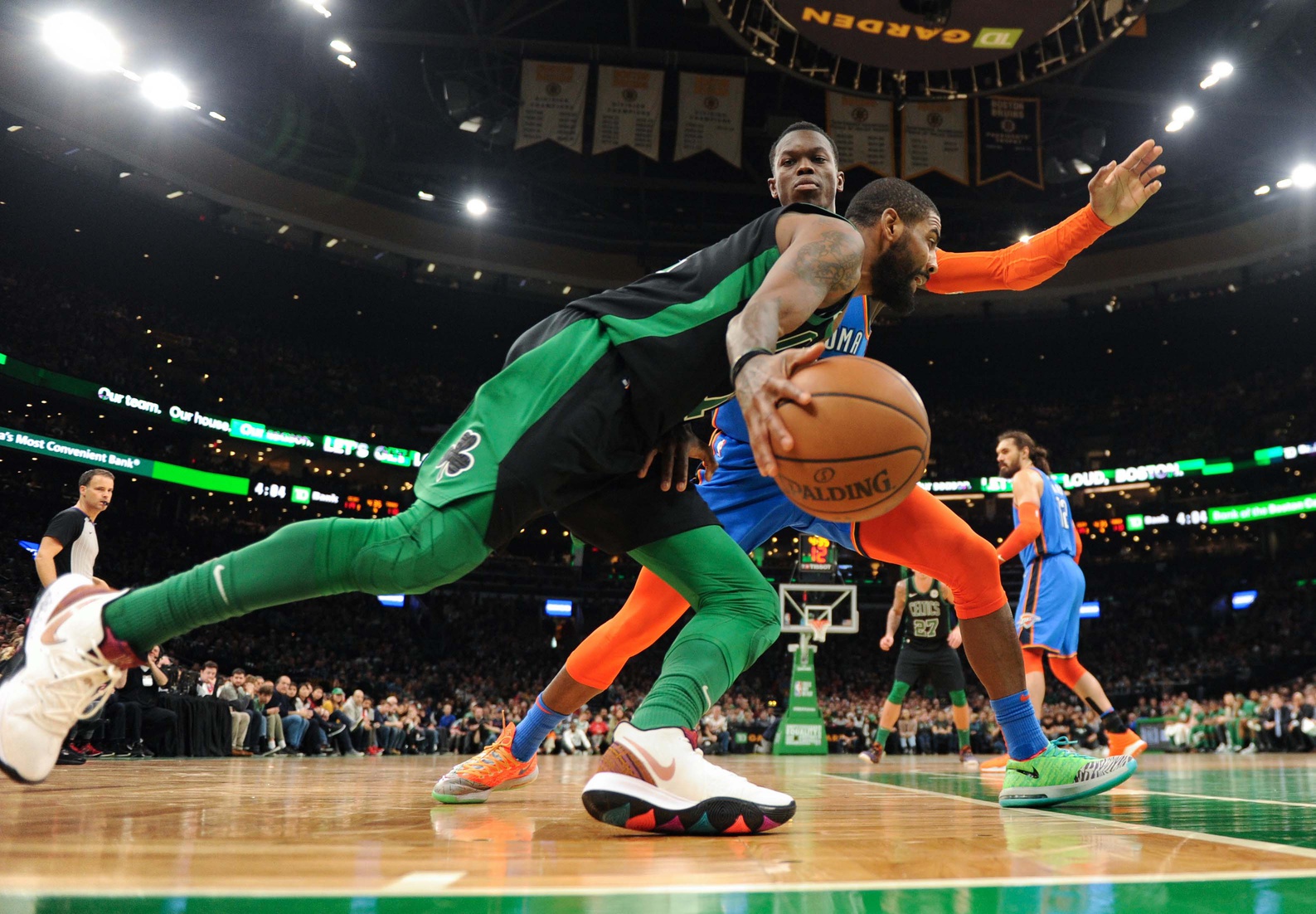 Your Morning Dump... Where the Celtics have quietly climbed into 3rd place amid all the chaos

“When we get out and run, we’ve got a lot of athletes and a lot of guys that can make plays, and we’re real dangerous,” Celtics guard Marcus Smart said. “When we get stops we’ve got to be able to run and we’ve got to make teams pay for that.”

It was the Celtics’ ninth win in 10 games, the lone setback in this stretch being the near miss against the world-champion Warriors. With Sunday’s victory, the Celtics climbed into a tie with the 76ers for third place in the Eastern Conference, and with a game against the lowly Cavaliers looming Tuesday, there is no reason to believe this run will stop now.

Irving led Boston with 30 points and 11 assists. He made 14 of 19 shots, including 13 of 14 2-point attempts, as he consistently carved into the lane and had his way once he got there.

While we’ve been conjuring up trade proposals for Anthony Davis and sweating out every syllable uttered by Kyrie Irving, the Celtics have kept on winning.

Amid some cupcakes and should-win games over the next few weeks (Clev, Detroit, Lakers, Clippers, Bulls) the Celtics have important road games vs Philadelphia, Milwaukee, and Toronto.

I realize it’s way too early to be thinking about playoff seeding but… who would you rather play on the road in the 2nd round: Milwaukee or Toronto? I’m leaning Bucks.

The Celtics will be without Aron Baynes (contusion) for a few weeks:

Baynes said that he began to experience pain in the top of his foot a couple weeks ago, and that typically an injury like this heals pretty quickly, but in this case it did not, so he underwent an MRI.

“It’s one of those things that’s just over the course of a couple weeks has been building,” Baynes said. “Just the load had been too much.”

Baynes said that he could have tried to play through the injury, but that the risk of suffering a stress fracture removed that option.

Baynes will be missed but Daniel Theis stepped up admirably yesterday. His 14 points led all bench scoring yesterday vs OKC.

“Just honestly, don’t be so hard on yourself,” George said, when asked what he would say to Hayward for advice. “I was fortunate. Again, when I got hurt, the following season I got to play six games and that kind of helped me into the transition. The fact of the matter is, everybody’s expecting Gordon to be Gordon from Utah. But he’s not. He’s gotta take strides, take steps along the way. Fans can’t be too hard on him. He can’t be too hard on himself. The game is different. You get hurt and sit out a year and try to come back, the game is totally different (than) the way you left it. He’s got to adapt, find his game, find his rhythm, block out the noise that people are expecting him to be himself right away. It takes time.”

Sigh. There’s nothing we can do but wait.

.@Patriots like that team that runs the floor in open gym and never loses and u hate em…unless you them.

Mass Live – One of those Kyrie games plus 10 things…