Any Islanders playoff home games should be played at Nassau Coliseum 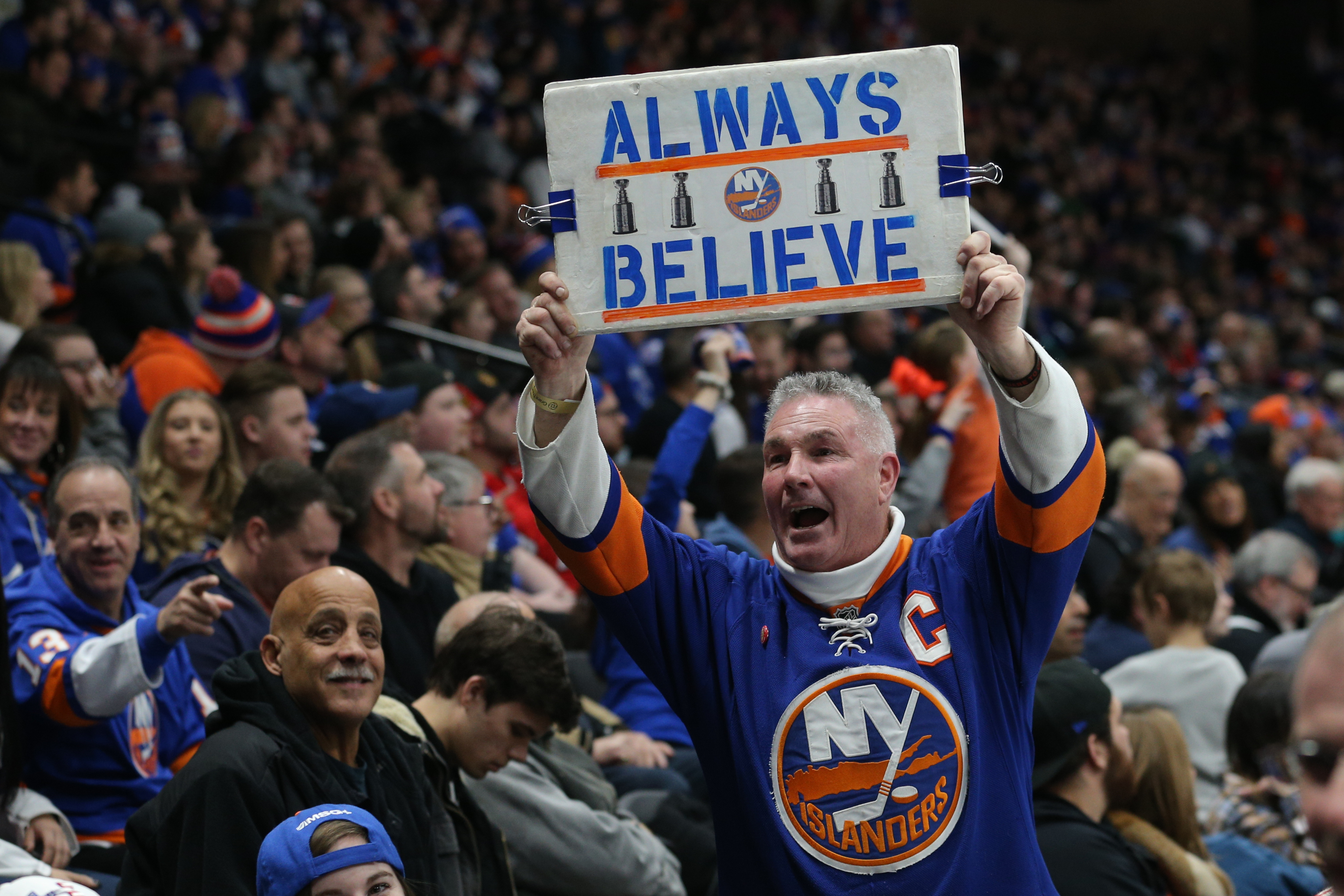 Any Islanders playoff home games should be played at Nassau Coliseum

It’s become abundantly clear where the Islanders should play any home playoff dates this year, and it isn’t at Barclays Center. If anyone needed any more proof why the Nassau Coliseum is the only choice all they have to do is look back to this weekend.

On Friday, there was an electric atmosphere in the air as the Islanders went toe-to-toe with the best team in hockey, the Tampa Bay Lightning. On Saturday a sold-out Nassau Coliseum helped rally the Islanders to a comeback win over the Los Angeles Kings.

“It’s special actually,” Ryan Pulock said on Saturday about the Coliseum. “When you start getting that momentum of that tying goal and [the fans] start bringing the noise, it just drives you to continue to push. We can feed off of that.”

There has been no comparing the atmospheres in the Islanders respective home rinks, mainly because the Coliseum has blown out the Barclays Center in the categories that it matters most. The fans love it in Uniondale, the Players take their game to another level there — the Islanders are 6-1-2 at the Coliseum this season — and the experience is a country mile better than in Brooklyn.

Not to mention, all but one game at the Coliseum has been sold out. Barclays Center cannot say the same.

Even Nassau County Executive Laura Curran can see what a special place the Coliseum has already been for the Islanders. Curran wrote an open letter to NHL Commissioner Gary Bettman endorsing the idea that any potential home playoff games take place in Nassau County.

“On behalf of the thousands of Nassau County residents and Long Islanders who bleed orange and blue, I urge you to give our team the chance to make a bid for the Stanley Cup at the Nassau Coliseum,” Curran wrote.

On behalf of all those in #NassauCounty who bleed orange and blue, today I wrote to NHL Commissioner Bettman asking him to give our Islanders the chance to make a bid for the Stanley Cup at the Nassau Coliseum.
#FortNeverLose #LGI pic.twitter.com/9vmYM63f8V

The company line has been that it will be a “collaborative effort” in regards to where any potential home dates in the postseason would be played, but the NHL ultimately will have the final say. That idea makes some groan with the expectation that the league will choose greater revenues over a better experience for the fans and players.

The Barclays Center seats 15,795 compared to the 13, 917 the Nassau Coliseum holds. And there are far more suites in Brooklyn than the 12 that was renovated as part of a $165 million upgrade to the arena.

Still, for a league that just collected over half a billion dollars in expansion fees, the NHL should do right and look beyond the dollars and cents of the issue. The Coliseum is still home for most Islanders fans and it’s where they want to be in the spring.

And for a sport that still struggles to translate well on TV, there are few arenas quite like Nassau Coliseum that can really give the viewer at home that feeling that draws them in. You don’t get that at the Barclays Center.

The Islanders still have another 31 games to go before the season ends and anything could happen. Six points are all that separates the Islanders and being outside of the playoff picture, so nothing is guaranteed just yet when it comes to the postseason.

However, as Curran wrote to Commissioner Bettman, there really is only one choice when it comes to where to host potential Islanders home playoff games: “The Barn.”