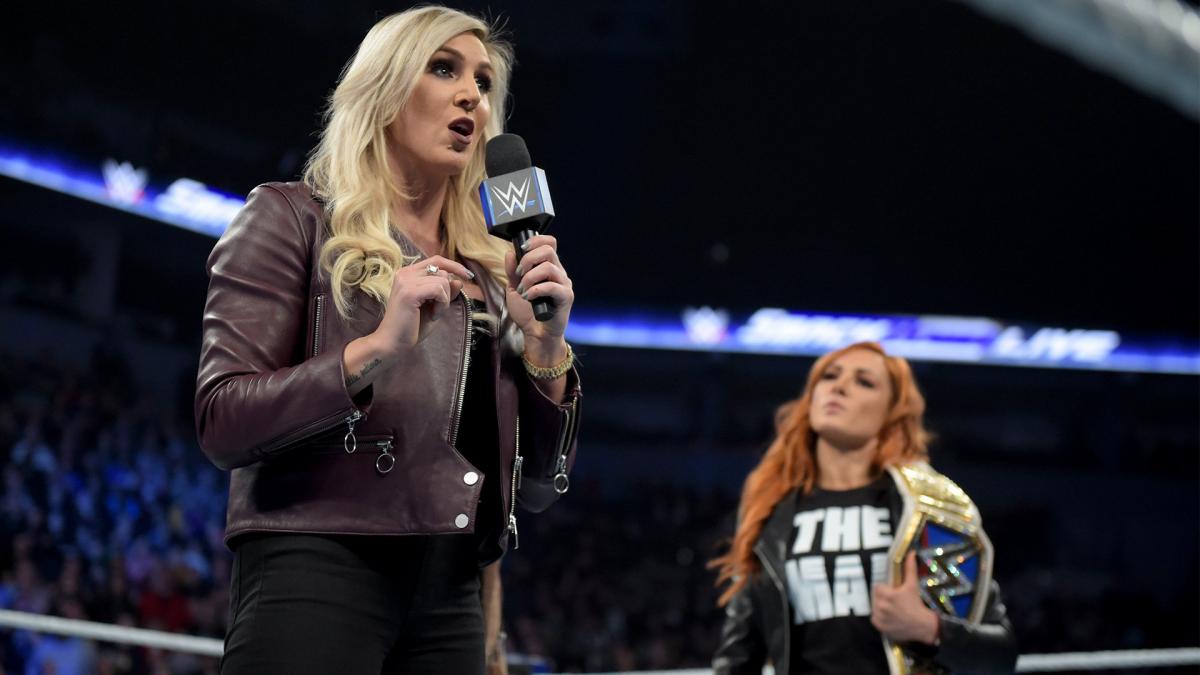 Since the culmination of the Women’s Royal Rumble Match almost two Sundays ago, fans have been wondering what will be the case for Charlotte Flair en route to WrestleMania.

Flair was the last woman eliminated courtesy of rival Becky Lynch, who subsequently won the Women’s Rumble, has chosen to face Ronda Rousey at the show of shows.

However, reports are surfacing that Flair will indeed be added to what’s being called the main event of WrestleMania.

Flair and Rousey tangled at last year’s Survivor Series after Lynch was not medically cleared to compete due to a concussion.  The shocking conclusion of the match left fans bewildered at Flair’s vicious post-match attack of the former UFC star.

Plans certainly shifted thanks to the last-minute exclusion of Lynch last fall.  While the match at Survivor Series was successful, it is also noted on the Wrestling Observer Newsletter that the reception of the match is one of the reasons why Flair is being considered to have a spot in this history-making match at WrestleMania.

The Wrestling News Observer also reported that original plans were to have Rousey face Flair at the Royal Rumble, followed with losing to Lynch at WrestleMania.

Lynch is arguably white-hot in the entire company right now.  If anything else, her stock became even higher with the monumental Smackdown Invasion on Raw prior to Survivor Series.

That is where Lynch’s comparisons to Stone Cold Steve Austin come in.  Her anti-hero coming out party last summer at SummerSlam backfired on the company.  The intent of making Flair the victim of Lynch’s post-match assault was much warranted due to Lynch’s frustration of not winning the Smackdown Women’s Championship.

Lynch’s arguments hold true since that moment, and it does nothing for Flair or Rousey otherwise.

Fans shouldn’t forget that Flair has had her share of history-making moments.  With Lynch’s rising popularity, perhaps that fact shouldn’t be threatened at the expense of having another check on Flair’s list of accomplishments.  In addition, current Smackdown Women’s Champion Asuka is in need of a WrestleMania opponent.

A WrestleMania rematch more than likely may not happen, but conceivably it isn’t ruled out either.  There is also the Superstar Shakeup to contend with after WrestleMania passes.  An idea that comes to mind is perhaps either Flair or Rousey jump to a different brand to build a program for this year’s SummerSlam.  Being alluded to as the second WrestleMania, this would definitely bring the heat and build interest over the summer.