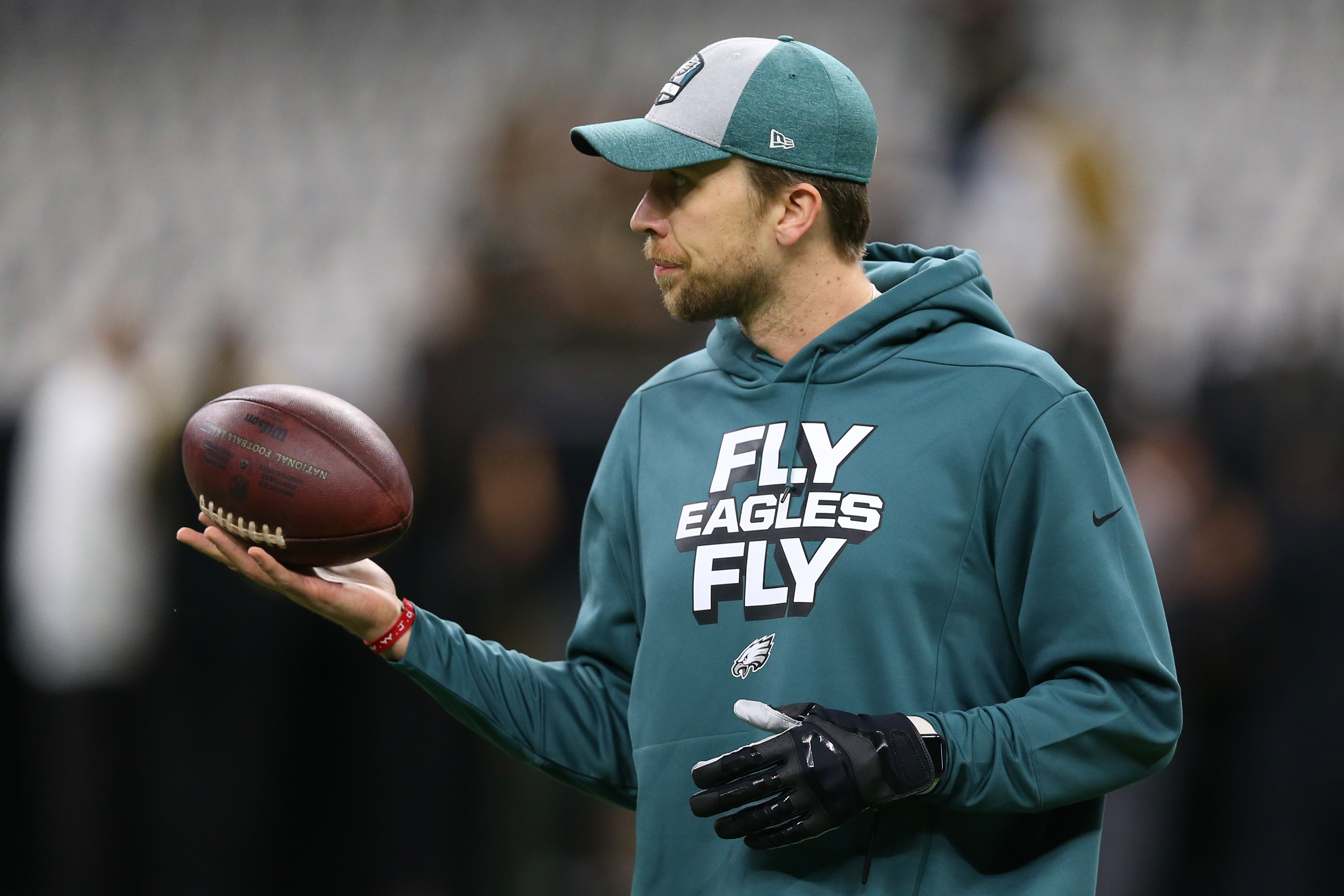 Philadelphia Eagles quarterback Nick Foles could probably use a ten-day contract from the Philadelphia 76ers.

We’re officially down to two major professional sports playing right now. As the NFL wrapped up with the Super Bowl this past Sunday, it’s almost about that time to start getting into crunch time for basketball and hockey. The NBA hasn’t hit the All-Star break yet, but it’s coming up very soon.

For the Philadelphia 76ers, they are in good shape heading into the second half of the year. However, that doesn’t mean that they are fully equipped for a championship run just yet. There are still teams in the Eastern Conference that may be more strapped with championship caliber talent, and the Sixers could surely use an upgrade when it comes to depth off the bench.

With the trade deadline coming up, the Sixers are expected to be heavily involved. They may not be in the market for a big star like Anthony Davis, but it would be shocking if they don’t make a deal or two. Last year, the Sixers made their finest upgrades for a second-half run around this time. And this time around, they may need to do the same thing. Call me crazy, but maybe the Sixers should consider bringing in Philadelphia Eagles quarterback Nick Foles for a ten-day contract (joking, obviously.)

Foles shows off his long-range jumper

While hanging with Villanova’s Men’s basketball coach, Jay Wright, Nick Foles decided to show off his long-range jumper in the driveway. We’ve heard that Foles had a wet jumper all throughout his Super Bowl run last season, but he finally gives the world a preview of what he’s got. And go figure, the football star’s jump shot is as good as advertised.

The Sixers responded to Foles’ via Twitter with an impressed reaction. Then, they followed up by asking him if he’s around for more games. While Foles’ days in Philly may be numbered this offseason, the Sixers are going to have to do all they can to get him out to more games. They could use the good ju-ju from the Super Bowl MVP himself.