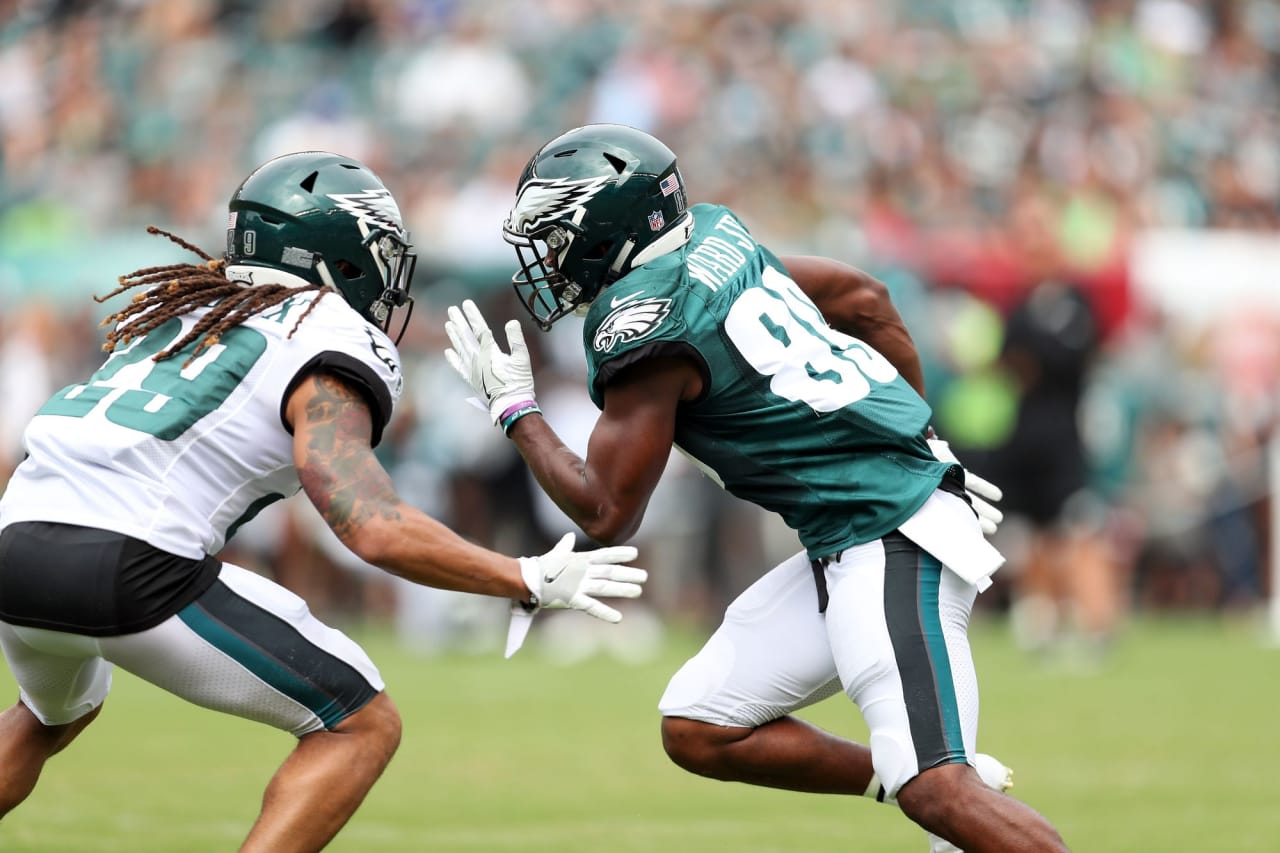 There’s this new “Spring Football” league with an actual TV contract, in case you’re looking for some pigskin diversion in addition to the “what happens to Nick Foles?” drama.

EYE will tune in to the new league mostly to watch former Eagles at work. Before we list those players, here is some basic skinny:

AAF stands for Alliance of American Football, which was announced last March by co-founders Charlie Ebersol and Bill Polian, the latter of whom spent decades working as an NFL executive. It is an eight-team league that exists to both complement the NFL during the offseason and showcase local, developing talent. Its leadership board features former NFL players Jared Allen, Hines Ward and Troy Polamalu, and its mission is to provide “high-quality professional football fueled by a dynamic Alliance between players, fans and the game.”

The AAF’s inaugural eight franchises are as follows:

Here’s a rundown of some of the most notable names on each team entering 2019:

The AAF’s 10-week, 40-game regular season will begin Saturday, Feb. 9, at 8 p.m. ET from Spectrum Stadium in Florida, where the Orlando Apollos will host the Atlanta Legends; and from The Alamodome in Texas, where the San Antonio Commanders will host the San Diego Fleet.

CBS is scheduled to broadcast the AAF’s Feb. 9 Opening Day, while CBS Sports Network will then carry one AAF game each week throughout the season.

Former Eagles involved include Michael Vick —-but he’s not playing. Vick is the offensive coordinator of the AAF’s Atlanta Legends.

[Sometimes EYE forget Vick had one of the greatest seasons for a quarterback in Eagles history in 2010, completing 62.6 percent of his passes for 3,018 yards, 21 touchdowns, six interceptions (110.2 rating) in leading the team to the NFC East title. He also had 676 rushing yards and nine touchdowns.]

Former Eagles actually playing (and looking for an eventual second chance in the NFL) are:

Huff later signed with the Tampa Bay Buccaneers after the Eagles released him once he was charged with gun and marijuana possession in November of 2016. He was promoted to the Buccaneers active roster in December of 2016, but had just three catches for 41 yards with the team. He is now 27 years old.

CHRISTIAN HACKENBERG (QB—Memphis Express)… Hackenberg went just 7-for-16 for 69 yards, no touchdowns and two interceptions for a 16.9 passer rating in his preseason Eagles debut in 2018, three weeks after he signed with the team in August. Hackenberg was on the New York Jets’ 53-man roster for two seasons, but was inactive for 15 games last season. He spent most of 2018 on the Cincinnati Bengals practice squad.

AARON EVANS (OT/G—Orlando Apollos)…Evans signed with the Eagles as an undrafted free agent out of Central Florida last season, where he started 36 of 38 games at left tackle. Evans wasn’t the most versatile lineman on the Eagles, having played just one college game outside of left tackle when they signed him.

The Eagles moved Evans (6-4, 316) to guard in minicamp, but he was behind Stefen Wisniewski and Chance Warmack on the depth chart for the duration of training camp. Evans had an opportunity to impress the Eagles in training camp and the preseason in hopes of making the practice squad.

C.J. SMITH (DB—Salt Lake Stallions)…A 2016 undrafted free agent out of North Dakota State (he was a teammate of Carson Wentz there), Smith (5-11, 188) entered the NFL with the Eagles, appearing in 10 games and making one tackle during his rookie campaign. After his release from Philadelphia in 2017, he landed in Cleveland, spending a majority of the 2017 season on their practice squad. He played in three games for the Browns, recording an additional tackle.

A four-year contributor at NDSU, Smith notched 57 pass breakups across 58 career games, the second-most deflections in school history and fourth-most in FCS history. He also was part of a program that captured five-straight FCS championships from 2011-15. During the pre-draft process, he showed well in front of scouts and evaluators by logging a 39-inch vertical jump and a 10-foot-11 broad jump at his Pro Day.

GREG WARD (WR—San Antonio Commandeers)…Ward had nine catches for 63 yards in the Eagles’ 2017 preseason. An undrafted free agent out of Houston, Ward was let go by the Eagles on 53-man roster cutdown day, but signed with the practice squad a day later. He was released again, but signed back in September.

A converted quarterback out of Houston, Ward was one of the nation’s top quarterbacks, completing 67.5 percent of his passes for 8,704 yards and 52 touchdowns compared to 26 interceptions in his four years with the Cougars. He also rushed for 2,381 yards and 39 touchdowns. Ward did start his career at Houston as a wide receiver, just looking for an opportunity to get on the football field. He had 228 receiving yards and two touchdowns in his career with the Cougars.

Ward was released on the final cutdown day in 2018.

TERRELL WATSON (RB—San Diego Fleet)…Watson was signed to the Eagles’ practice squad in 2016 and was promoted to the active roster 10 days after signing with the club. He made his NFL regular season debut in Philadelphia’s Week 17 victory over the Cowboys, rushing nine times for 28 yards and a touchdown in the win. He was waived by the team in May of the 2017 offseason.

Shortly after being released by the Eagles, Watson agreed to a one-year deal with the Steelers. After leading Pittsburgh in rushing during the 2017 preseason, Watson beat out Knile Davis and Fitzgerald Toussaint for a spot on the team’s 53-man roster. Watson briefly found a niche as the team’s short yardage back. In Pittsburgh’s first six games of the 2017 season, Watson converted three third downs for the Steelers that included a key third down conversation on Pittsburgh’s first drive in their Week 6 victory over the Chiefs. He also extended Pittsburgh drives in Week 4 against the Ravens and in Week 3 against the Bears.

Watson ended up with the New York Giants, but was released by the team last May.