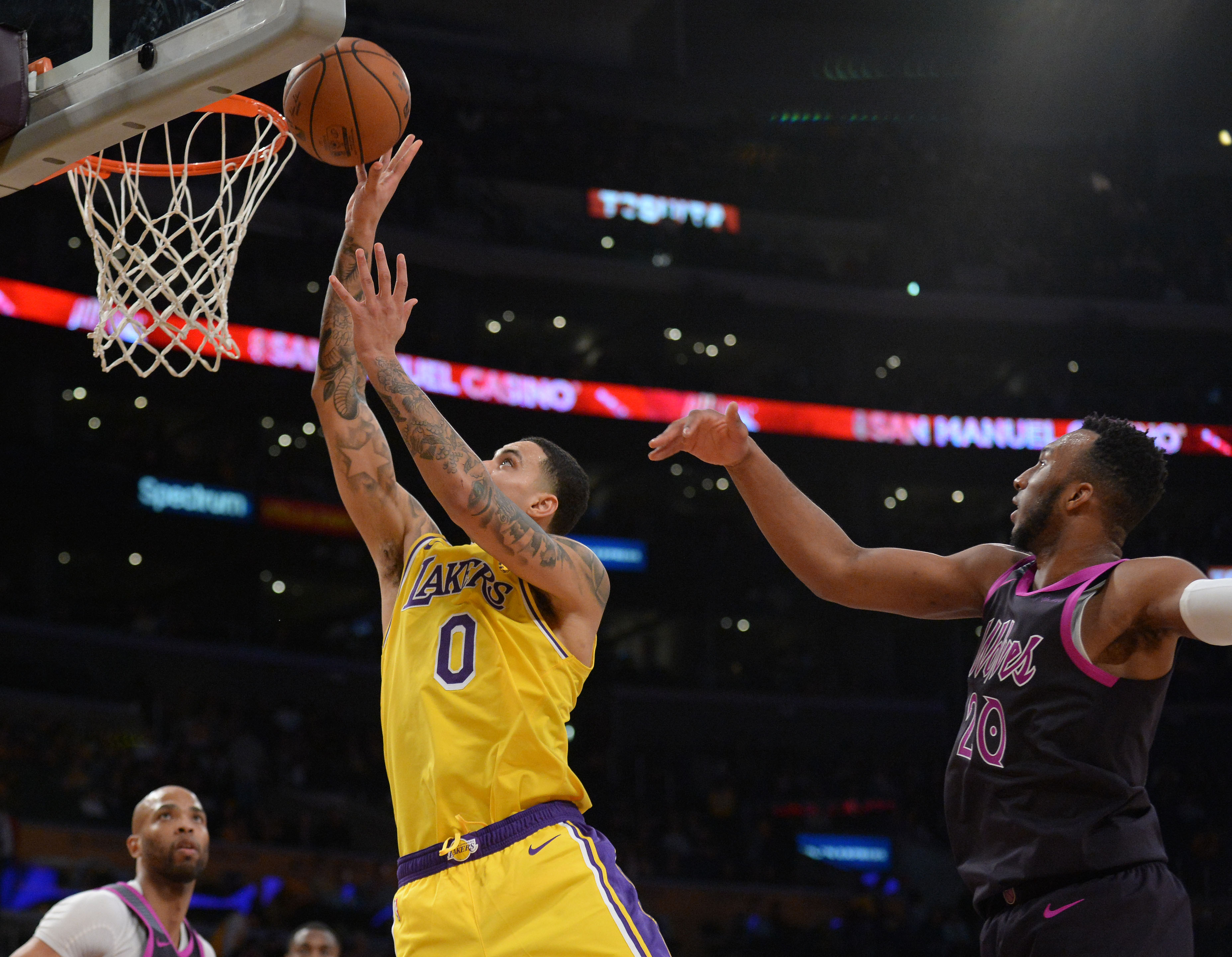 Kyle Kuzma knows very well that he, and a number of his Lakers teammates, could be on the move in the next 24 hours, with the NBA trade deadline on the horizon.

Just look at this shot from the second half of Tuesday’s game against the Pacers, with LeBron James leaving multiple empty seats in between him and his teammates on the bench.

There’s LeBron…. then everybody he wants to trade to his right pic.twitter.com/nJK0I8D9aA

Still, Kuz is keeping a level head, and actually dropped a funny line as it relates to him possibly being on the move. When asked about how he could avoid all the trade talk, he suggested going “Bird Box.”

Obviously, this is a reference to the movie starring Sandra Bullock, in which its characters were forced to tie bandanas around their eyes for survival. Still, that was a pretty great answer, especially if Kuzma came up with it on the fly.