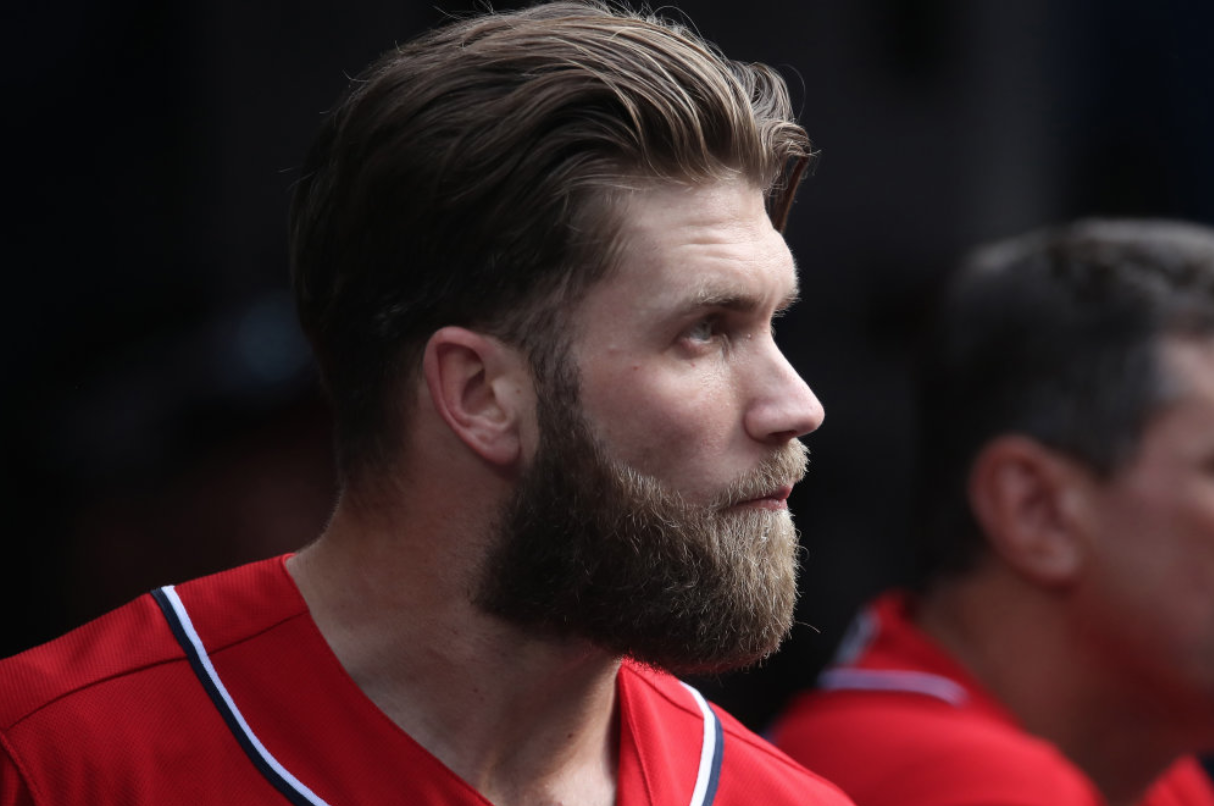 Superstar slugger Bryce Harper was known for rocking his signature beard during the majority of his time spent as a member of the Nationals in Washington D.C., but now that he’s a free agent, he might have to change his look.

It’s well-known that the Yankees, for example, favor the clean-shaven, professional look. That’s something that’s been ingrained in their organization since their inception.

So with Harper’s agent, Scott Boras, currently negotiating with teams that are in the mix for his services, fans and analysts alike have been paying a lot of attention to the slugger’s daily life. There have been rumors and Photoshopped photos showing him in Philadelphia gas stations, among other stuff. And now, with it being noticed that Harper has shaved his beard, the Yankees rumors are back in full swing.

Yankees brass/manager Joe Girardi have both been quiet as it relates to Harper, leading the public to believe that they’re not really in on him or Manny Machado. But they’re also great at keeping in-house moves close to the vest, so the fact that Harper shaved his beard does lead us to think the Yankees are still in the mix. Stay tuned.