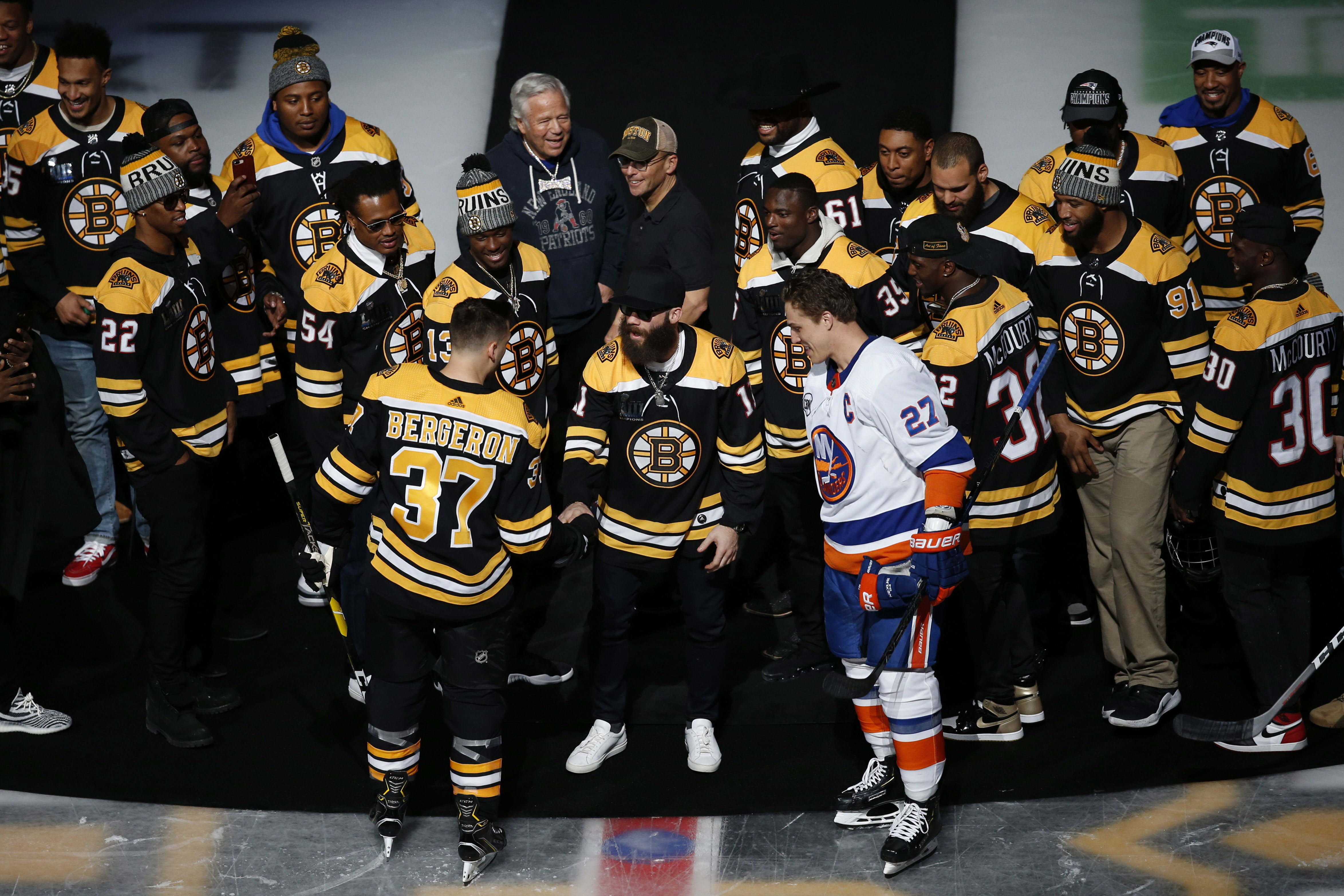 The Super Bowl LIII MVP and New England Patriots wide receiver delivered an epic puck spike for Patrice Bergeron and Anders Lee during a ceremonial face-off before the Boston Bruins game against the New York Islanders on Tuesday.

The Bruins honored the Patriots for defeating the Los Angeles Rams 13-3 on Sunday for New England’s sixth championship and third in five seasons. Four years ago, when the Bruins honored the Patriots for their Super Bowl XLIX win against the Seattle Seahawks, Gronkowski slammed the puck during a ceremonial face-off to the delight of New Englanders.