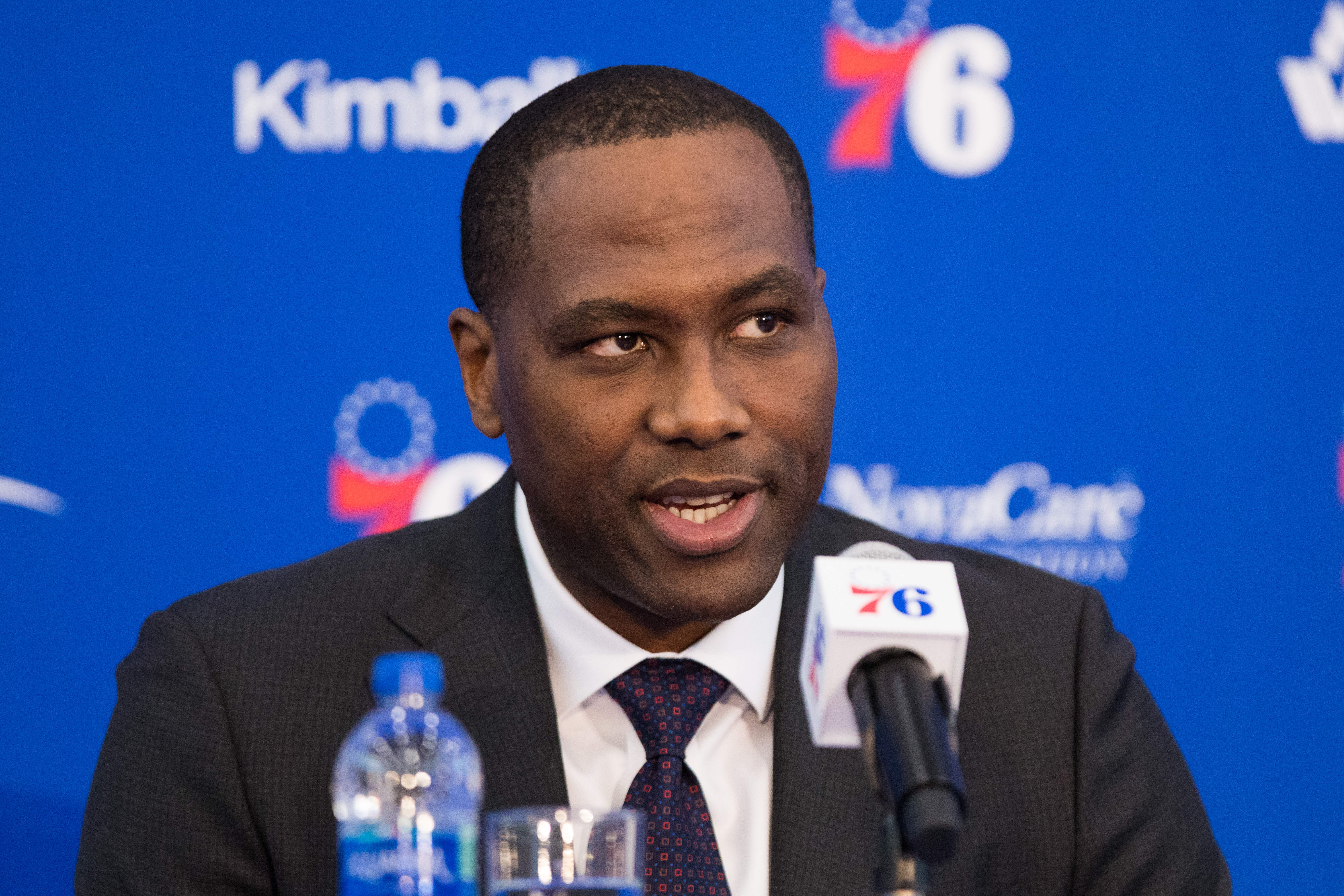 The Philadelphia 76ers were well into the first quarter on Tuesday night at the Wells Fargo Center when their General Manager Elton Brand made his way to his seat. Typically, Brand isn’t all that late to the game, but some essential discussions were going down before tip-off, which caused Brand’s tardiness.

The Sixers were taking on the Toronto Raptors. The last time these two teams met in Toronto, the Sixers came away with a victory, thanks to the fact that Kawhi Leonard took the night off. This time around, Leonard played, and the Sixers pretty much took a beating all night long.

Granted, the referees were as bad as they come, but the Sixers didn’t do themselves any favors as shots weren’t falling. Not to mention, the Sixers were turning the ball over at a rapid pace as well.

All in all though, Brand must’ve known he had something up his sleeve. Because he didn’t play it all that cool. In fact, he smiled back at the fans who demanded a trade to happen for the Sixers before the deadline. He must’ve known something was up – because hours after the disappointing loss to the Raptors, the Sixers made a blockbuster move.

Elton Brand is doing a fine job so far…

When Elton Brand got up from his seat near the end of the first half last night, that same fan shouted to him to get something done. "I got you," Brand told him & walked off. A few hours later, the 76ers have Tobias Harris, Boban Marjanovic & Mike Scott. Man, they're going for it

Some fans wanted Anthony Davis, but they should’ve known that wasn’t going to happen. Davis is the natural name to yell right now, but there were others in attendance who called out for Tobias Harris. Next thing you know, Harris is a part of the Sixers along with Boban Marjanovic and Mike Scott.

Brand has been in the general manager’s seat for roughly about four months and has already made two blockbuster trades. In one exchange, he got Jimmy Butler, who at the time was the biggest name available. Now, he made another blockbuster move to acquire another big name in Harris.

The situation could be very different if Brand weren’t in the picture as a general manager right now. Who knows where the Sixers would be. We don’t know just how well the Sixers are going to do moving forward. However, the fans should be more than satisfied right now as Brand made a big move before the deadline and gave the people what they wanted. What’s next?