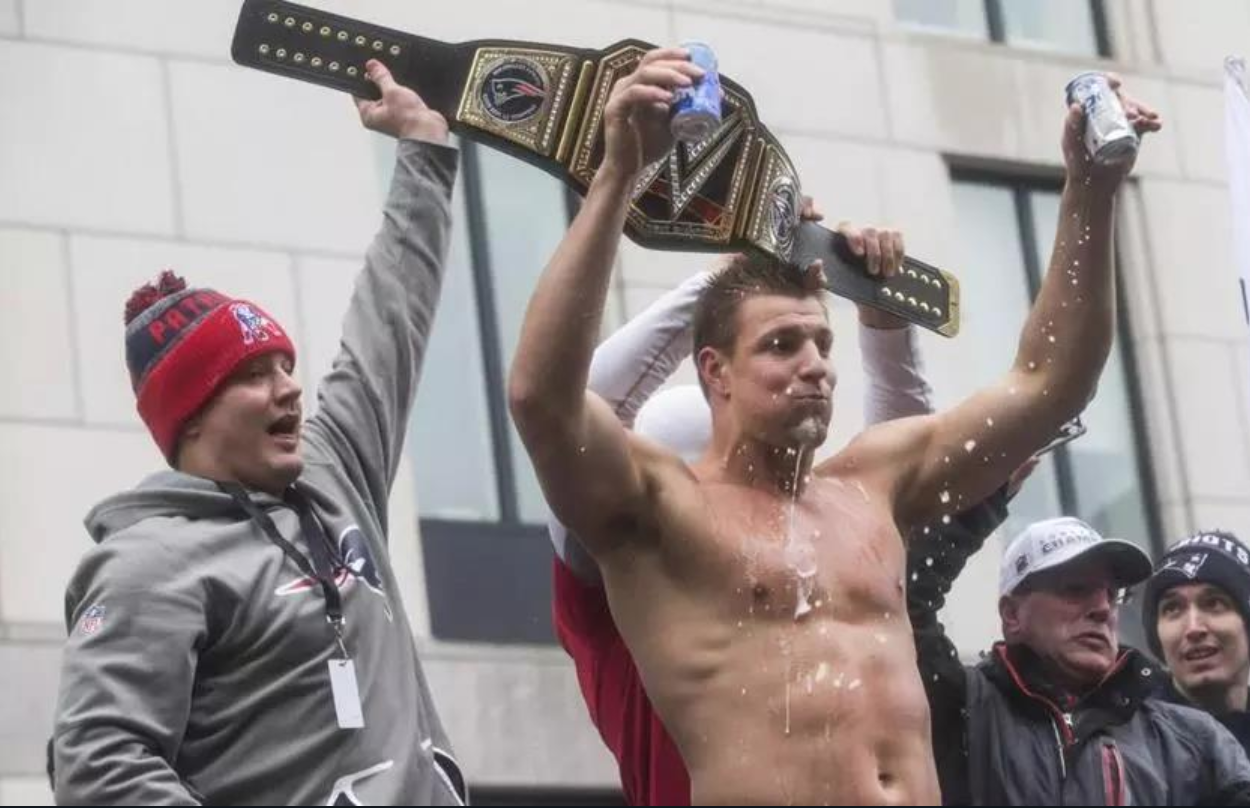 Patriots tight end Rob Gronkowski may have played in his final NFL game, but he went out with a bang (which holds double meaning, as you’ll soon find out). Gronkowski was a big part of the team’s 13-3 win over the Rams in Super Bowl LIII, and if that was his swan song, it’s safe to say he went out on top.

Back to the double meaning — going out with a bang — Gronk partied it up big-time at the team’s afterparty which followed the big game. He even told head coach Bill Belichick he was going to have fun before it began, while the two were celebrating the big win on the field.

Gronk: “I haven’t stepped out in like eight months. I gotta step out tonight.”

Video footage of Gronk dancing shirtless at the party recently surfaced, and it’s safe to say the Patriots tight end enjoyed himself.

Will Gronk ever put his shirt back on again? pic.twitter.com/m7uYqUKE4I

We can’t wait for the Summer of Gronk/Gronk Retirement Tour to begin.