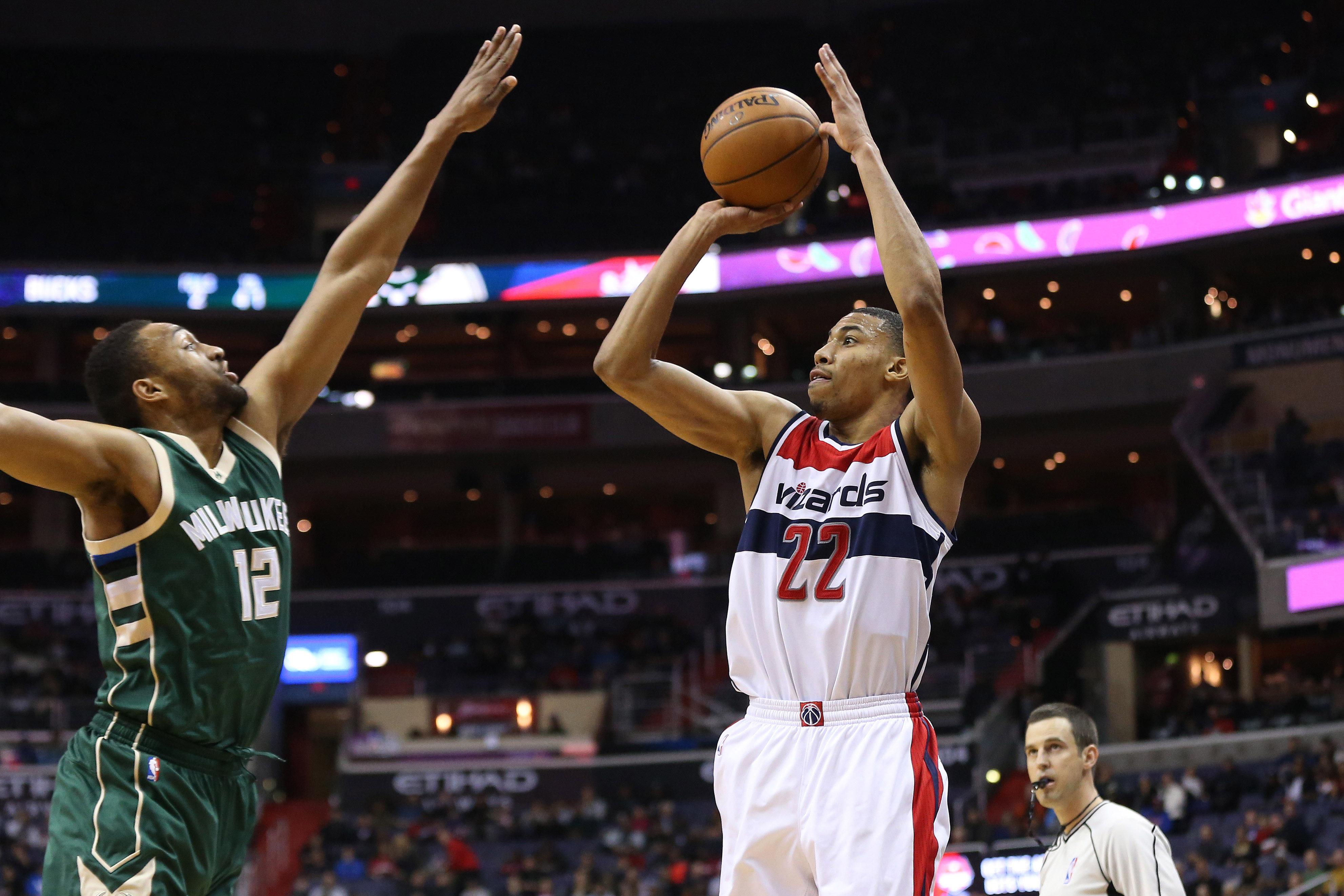 The Washington Wizards sure are an interesting NBA organization. Days after majority team owner Ted Leonsis said the team will not be trading John Wall, Bradley Beal, or Otto Porter, the Wizards have moved the latter. This coming two days after the team learned that Wall may miss the entire 2019-20 season after it was discovered he nearly completely ruptured his left Achilles tendon.

In a trade with the Chicago Bulls that materialized quickly, the Wizards received Jabari Parker, Bobby Portis, and a protected 2023 second round draft pick. The Athletic’s Shams Charania was first to report the pieces.

Porter has regressed from his elite three-point shooting the two previous seasons and his overall numbers dipped as well. In 41 games this season, the forward averaged 12.6 points on 45.7 percent shooting from the field (his lowest since his second year in the NBA) including 36.9 percent from beyond the arc and 5.6 rebounds per game.

Sources told Hoop District that Porter was not happy in Washington in recent seasons and used his max offer sheet from the Brooklyn Nets to try and breakout in 2017. Others told the site that Wall would have been pleased if Porter was moved earlier in the season, when the team started 2-9.

Parker, soon to be 24 in March, is a 6-8 power forward in his fifth season in the NBA out of Duke and on his third team in less than a year. In 39 games, Parker averaged 14.3 points and 6.2 rebounds per game. He shot 47.4 percent from the field and 32.5 percent from beyond the arc on nearly three attempts from deep per game. He is on the books for $20 million this season and has another $20 million team option for next season. It is unlikely Washington picks up that pricey option already up against the cap.

Portis, turning 24 on February 10, was passed over in the 2015 NBA Draft when Washington moved up to take Kelly Oubre Jr. despite liking the Arkansas product. In his fourth season in the NBA, mainly coming off of the bench, Portis is averaging 14.1 points on 45 percent shooting including 37.5 percent from deep and 7.3 rebounds in 22 games. The 6-11 big will enter restricted free agency this summer along with Tomas Satoransky and Sam Dekker.

Neither Parker nor Portis may be on the roster for the 2019-20 season, which is fine because at the end of the day this was a salary dump by the Wizards. The move saves Washington nearly $9 million including the tax this season. It gets them to within $2.3 million from getting under the tax line and avoiding any chance of the repeater tax for years to come. Most importantly, Washington goes from having over $116 million, seven million over the cap, on the books next season across just six players, assuming Dwight Howard opts in to his ridiculous player option, to just $89 million if Parker’s team option is declined.

Ahead of Thursday’s 3 p.m. trade deadline, it is highly plausible that the Wizards make another move or two. Trevor Ariza and Jeff Green will be sought after by playoff teams looking to add veteran depth. Trading Ariza can help ensure getting under the tax, while maybe Green can be paired with  Markieff Morris to further reduce the team’s lofty payroll. To me, you look to take back expiring contracts and draft picks when parting with any more players.

The Wizards play in D.C. on Friday against the Cavaliers on the first game of a back-to-back before they quickly visit Porter in Chicago on Saturday.