Celtics rumored to have interest in Knicks center Enes Kanter 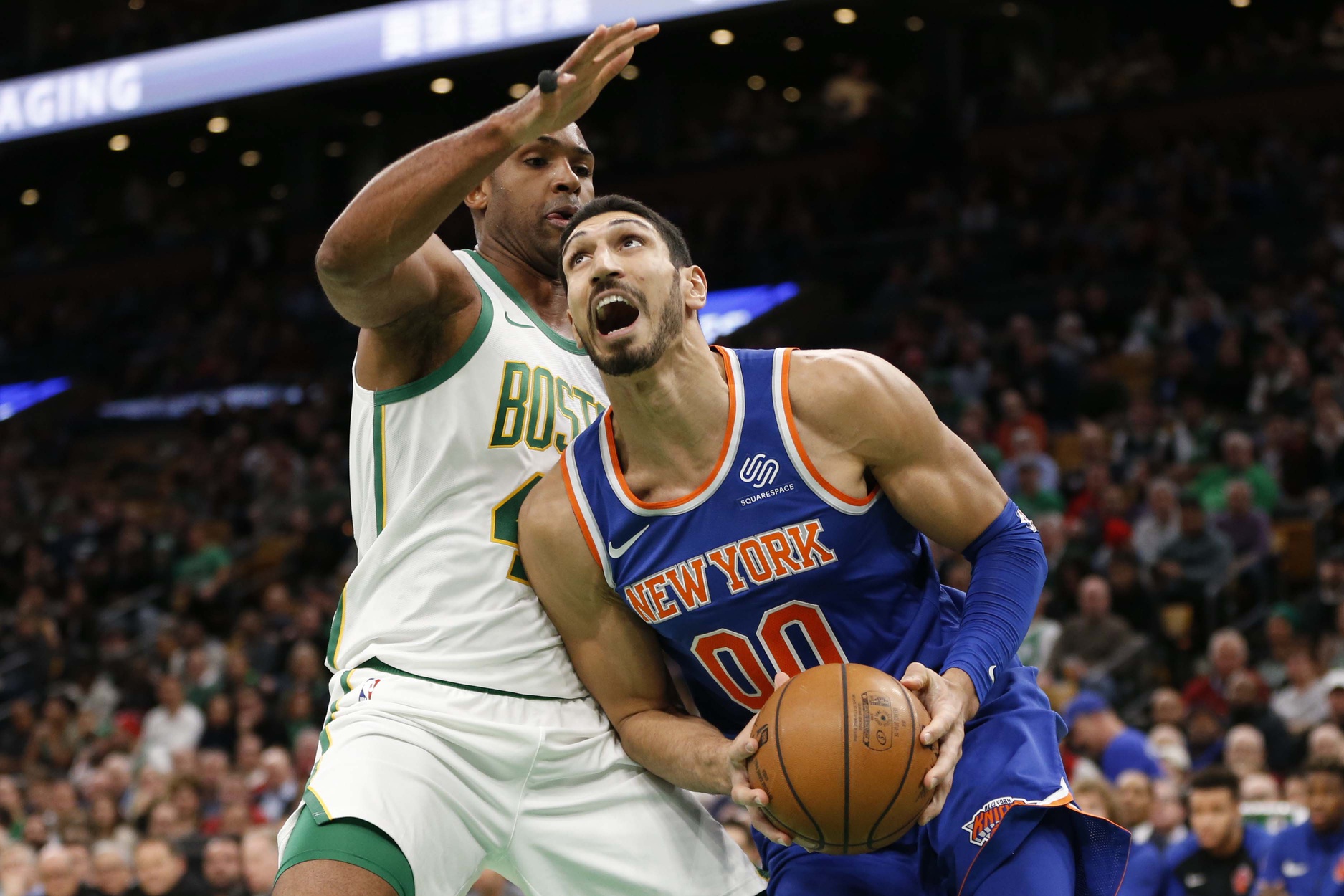 Celtics rumored to have interest in Knicks center Enes Kanter

As the Knicks run out of time to find a trade for center Enes Kanter and his $18.6M expiring deal, discussions on a contract buyout are expected to begin as soon as the deadline passes on Thursday at 3 PM ET, league sources tell ESPN.

Opposing executives believe the Boston Celtics will be among the teams with interest in Enes Kanter if/when the Knicks big man parts ways with NYK.

If the Celtics clear Jabari Bird from the roster as expected, I’m open to bringing in Kanter who can help the 2nd unit scoring.

This blurb from ESPN sums up his play:

Kanter is averaging 14.4 points and 11 rebounds in 26.5 minutes per game but has struggled at times on defense. Entering play Friday, he ranked 60th out of 60 qualifying centers in ESPN’s defensive real plus-minus.

He’s squawked a lot about lack of playing time in NY and I’m not sure the Celtics can give him more than 10-12 minutes a night.