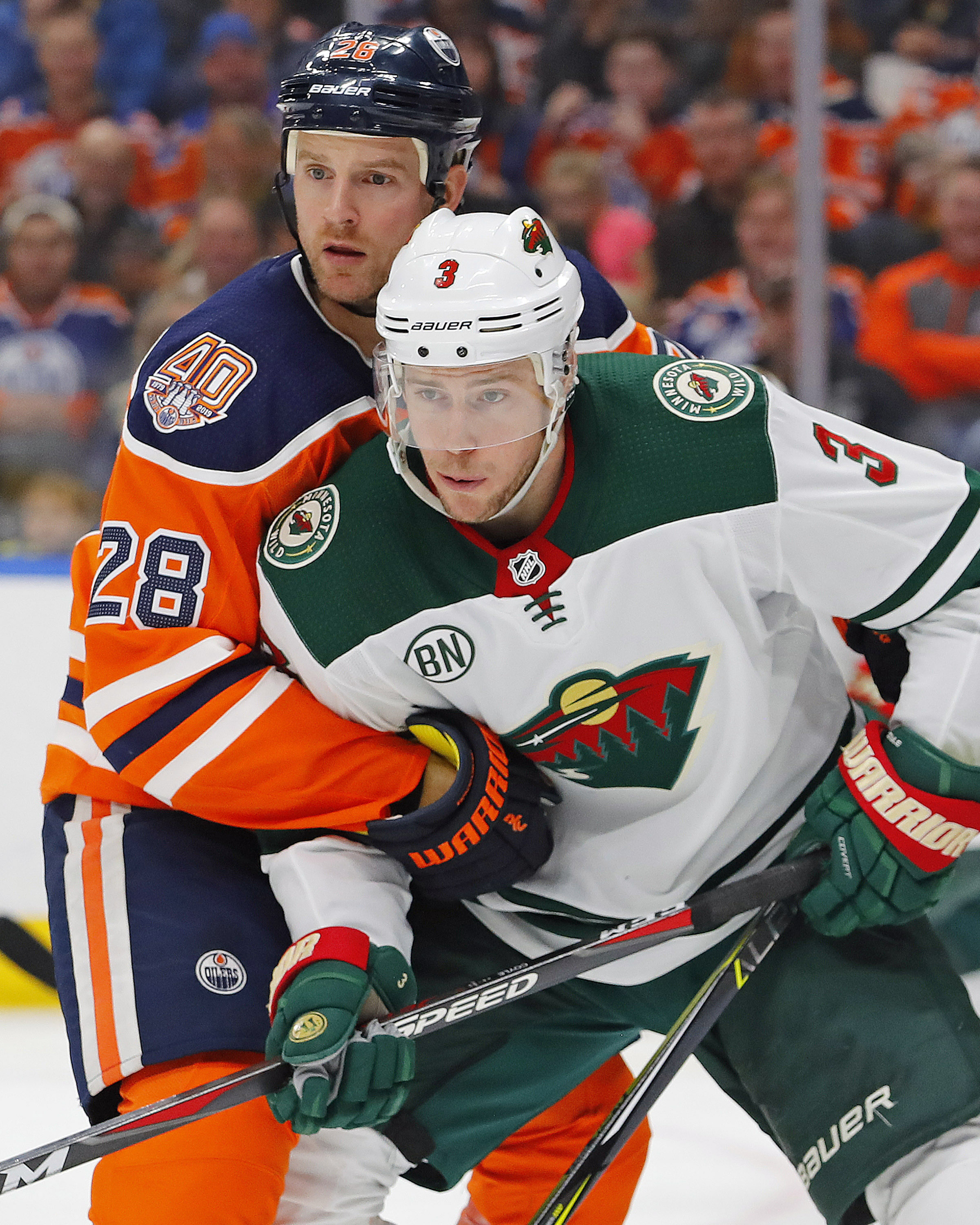 When was the last time you had one of those “I told you so moments”? I have them quite a bit. Either in my day job or as a hockey fan. Game after game, we watch this team and half the time we wonder if our coaching staff and players and wonder what they’re thinking or doing. How long have we complained about the same faces on the power play and the monotony it creates? Well that very monotony has now created bigger problem than any of them could have ever anticipated. With Mikko Koivu being declared out for the rest of the season, the Wild now need to reimagine their power play. We saw it Tuesday night in Buffalo. As soon as he was down the tunnel to never be seen again, the power play was now a shabby, patchwork affair. We were seeing players who have little to no experience on the power play, and it definitely showed. With what feels like a condensed schedule these days, they’re also not going to get a lot of practice. Lucky us.

Now I’d like to say if you’re going to have to debut a new looking power play, that it’s a good thing we’re going to be facing a team like the Edmonton Oilers. While their power play is successful, the penalty kill is not. But then we’re talking about the Wild’s power play here. While it was passive at best with the usual faces on it, on Tuesday night not only was the power play passive, but it was disorganized as well. That’s the perfect recipe for a team with a bad penalty kill (like the Oilers do) to get some good game-time practice on improving their team defense when they’re down a player. I have a very bad feeling, that the Oilers haphazard penalty kill will look invincible tonight. Sure, I would love to be wrong. But I would also love to be able to say that I don’t want to be able to say “I told you so.” Unfortunately, that never seems to be the case with this team.

I know you may be looking at the player stats for the Oilers and are thinking, “wouldn’t it be great to have not just one but two players with 31 goals apiece?” Yet, this is the Oilers we’re talking about. Yes, Connor McDavid and Leon Draisaitl have 62 goals between them, but after that the cupboards do feel a bit bare. You probably also think, “wow, if those two guys have that many goals, their goals per game must be good (or at least decent)” but you would be wrong there as well. This has been a long time problem for Edmonton. They’ll get a one or two players that can light the lamp almost on demand, but overall the team is weak offensively. Then you take that weak team offense and pair it with a poor team defense, and you end up with the perennially unimpressive Edmonton Oilers. Although as Wild fans, we should probably have some empathy for Oilers fans. While Minnesota has certainly been more successful than the Oilers in recent years (at least from a playoff appearance point of view), our success has been rather tempered and unimpressive. The same can be said of the Oilers. Many times in the off-season, we hear people say “oh, the Oilers are going to be a tough team to beat” and then it doesn’t really happen. Now when it comes to the national hockey coverage, we don’t really have any touting the Wild as a Cup contender, but we have heard coaches, owners, and general managers try to convince us just how good the Wild are. Yet we’re sitting here with a team that rarely changes much of everything and when we do acquire new faces, they’re either cheap or merely a body to fill a roster spot without solving a deficiency or a combination of both.

So here we go. Into another game, where my expectations are beyond low. I know there are many fans like me, who actually want this team to miss the playoffs. They don’t deserve the honor. They don’t have the firepower to do anything but be a first round disappointment. And it would be nice, if the players, coaches, and management finally sees what we’ve been complaining about for years.