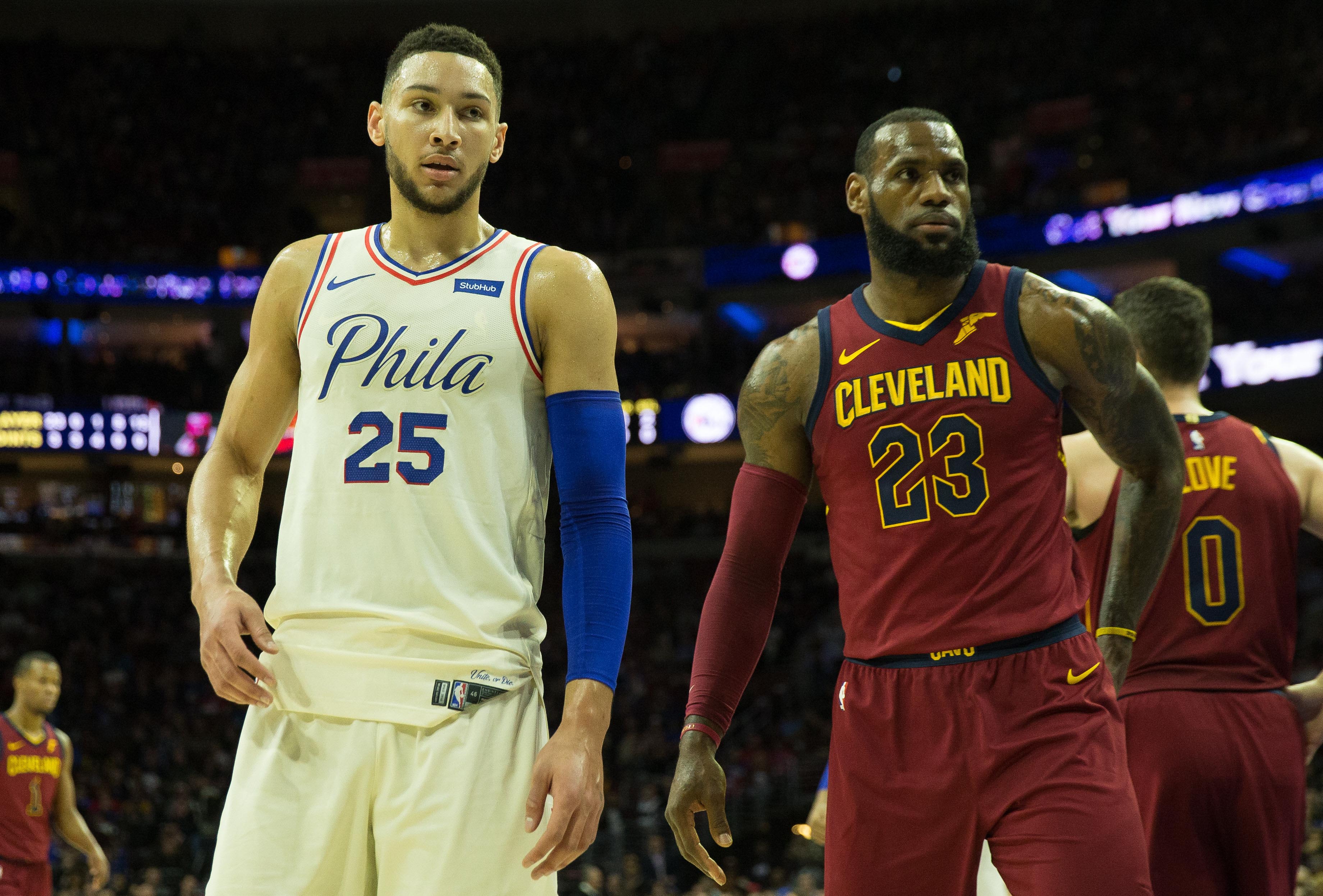 LeBron James did everything that he could do to get Ben Simmons on his team for the All-Star game.

We all know that NBA superstar LeBron James and Sixers young star, Ben Simmons are great friends. Ever since Simmons’ pre-draft days, LeBron decided to take the former first-overall pick under his wing. Since then, Simmons and LeBron have engaged in many workouts together during seasonal breaks, and in the offseason.

At one point, it was believed that LeBron would move to Philly to join the Sixers over this past summer since James and Simmons have solid chemistry already established. But we all know how that worked out. LeBron ended up setting up shop in Los Angeles with the Lakers, although he did seem to consider Philly for a moment.

Knowing that LeBron and Simmons are so close, it was comical to hear the Lakers superstar get upset about Simmons being drafted to Giannis Antetokounmpo’s team for the 2019 NBA All-Star game. Right when the ‘Greek Freak’ announced his pick with Simmons, LeBron made it known that he was upset that he missed out. However, LeBron put his GM skills to the test shortly after the draft went down to get his boy.

Giannis: “What if you put Dwyane Wade in the trade?” 😂 #NBAAllStar pic.twitter.com/dq8xuZkvR1

James decided to send Russell Westbrook to Team Giannis for Ben Simmons. What’s even funnier though is that LeBron made a joke about how Westbrook will fit great on Giannis’ team because his squad has Joel Embiid, and Embiid and Westbrook get along so well (they don’t, they actually despise each other.) And that stunt by LeBron had Embiid rushing to Twitter.

Simmons, on the other hand, didn’t seem too fazed by the situation although he was initially excited to be with his actual teammate in the All-Star game. Now, the All-Star game has officially gotten a lot more interesting since Westbrook and Embiid will be on the same team. On the other hand, LeBron is scheming. It has been pointed out that all of his starters (except for James Harden) is set to be a free agent this offseason. We all know that LeBron wants to re-build the Lakers, right?

That shouldn’t worry any Sixers fans since Simmons will still be under contract for the Sixers. However, there have been tons of rumors and speculation that Simmons could be out in Los Angeles in the near future since LeBron, and Simmons’ girlfriend Kendall Jenner may have some influence over the young superstar. You never know, they could convince Simmons to join the L.A. lifestyle and LeBron’s recruiting tactics could be starting now.