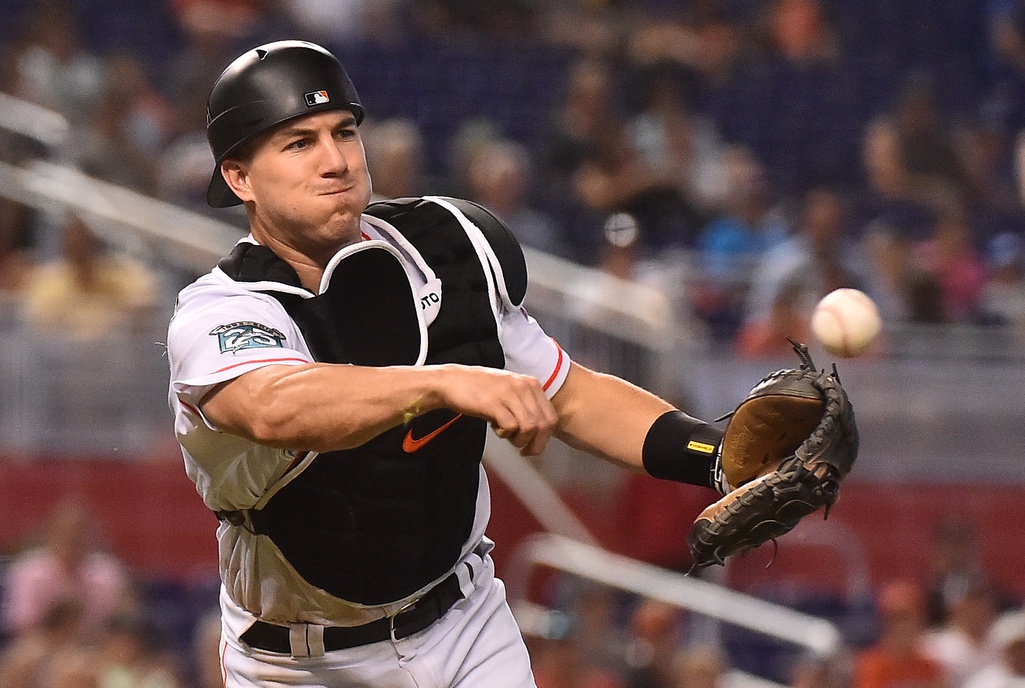 The Phillies are continuing to make moves to improve their roster while the waiting game for Bryce Harper and Manny Machado continues to drag on. The Phillies sprung into the mix for Miami Marlins catcher J.T. Realmuto and have now reportedly struck a deal with the NL East foe to bring one of the best catchers to Philly.

According to Jim Bowden of The Athletic, via Twitter, the Phillies agreed to a trade with the Marlins involving four players; the Phillies would get Realmuto in exchange for catcher Jorge Alfaro and top pitching prospect Sixto Sanchez.

#Phillies #Marlins deal agreed upon. 4 players going to #Marlins including Sanchez and Alfaro in return for Realmuto.

Jim Salisbury of NBC Sports Philadelphia added that the fourth player in the deal is pitcher Will Stewart, who played last season in Lakewood.

Giving up a pitching prospect like Sanchez was obviously a move the Phillies likely struggled to come to grips with before pulling the trigger on this trade, but the Phillies are continuing to be building for right now with this move and that is difficult to criticize in my mind. Prospects may make it or not, and maybe Sanchez comes back to bite the Phillies at some point in the future. But this move to add Realmuto to the starting lineup makes the team considerably better right now.

Realmuto turns 28 next month and is coming off an all-star season with a Silver Slugger after hitting .277 with 21 home runs in 2018. He also has struck out considerably less than Alfaro. There is no question this is an upgrade behind the plate and also addresses the concerns I mentioned earlier about Alfaro. With Realmuto and the possible addition of Drew Butera to the opening day roster, the Phillies should be in much more stable position behind the plate.

And who knows. Maybe a move like this is received well by Harper or Machado as they consider their options on the free agent market. The Phillies have clearly improved their team and their chances to do anything this season, and adding one of the top catchers certainly drives that point home.