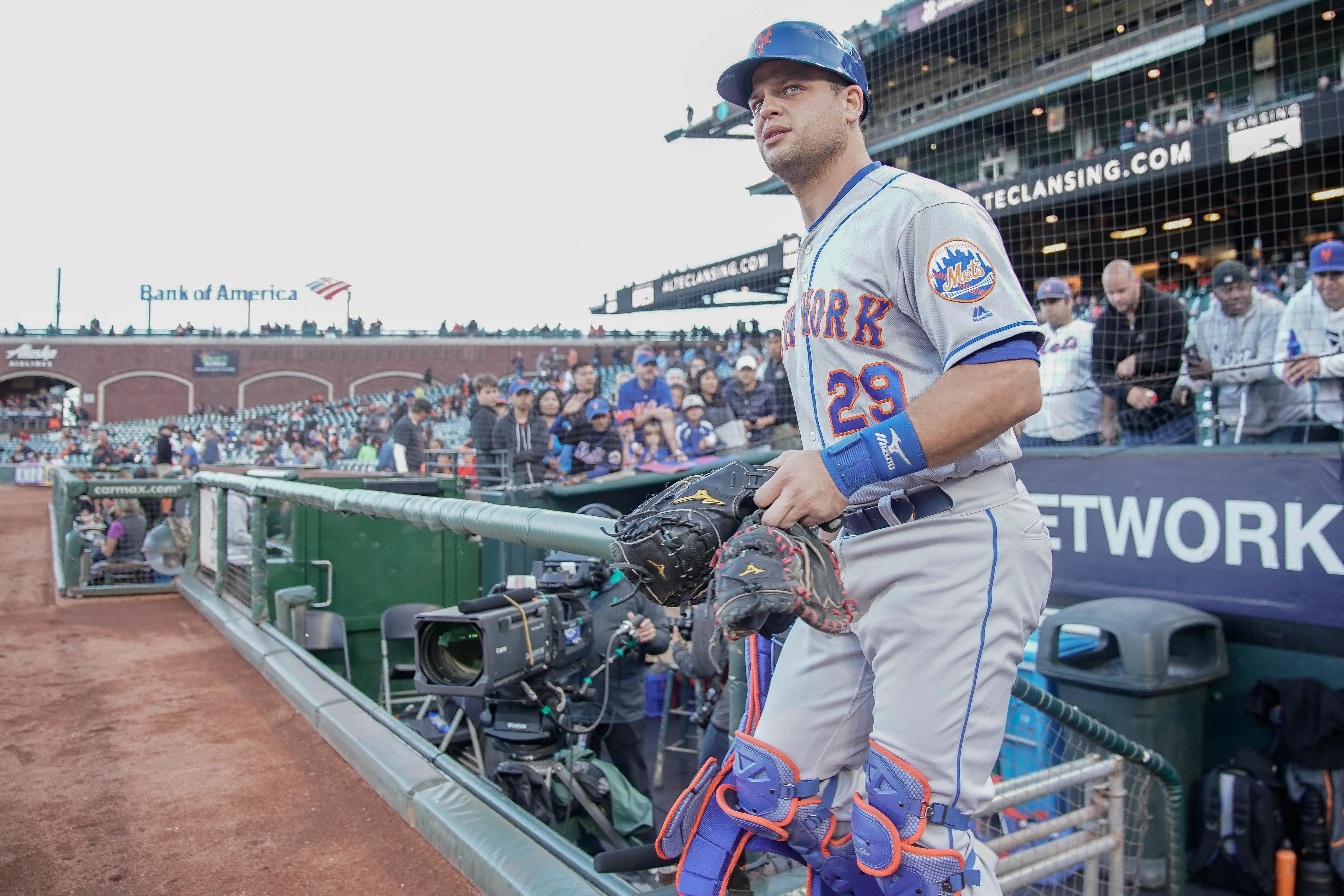 If there was a buzzword around the New York Mets this winter, depth would be it. New General Manager Brodie Van Wagenen has made an emphasis on building depth throughout the organization so the Mets are protected in the event of injuries and/or underperformance. The Mets’ latest move fits that bill as they re-signed catcher Devin Mesoraco to a minor league contract and announced it on their Twitter account.

Mesoraco, 30, came over to the Mets in the Matt Harvey trade from the Cincinnati Reds in May. In 66 games with the Mets, Mesoraco batted .222 with 10 home runs and 30 RBI’s in 229 at bats. While the offensive numbers may not seem overwhelming for Mesoraco, the Mets clearly valued him for his impact on their pitching staff. Mesoraco will be invited to spring training and have a chance to make the big league roster.

This move makes a ton of sense for the Mets, who already have Wilson Ramos and Travis d’Arnaud in the mix. Both of those players are injury prone, so having Mesoraco around as a third catcher gives them a more dependable fill in than youngster Tomas Nido. Nido has tremendous defensive ability, but his bat would benefit from regular at bats in the minor leagues.

This signing also gives the Mets the flexibility to shop d’Arnaud to upgrade other areas of their roster. d’Arnaud should still have some trade value as a catcher with a little pop, and the Mets could try and flip him to upgrade another area of their roster (like the bullpen or rotation depth). Mesoraco would then step in as the backup to Ramos, giving the Mets another option to start if necessary.