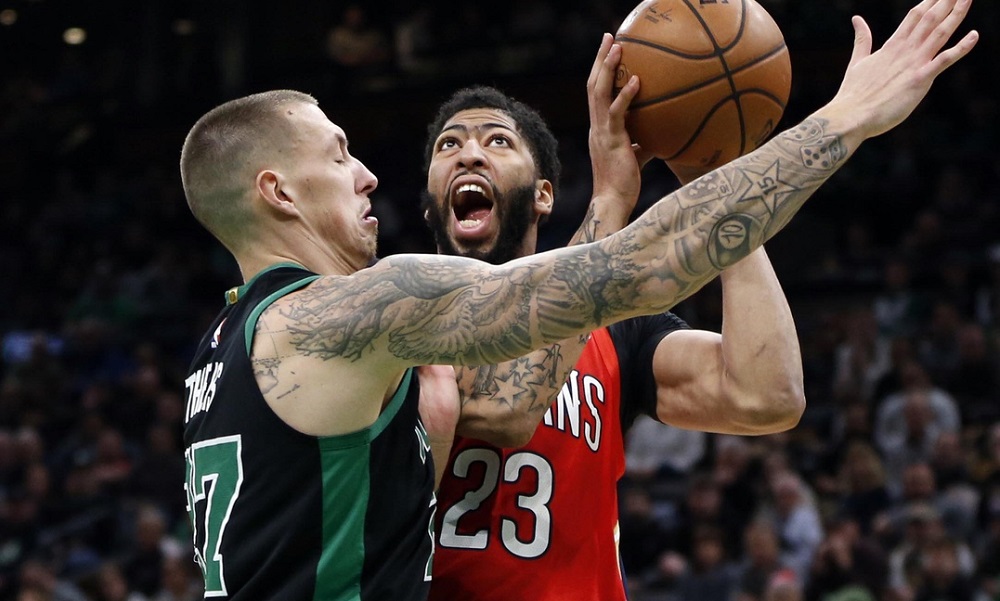 Anthony Davis went nowhere but Jabari Bird did. These were the two pieces of news that affected the Celtics at today’s 3 p.m. trade deadline:

New Orleans confirms it has kept Anthony Davis past the trade deadline, pushing talks into the offseason.

Huge win for the Celtics. Now they have a real chance this summer. https://t.co/1ISxKWmN6v

In the end, all the rumors and drama and information leaks of the past 10 days worked against the Lakers, LeBron James, and Klutch Sports. And now they have more competition for Davis.

The NBA’s trade deadline has passed Thursday without an Anthony Davis deal, which catapults the Boston Celtics to the front of the line among suitors with hopes of acquiring the All-Star big man this summer.

The Athletic reported a few minutes before Thursday’s 3 p.m. deadline that Davis will not be traded. Davis’ representation pushed hard for a deal that would have delivered Davis to the Los Angeles Lakers and paired him with fellow Klutch Sports Group representative LeBron James. But the Pelicans appeared unmoved by Los Angeles’ offers, all at a time when Boston couldn’t make a deal because of a snag in the collective bargaining agreement that prevents teams from acquiring two players signed via the designated player exception (or often referenced as the “Rose Rule”). Teams cannot acquire two such players via trade and Boston already had one in Kyrie Irving.

When Irving opts out of the final year of his current contract after the season, it will pave the way for the Celtics and Pelicans to talk unencumbered about a potential trade package. Boston has an assortment of young talent, headlined by 2017 No. 3 pick Jayson Tatum and 2016 No. 3 pick Jaylen Brown, along with multiple future first-round draft picks that might have encouraged New Orleans to tread cautiously at Thursday’s deadline.

Now we must wait almost five months for all the Davis rumors, drama and leaks to start again. Meanwhile, the Lakers might settle for a consolation prize. LOL.

After Magic Johnson told Dell Demps on Tuesday morning he was finished making offers and moving on, the two sides never spoke again. The Lakers did make a trade that could clear the way for Carmelo Anthony. https://t.co/6LUS9jbpei

Sources: The Boston Celtics have traded Jabari Bird to the Atlanta Hawks. Boston will send cash to cover Bird's deal and will receive a heavily protected second round pick in return.

The Celtics have finally found a way to cut ties with Jabari Bird, the shooting guard who was arrested last year on charges of assault and battery, strangulation and kidnapping.

It was obvious when the arrest occurred that the Celtics should get rid of Bird sooner than later. However, they were unable to do so, reportedly because the league was handling the internal investigation.

The Bulls and Robin Lopez are expected to engage soon in talks about a possible contract buyout, league sources tell @malika_andrews and me.

Although the deadline has passed, the day isn’t over. Stay tuned.