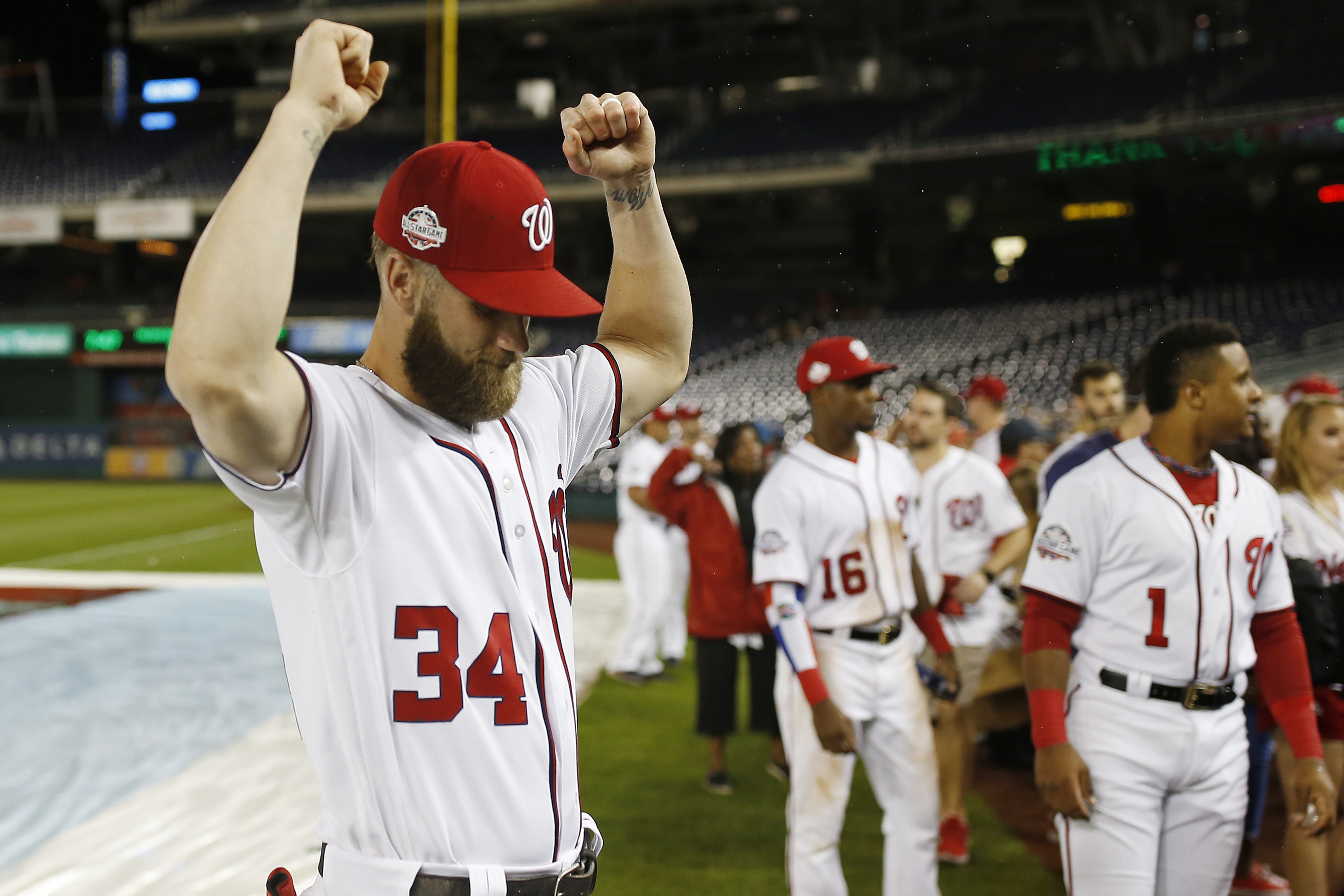 Superstar slugger Bryce Harper was the hottest commodity on the MLB free agent market this winter, and yet, he remains unsigned.

It may have a lot to do with superagent Scott Boras, or maybe Harper is just really trying to survey the market and gauge interest from teams — deciding whether he’ll sign a one-year, three-year or long-term deal. There were rumors of him looking for an eight or even ten-year megadeal, worth well over $300 million, but now the possibility of getting him on a three-year stint seems more likely.

As far as potential suitors, it’s still unclear as to exactly who’s in the mix, but it’s known that the Phillies and Nationals are vying for Harper’s services. The Giants, Cubs and Yankees could be in play as well. We don’t know what type of offers Harper’s camp has received, but an interesting piece of news has surfaced. Jon Morosi of MLB.com reported on Friday that the Nats are “increasingly wary” of the Phillies possibly signing Harper, and that they’ll match any offer he gets from Philadelphia

What we’d love to know is if the Nationals are planning to do this because they really just want to re-sign Harper — no matter what — or if the NL East arms race is playing a role. Having Harper leave is one thing, but having him land with a division rival would be a nightmare for them, and they’re apparently trying to prevent that from happening.