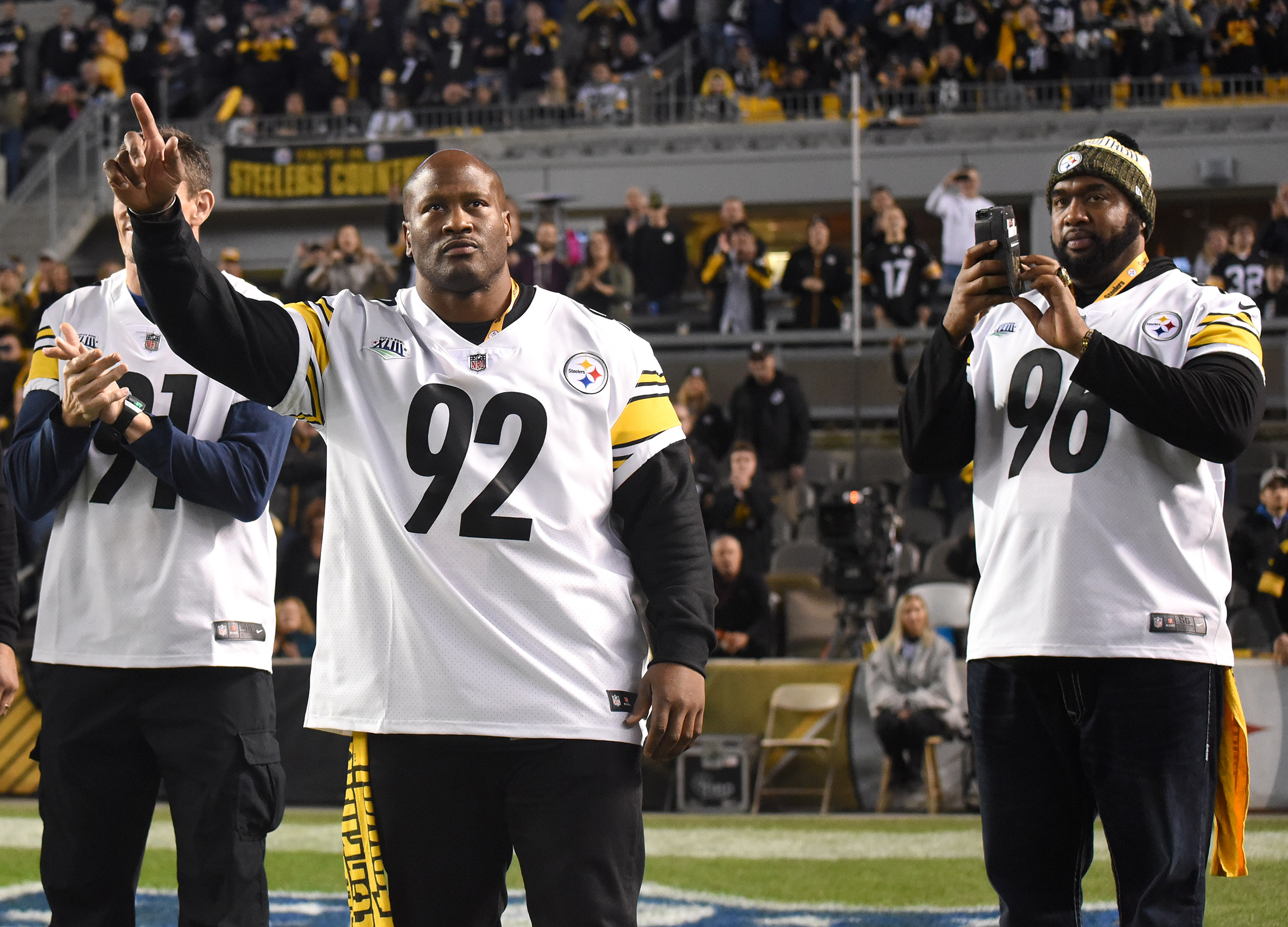 Now that former Steelers/Patriots linebacker James Harrison has seen his NFL career come to a close, he apparently plans to pursue other interests — specifically, on the silver screen.

Harrison was honored at halftime of the team’s Sunday Night Football showdown with the Chargers at Heinz Field back in December, and he received a huge ovation from Steelers fans.

That appeared to close the football chapter of his life, and while he’s still actively working out — which everyone who follows him on Instagram knows — he apparently wants to try something different. Harrison revealed to  Yahoo Sports’ Jason Owens that he has his sights set on pursuing an acting career in Hollywood.

“I’d like to say that I have the action capacity of The Rock,” Harrison said. “And I’ve got the range of Denzel (Washington).”

Harrison and The Rock side-by-side in a buddy cop movie — who objects? We’d watch.