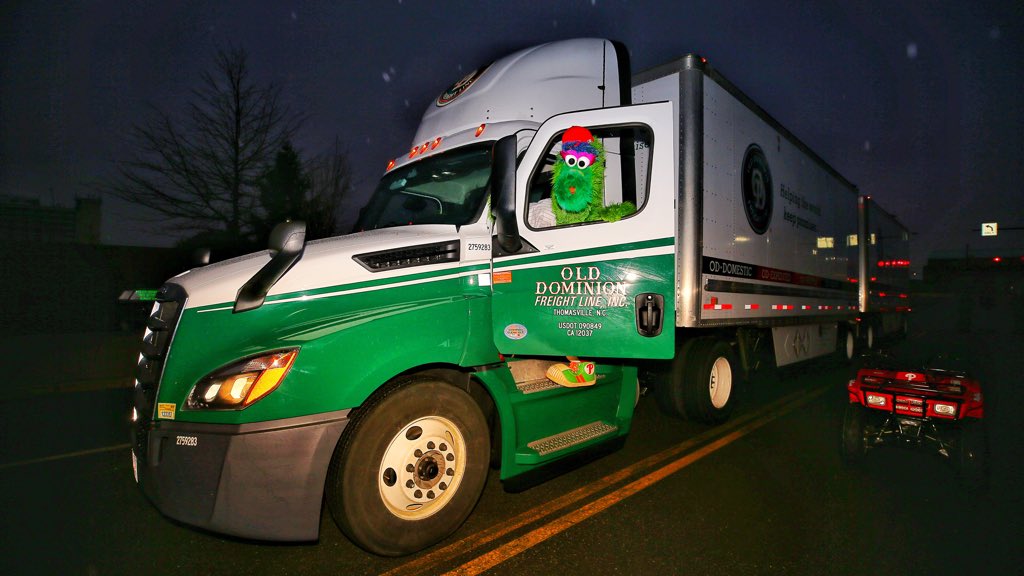 Last weekend the groundhog said spring is coming early, and today the big green guy gave us another visual reminder that spring is on its way.

That’s right, folks. The Phillies are loading up the trucks and sending them on their long drive from Philadelphia down to Clearwater for spring training. All the necessary gear has been loaded up as preparations for a fascinating spring are ongoing.

Off to warmer weather and baseball! ☀️ ⚾️ #TruckDay pic.twitter.com/5ugpOYo5r6

A day after acquiring all-star catcher J.T. Realmuto from the Miami Marlins and after an offseason that added a couple other nice new additions like shortstop Jean Segura and veteran outfielder Andrew McCutchen, there are a number of reasons to be excited about the Phillies this spring. And that remains true even if the Phillies do not manage to add either Bryce Harper or Manny Machado as their free agent decisions continue to linger, although it would certainly feel like a letdown for some if neither ends up in a Phillies uniform.

But none of that matters today, because it is truck day. The first reminder that spring is ready to blossom and a renewed sense of optimism is upon us. Every team gets a clean slate in the spring, and the Phillies look poised to take advantage of theirs after a collapse in the second half of the 2018 season.