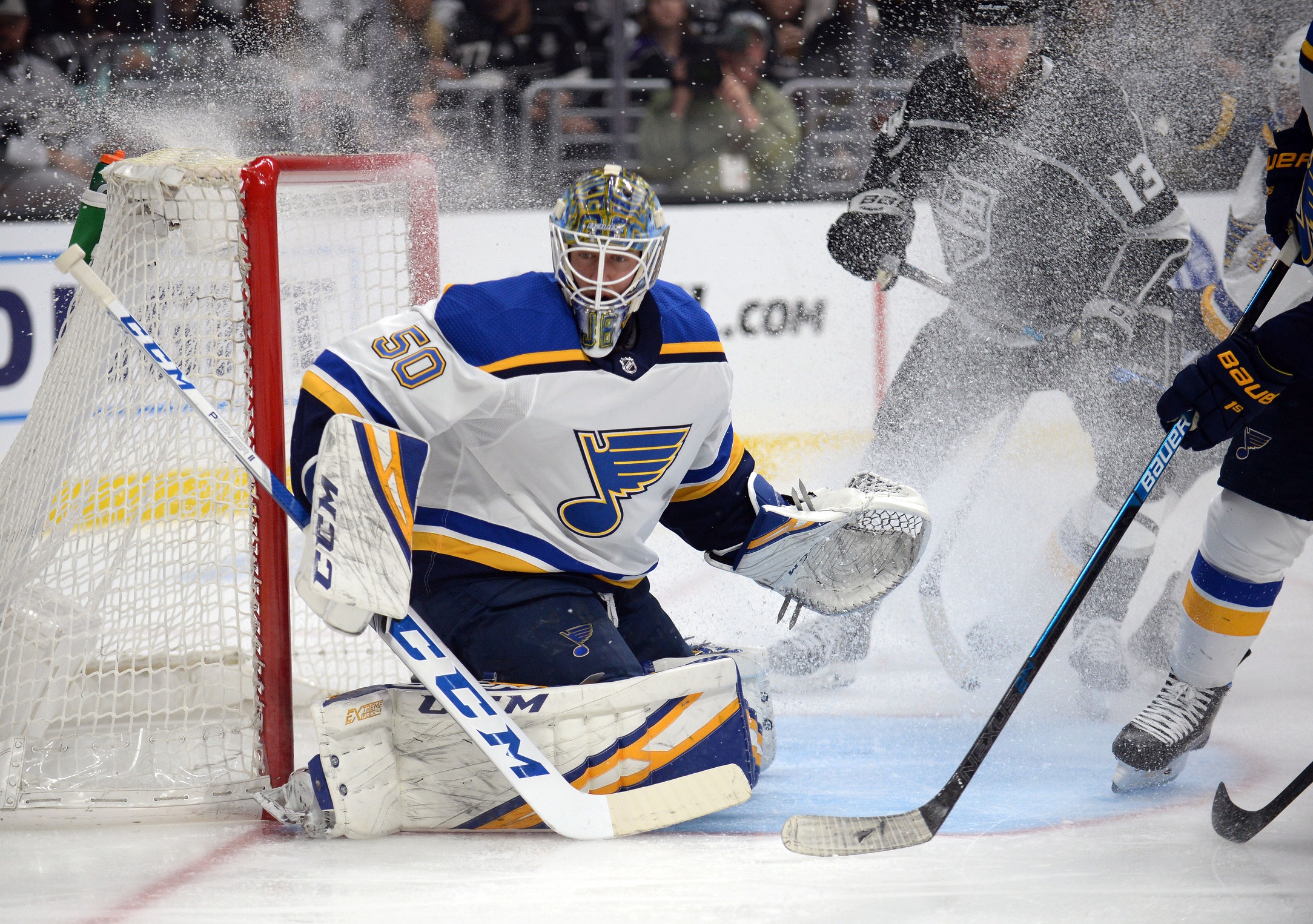 The St. Louis Blues have gradually crept back into the Western Conference’s playoff picture over the past few weeks. Thanks to an overtime win against the Tampa Bay Lightning, the Blues officially landed in a playoff spot for the first time in ages.

The Blues stringing together some wins is the primary reason we’re once again talking about the playoffs in a non-laughing manner. However, the other key factor here is the complete insanity that is the Western Conference. Everyone is in the playoff hunt and that’s not being facetious. Even the worst teams in the league are still mostly in it. Like the LA Kings.

#LAKings shockingly just four points out of a playoff spot for the moment – and they're in 28th place in the #NHL. The West is bonkers, there's not a single team out of it.

Still, the Blues had to play better and pick up points to get where they are today. They deserve plenty of credit for turning their game around and forcing the issue despite the oddity in the west. Most of that credit should rest on Jordan Binnington‘s shoulders as he has been a huge reason the Blues went from more than 10 points out to playoff spot in a little over a month.

In fact, the Blues were 11 points out on January 2nd.

Look at us now. pic.twitter.com/M0dhB1xCN8

Speaking of Binnington, he now has the best GAA (1.70) of any NHL goaltender who has played in at least 10 games this season. He also has two shutouts in 10 starts, surpassing Jake Allen‘s lone shutout in 35 starts.

A ton of praise also deserves to go Ryan O’Reilly‘s way as he continues to put up points and do just about everything you could hope for out on the ice. His 53 points in 52 games is currently on pace to blow past his career-high 64 points he set back in 2013-14 with the Colorado Avalanche. He has emerged as the true leader the rest of the roster needs to follow.

The Blues landing back in a playoff spot creates an interesting debate ahead of the trade deadline. Are they buyers or sellers? Should they stand pat? Do they have enough on the current roster to make a legitimate run? There isn’t an easy answer to any of those questions.

The NHL playoffs can be an unpredictable affair. The old adage is that you just have to get in and see what happens. For the Blues, they don’t (on paper) seem to have enough depth to make a real run at the Stanley Cup. But, stranger things have happened. The extreme parity in the Western Conference this season is enough proof of that.