When Will Detroit Sports Win a Playoff Game? 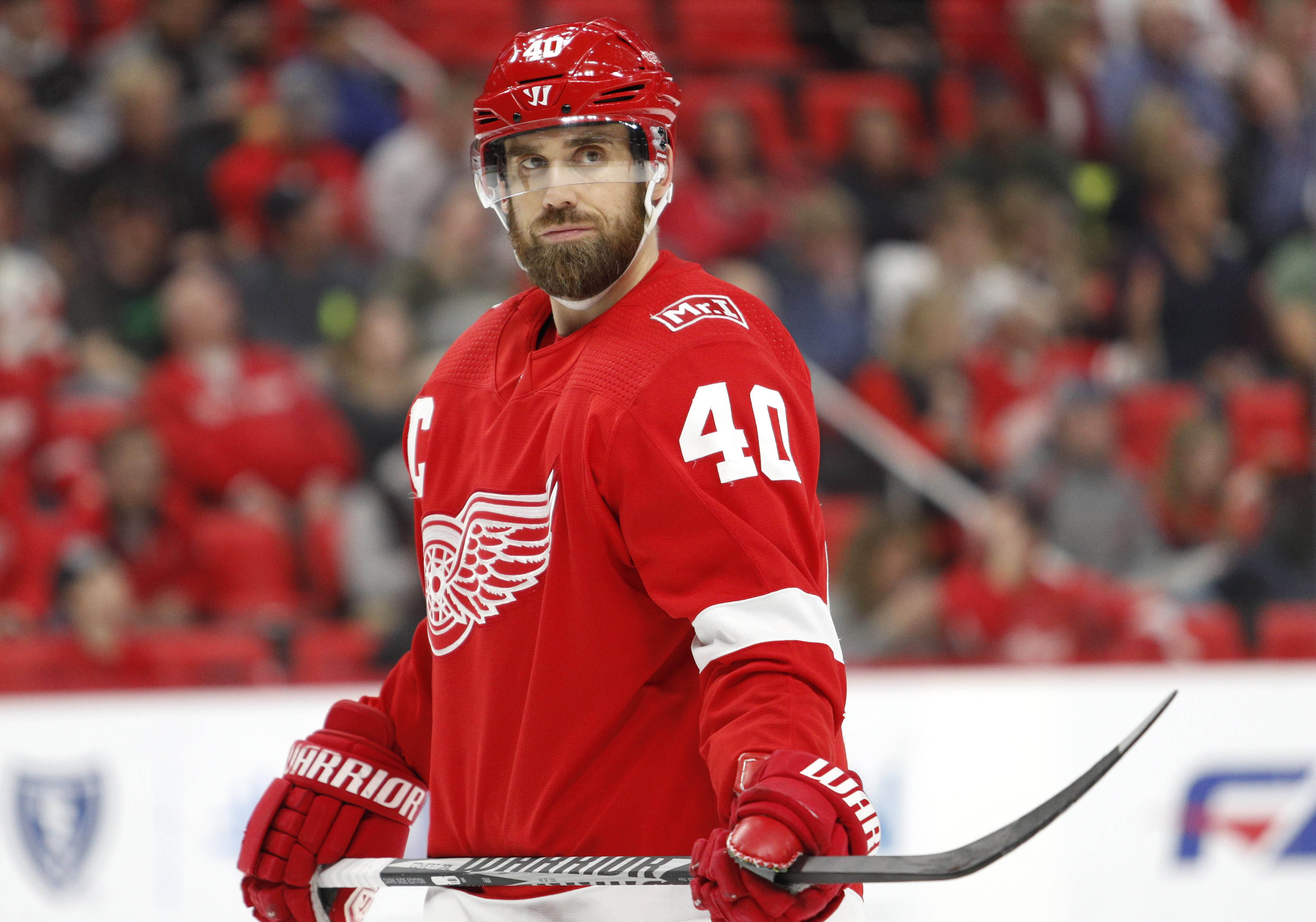 When Will Detroit Sports Win a Playoff Game?

The state of Detroit sports is in a bit of a funk right now. In a city with teams in all four of the major U.S. sports, you would think that making the playoffs and winning playoff games would come at least somewhat regularly, right? Well that is not the case in the Motor City at the moment.

The last playoff win for any of the city’s franchises (Lions, Tigers, Red Wings and Pistons) came via the boys of Hockeytown on April 17, 2016. That is a span of 1,027 days. It is a drought that will continue until at least April (if the Pistons or Wings win a game) and most likely will keep going, as all four teams have seen better days. And I’m not even talking about winning a playoff series. That last came in 2013 courtesy of the Tigers. I am just talking about winning a singular playoff game.

With that being said, I will go team by team and look at the playoff history for each franchise, their recent playoff success (the last time they made it and when they won a game) and what gives each team hopes for a postseason victory.

I am going to start with the hockey team in the Motor City because they are the last team to bring this town a playoff win. That playoff win, as I mentioned earlier, came on April 17, 2016 in the First Round. They beat the Tampa Bay Lightning at Joe Louis Arena, 2-0, behind Henrik Zetterberg and Petr Mrazek. They ultimately lost that series in five games and haven’t been to the postseason since.

As a franchise, they are one of the most successful in the history of the National Hockey League. They have made the playoffs 64 times in their 92 years in existence. Their 11 Stanley Cups rank third all-time behind only the Montreal Canadiens (23) and Toronto Maple Leafs (13). Unfortunately, their last Cup win came in 2008 when they beat the Pittsburgh Penguins in six games. Their last appearance in the Stanley Cup came the next year in 2009 when they lost to the Penguins in seven.

They also had one of the longest playoff streaks in the history of American sports when they made the postseason in 25 consecutive seasons, from 1991-2016.

This year doesn’t look promising (from a playoff win standpoint) as they are in a rebuild and are sitting at 21-26-7. They are 12 points back in the Wild Card race and losing and getting a higher draft pick will be the best thing for this team in the long run. But they do have reason to be optimistic during this rebuild.

They have good, young players in their system (Filip Zadina and Joseph Valeno to name a few) and could add another one in the upcoming draft. They also have some young guys on the roster this year that have shown growth, specifically Tyler Bertuzzi. Also, Dylan Larkin is playing and looking like the future captain of this iconic franchise.

So while this year is looking bleak on achieving a playoff win, the future could be bright sooner rather than later for the NHL franchise in the Motor City.

If I had to guess, I would say that the Wings next playoff victory will come in 2021.

Next on the playoff victory list is the baseball franchise in Detroit. The Tigers were last victorious in the postseason 1,941 days ago on October 16, 2013. They beat the Boston Red Sox, 7-3, in Game 4 of the ALCS to tie up the series at 2-2. They were led by Doug Fister who outdueled Jake Peavy. But they ended up losing the next two and haven’t won a playoff game since.

They have been back to the postseason once more since then, the following year in 2014, but were swept by the Baltimore Orioles in the ALDS.

The Tigers have been a rather successful franchise during their existence. They’ve made the playoffs 16 times in their 118 years in Major League Baseball and have won the World Series four times. Detroit was WS champs in 1935, 1945, 1968 and 1984. Their last victory in ’84 was courteous of Alan Trammell (WS MVP) and Jack Morris who won Game 1 and Game 4 as they beat the San Diego Padres in five games. The Tigers last appearance as American League champs came in 2012 when they were swept by the San Francisco Giants.

But they do have some promising talent in their farm system. Guys like Casey Mize, Matt Manning and Isaac Paredes should make the major league roster in next couple of years and could be key contributors for years to come. As for the current roster, if players like Jeimer Candelario and Michael Fulmer continue to progress, this team could be contending for AL Central titles in the next 3-5 years.

With that being said, I think the Tigers will win in the postseason in 2023.

The NBA franchise in Detroit, the Pistons, were last victorious in the playoffs on May 26, 2008. That’s a span of 3,910 days. On that day the Pistons beat the Boston Celtics, 94-75, in Game 4 of the Eastern Conference Finals. They were led by Antonio McDyess, who had 21 points and 16 rebounds.

Since then, Detroit has made the postseason twice (2009 and 2016) and were promptly swept by LeBron James and the Cleveland Cavaliers both times in the opening round.

The Pistons have been rather successful throughout their 71 seasons. They have made the playoffs 41 times and have won three championships. Those championship seasons came in 1989, 1990 and 2004. They last made the NBA Finals in 2005 where they lost to the San Antonio Spurs in seven games.

As for the future, it looks bleak. They are currently sitting at 24-29 on the year and are in the 9th spot in the Eastern Conference for the playoffs, just on the outside looking in. So while they may make it in this year, I believe they would get swept by any of the top teams in the East like the Milwaukee Bucks, Toronto Raptors or Celtics.

They also have massive contracts in Andre Drummond and Blake Griffin and will have a hard time attracting a marquee free agent. Detroit will need to build through the draft and they have had a hard time in recent years hitting on their lottery picks.

As for a prediction on when the Pistons will win a playoff game, it could be this year, but I think it is at least a few years away.

Now onto the most forlorn organization in all of Detroit sports.

The Lions have one playoff victory since defeating the Cleveland Browns in the 1957 NFL Championship. That win came in the 1991 postseason, when Erik Kramer and Barry Sanders led the charge in a 38-6 drubbing of the Dallas Cowboys on January 5, 1992. That is a span of 9,896 days. They then went on to get molly whopped by the Washington Redskins, 41-10, one week later.

We also can’t forget that the 2008 squad was the first team to go 0-16 in the history of the National Football League.

As for the future moving forward, this team is an enigma. Sometimes they seem like they are moving in the right direction and other times they look like the most dysfunctional team in all of professional sports. The division they play in, the NFC North, is a tough one and doesn’t look like it’ll get any easier over the next couple seasons.

They have a quarterback in Matthew Stafford who has the skill to win a playoff game, but they need to surround him with talent and he also needs to step up in big games if they want to do something during his tenure in Detroit.

As for predicting when this team will win a playoff game, I cannot do that. They have one playoff win since the Eisenhower administration and have not been victorious in the postseason while I have been alive. My only hope for this team is that this kind of embarrassing run of 60-plus years and only one playoff win has got to end sooner or later, right?

So all in all, Detroit sports are in a state of disarray at the moment. Some are in rebuilds (Wings and Tigers), one is in a sort of purgatory (Pistons), where they aren’t rebuilding but are not even close to being championship caliber and one is in a state of constant disappointment (Lions) no matter what they do.