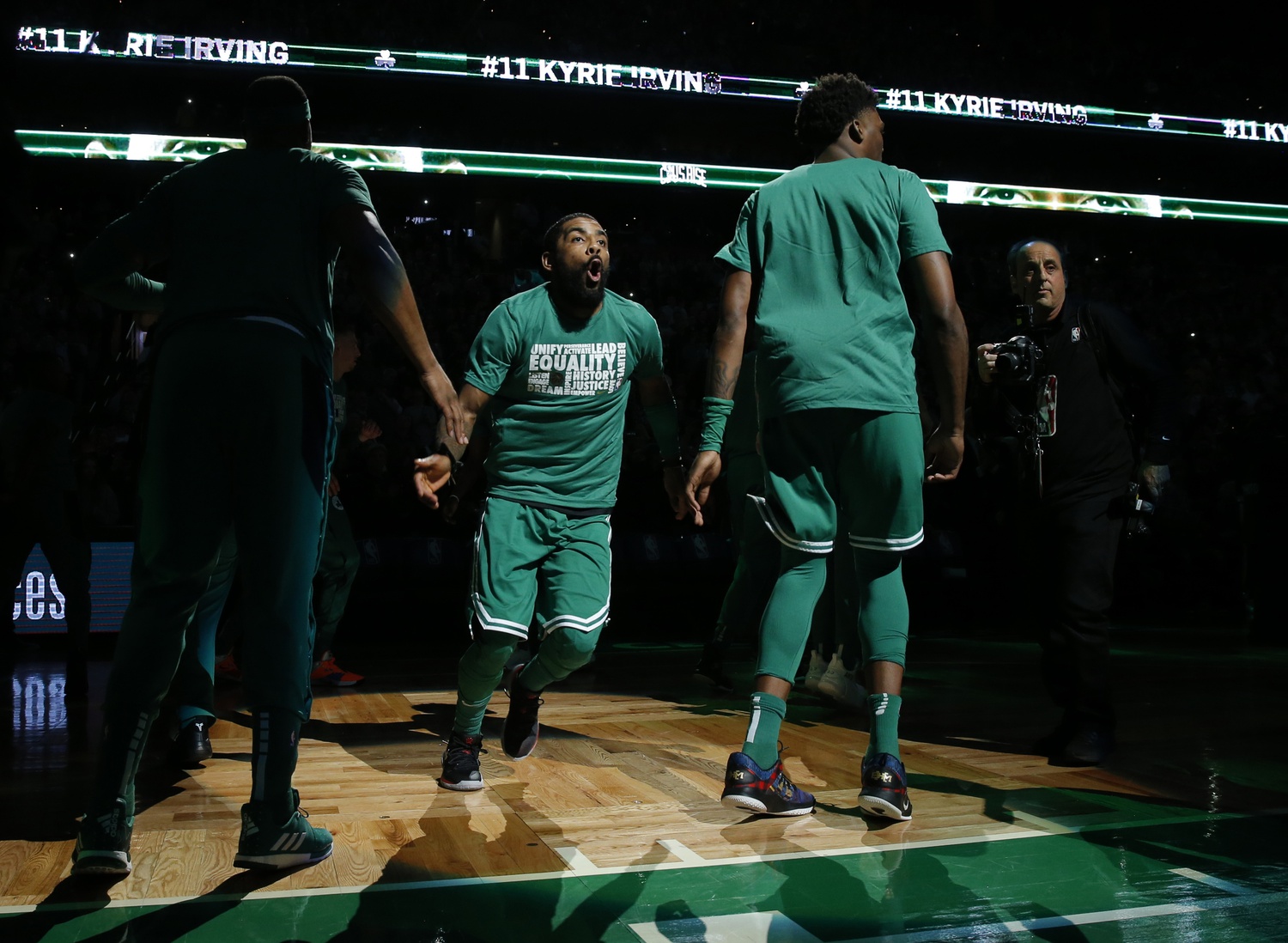 The Boston Celtics president of basketball operations on Friday said the team’s “engagement” to star guard Kyrie Irving remains intact, and the couple is planning on making it official on July 1, when teams can sign free agents.

“The way I viewed the situation is that I think a lot of people, because of Kyrie’s announcement at the beginning of the year, thought that it was a marriage,” Ainge said on Boston sports radio 98.5 The Sports Hub. “And I think that it’s more like an engagement. And we’re going to get married on July 1st. I think that engagement is still on, as far as I know.

“In my individual conversations with Kyrie, we’re still engaged but we really can’t make those vows, sign that contract until July 1st.”

Danny Ainge with the corny, albeit accurate analogy describing the team’s relationship with Kyrie Irving.

If this indeed is a marriage, what role does Anthony Davis play? Is he the 4,000 sq. foot house or shiny sportscar you promise to buy the spouse once the marriage vows are taken?

On Page 2, Ainge talked with one player about possible trades.

Danny Ainge on @Toucherandrich said he sought out one player after his agent seemed to get word about the team exploring possible deals.

Guess here it was Terry Rozier given impending RFA status but Ainge said player appreciated the honesty and it was a good talk.

Aside from Steve Bulpett reporting that one GM inquired about Terry Rozier, I don’t recall seeing too much trade chatter about Scary Terry.

And finally, I refuse to fret over blown leads.

What did we learn from last night's #Celtics loss to the #LakeShow ? That they still can't close, as @adamjones985 and @RedsArmy_Chuck broke down on 4th Quarter Live.#CUsRise #CelticsvsLakers https://t.co/PiTQd3OrW1

Am I pissed the Celtics squandered an 18-point lead last night vs the Lakers? Sure, but it’s not an indication that this team lacks a killer instinct. Blown leads are becoming a way of life in this NBA:

Last season, comebacks from 15-points-or-more deficits occurred in 11 percent of NBA games played, as opposed to just six percent in the prior 15 seasons combined.

PS: I’m enjoying these 4th Quarter Live appearances on FanCred with Adam Jones. It’s a great way for you to chime in and call us stupid.