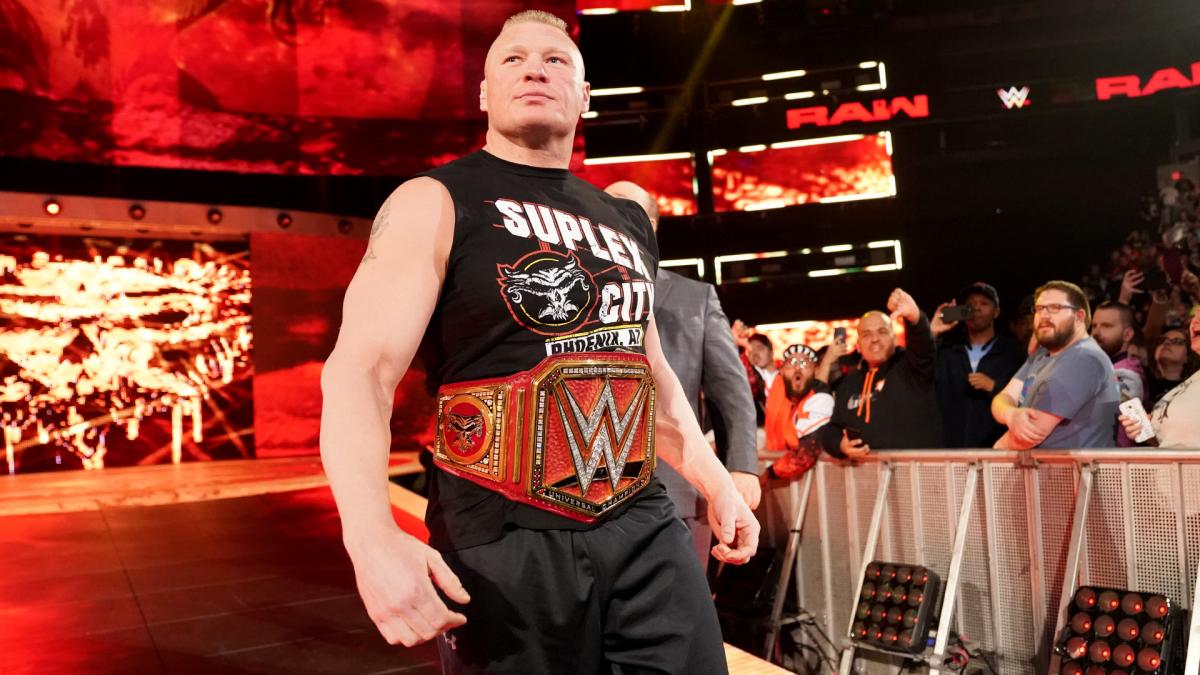 For fans who dislike the fact that Brock Lesnar rarely shows up on WWE programming despite being the reigning Universal champion, this news should not be surprising.

Lesnar is not scheduled to appear much before WrestleMania 35, and that includes the Elimination Chamber event which takes place next Sunday.

Lesnar was able to defeat Finn Balor and retain his title at the Royal Rumble. He then appeared the next night on Monday Night Raw where Seth Rollins, as the winner of the Royal Rumble match, challenged Lesnar at WrestleMania. Rollins then punched Lesnar and caught him with a few kicks but the champion ended the confrontation with a barrage of F-5’s which left Rollins laying in the ring.

The only date that Lesnar is scheduled to work between now and WrestleMania on April is the March 18th episode of Raw which emanates from Chicago. Of course, that can and probably will change.

Answer: July 22, 2002, against Tommy Dreamer in a Singapore Cane Match.

That means WWE will build the match against Rollins the same way most matches involving Lesnar are built. Paul Heyman will likely make some televised appearances to speak for Lesnar and there will be several video packages. We can also expect to see at least one face-to-face confrontation which will almost certainly turn physical.

It helps that there is a history between these two Superstars, as Rollins cashed in his Money in the Bank briefcase at WrestleMania 31 to win the World Heavyweight Championship. Though Roman Reigns was the man Rollins pinned, it was Lesnar who lost the title.

In addition to Elimination Chamber, WWE Fastlane will also be held before WrestleMania, taking place in Cleveland, Ohio on March 10.