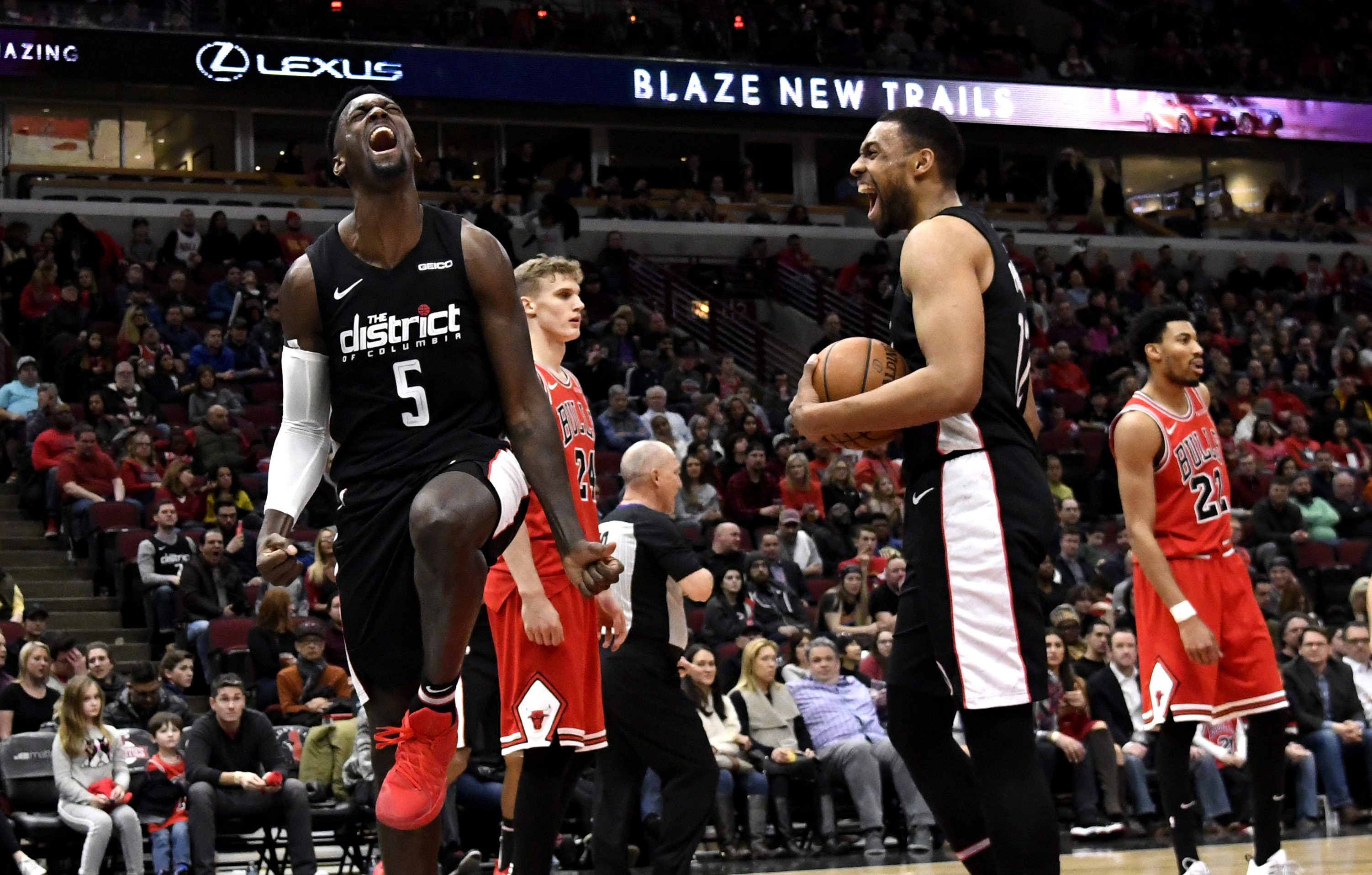 The Washington Wizards are 2-0 in the Bobby Portis, Jabari Parker, and Wesley Johnson era, but temper those expectations given Cleveland and Chicago have a combined 24 wins this season, which is as many as the eight games below .500 Wizards. With tough games the rest of the season and playoff aspirations still prevailing, Washington had to have this game and they took care of business, relatively easily. Bradley Beal had 31 points on 13-of-21 shooting, but it is almost boring (in the most complimentary manner) to keep raving about the two-time All-Star at this point.

The Chicago native only played for the Bulls for a few months so he shared that he was not going to be too emotionally attached to playing against his former team. You would not have know that by the way he was dunking all over them. Parker had 20 points on 9-of-15 shooting to go along with five rebounds, six assists, and two blocks in 35 minutes of play. Six of his nine buckets were dunks including plenty of highlight worthy ones. Parker is a more skilled offensive player than Porter, who had 17 points on 6-of-15 shooting against his former team, but whether he is sufficient on the defensive end over the remaining two months of the season will determine how much Washington actually lost in the deal from a talent perspective right now.

ON HIS HEAD JABARI! pic.twitter.com/ygLOzYKqdQ

The 10 points on 4-of-11 shooting will not be all that impressive after he dropped a 30 piece the night before, but Portis’s physicality and energy were still on display. In 29 minutes off the bench, the restricted free agent grabbed a game-high 12 rebounds, an area Washington has struggled mightily throughout the season. He also chipped in with four assists and two blocks. Wizards fans already love Thomas Bryant’s energy and they will probably grow fond of Portis’s as well.

Scott Brooks is often non-committal about his lineups and rotations as was the case both before and after Friday’s game against the Cavaliers. Two games into this post-trade deadline roster, it is clear that Sam Dekker has been squeezed from playing time, at least for now. Even with Jeff Green not playing in the second half due to left hip tightness and Parker starting, Dekker did not get any minutes. Instead, it cleared the way for two-way player Jordan McRae to see some spot action. With Troy Brown Jr. out with an ankle injury from the February 2 game against the Bucks, Wesley Johnson has taken a stranglehold on the backup wing minutes. The acquisition from the Markieff Morris salary dump trade had 14 points on 5-of-6 shooting including 3-of-4 from deep in 20 minutes off the bench. With Satoransky dealing with a bit of foul trouble Randle popped off for a career-high 20 points on 8-of-10 shooting including a scorching 4-of-5 from beyond the arc. For the foreseeable future, it looks like a Satoransky/Randle, Beal, Ariza/Johnson, Green/Parker, Bryant/Portis rotation.

Next Game: The Wizards travel to Detroit for a matchup with the No. 9 seeded Pistons on Monday.