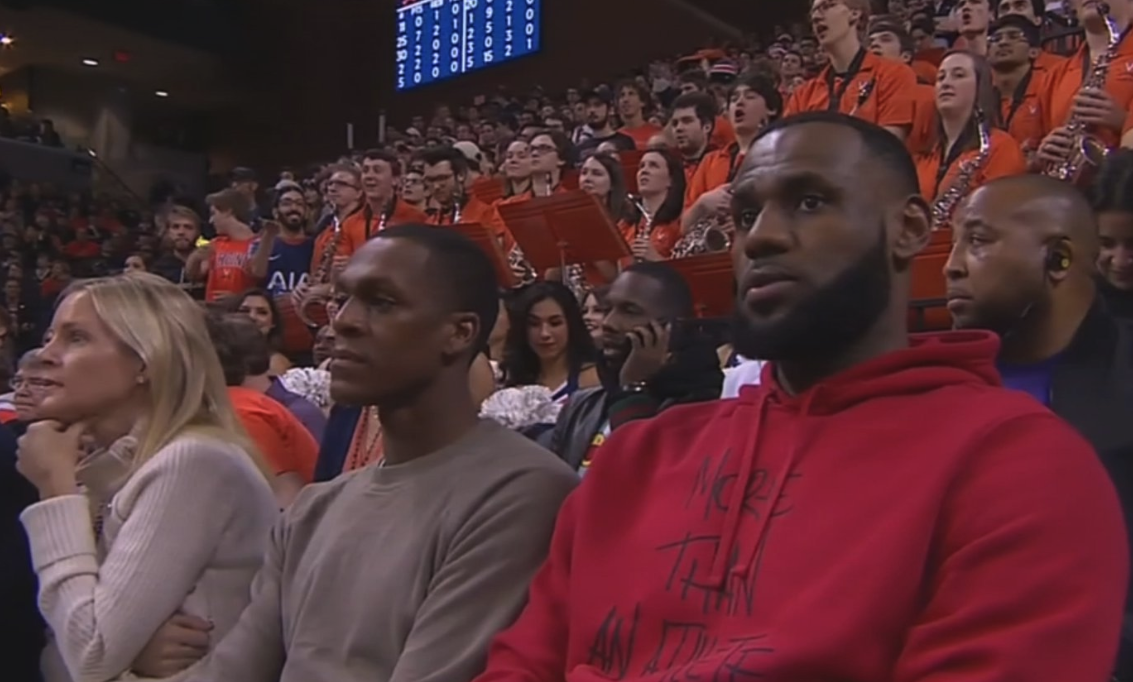 LeBron James and his teammates have been enjoying a bit of rest, following Thursday’s game against the Celtics in Boston, and that’s why he and Rajon Rondo found some time to watch the most entertaining player in college basketball on Saturday.

The Lakers are preparing to square off against the Sixers in Philadelphia on Sunday, and apparently, James and Rondo made a pit stop in Charlottesville, Virginia beforehand, so they could watch the Blue Devils and Cavaliers square off at John Paul Jones Arena.

Given how the two carved out time from their busy schedule to hit up Charlottesville for the game, it’s fair to assume they were there scouting Duke star Zion Williamson. And they did get to see him do this.