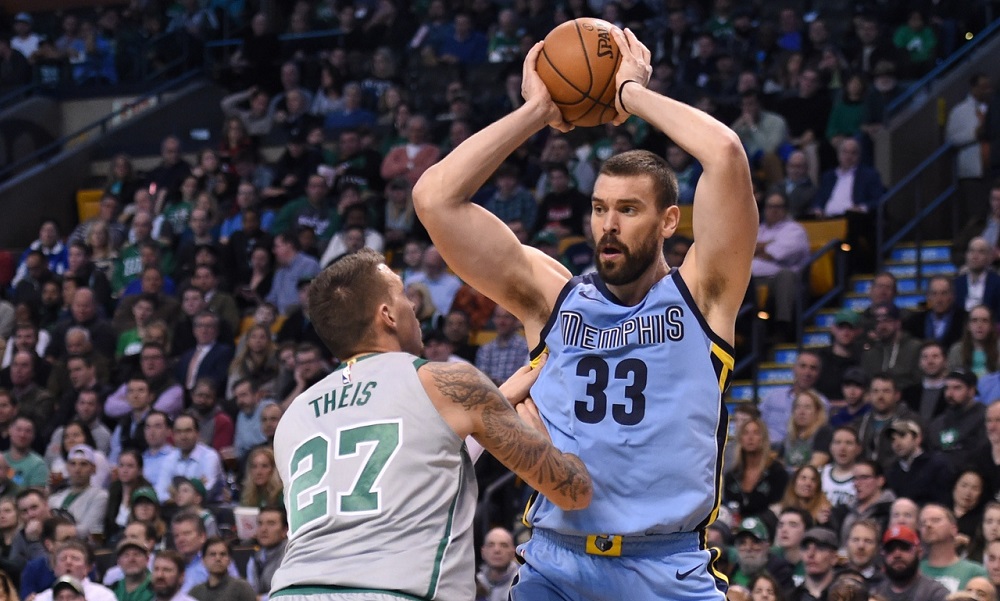 You know the saying, “one step forward, two steps back?” The Celtics took one step back and two steps forward at the trade deadline. The East royalty got better, but the larger outlook is far rosier than it looked a few days ago. Take a deep breath, Boston fans: Davis is still a Pelican.

Danny Ainge and Brad Stevens still have to walk a fine line going forward. Kyrie Irving needs to be happy. Tatum and Brown need to fully commit to winning despite the looming threat of being Pelicans bait this summer. This won’t be a cake walk, but they have the inside track to landing Davis and positioning themselves as the next superpower if Durant leaves Golden State. Big picture, that’s all that matters.

Boston wins by dint of Anthony Davis remaining in New Orleans, and it can enter the bidding armed with draft picks and a potential ace in the hole in Jayson Tatum. That much is a victory. Still, the Celtics stayed put while the Raptors, Sixers and Bucks got better. Thinking short-term—and considering the possibility they don’t get Davis and that Kyrie Irving departs—it’s still worth nitpicking the decision to sit tight. Granted, this is an expensive roster, and moving Jabari Bird clears a roster spot for the Celtics to add another veteran. But Boston is more or less deferring action until June, and will mount a playoff run as constituted. We’ll see what happens.

The “winners and losers” conclusions were virtually unanimous: the Cs did well simply by gaining a chance to trade for Davis. But while that situation might help the Celtics of the future, it doesn’t help today’s team against the Eastern contenders, most of whom got better.

Marc Gasol went to Toronto, Nikola Mirotic was sent to Milwaukee, and Tobias Harris is now a Sixer. Those teams didn’t give up too much for their acquisitions, either. The Pacers did little trading, but are figuring out how to win without injured Victor Oladipo. None of that is good news for the Celts.

Here’s hoping Danny finds a large body on the buyout market to shore up Boston’s front line. They need the help: Aron Baynes had just come back from a broken hand when the current foot pain made him sit again; Daniel Theis missed six games in the early season with a foot problem, and now is questionable for tonight with a sore knee; and even with limited playing time, Robert Williams has managed to be unavailable for several games.

Having another big, such as Robin Lopez (if he becomes available), would help the depth. However, for now, Ainge isn’t making a move.

Danny Ainge said he’s not in a hurry to fill the team’s vacant roster spot freed up with the trade of Jabari Bird and cash to Atlanta.

At issue is an already packed rotation. The Celtics are not looking for a player, whatever the position, who will command 20-plus minutes a night, such as the just-released Markieff Morris — the twin brother of Marcus, and someone the Celtics forward surmised Thursday night will be looking for a substantial role wherever he plays. Multiple reports have the Lakers showing significant interest.

“We don’t know yet,” Ainge said. “We want to see who else is going to get bought out. But it all depends on the player and the timing. We have one player (Aron Baynes) who is hurt right now and will be back soon. Right now the rest of the team is healthy.”

Herald: Celtics not in hurry to sign a buyout player

While the second and third rounds of the East playoffs are expected to be an all-out battle, the importance of the final 28 games to secure home-court advantage in those rounds did rise in importance yet again on Thursday. There’s less of a margin of error now for Boston as depth gets bolstered in other destinations. Thursday night was not a great start in that department after Boston blew an 18-point home lead to an undermanned Lakers squad at the TD Garden. The Celtics had seemingly managed to turn the corner in recent weeks, avoiding letdown losses against bad teams with their only blemish coming against a streaking Warriors team. Thursday’s loss was a step backward on that front as the team reverted into bad defensive habits, questionable shot selection at times, while opportunities to second guess Brad Stevens emerged as he went away from a bench unit late that was clearly far better than the majority of the starters all game long.

With bad losses at home already piled up this season (Magic, Suns, Knicks), the road to even the No. 2 seed in the East is an imposing hill to climb. Five head-to-head battles await for Boston against the Bucks, Sixers and Raptors and none of them are coming at the Garden. If the Celtics do inch their way towards the top of the East standings with this group, they will have earned it.

Boston came into this season with the pressure of being the favorite, and that pressure nearly crushed them to start the season. That won’t be the case when things reset out of the All-Star break. They’ll be back to the “no one believes in us” Celtics, which might be what finally shifts them into fifth gear for the stretch run.

It’s the only way the Celtics can keep up now. Without a mid-season trade to shock their system, they need the shock of the rest of the league improving to push the guys already here to play better. They’ve mostly done that since the end of November, but the margin for error is almost gone. Nights like they suffered against the Lakers, where they admittedly didn’t try as hard as they should have, can no longer be acceptable.

I was listening to a podcast after the L.A. game and one of the talkers said he wasn’t worried by the Celtics losing a big lead. It was just one game out of 82, he said. Shake it off and move on to the next one.

Wrong! It was the gahddamn Lakers, and with LeBron. If there’s one game you can’t afford to give away, it’s against those guys with that guy! Blowing a big lead, at home, on national TV, to your fiercest rival (who had lost two days earlier by 42), with one of your ex-stars making the game-winner – it was friggin’ humiliating.

OK, deep breath. It’s true that this was only the second Celtics loss in their last 12 games. But even so, the schedule is about to get harder, and they simply must play better and not give wins away. They have only 27 games remaining (15 on the road, where they’re a .500 team), and are barely clinging to fourth place in the East at this moment. Every slip-up puts them in more jeopardy of not even having home court for the first round.

You want Kyrie to re-sign? You want A.D. to consider Boston long-term? You want free agents (psst, Durant) to be attracted here? The way to get all that is to have a deep playoff run, not to get eliminated before round two.

The Celtics need everyone to play defense with as much purpose and effectiveness as Marcus Smart.

Combing through the NBA's matchup stats and I have Marcus Smart defending centers for 133 possessions this season, on which he has surrendered a total of…