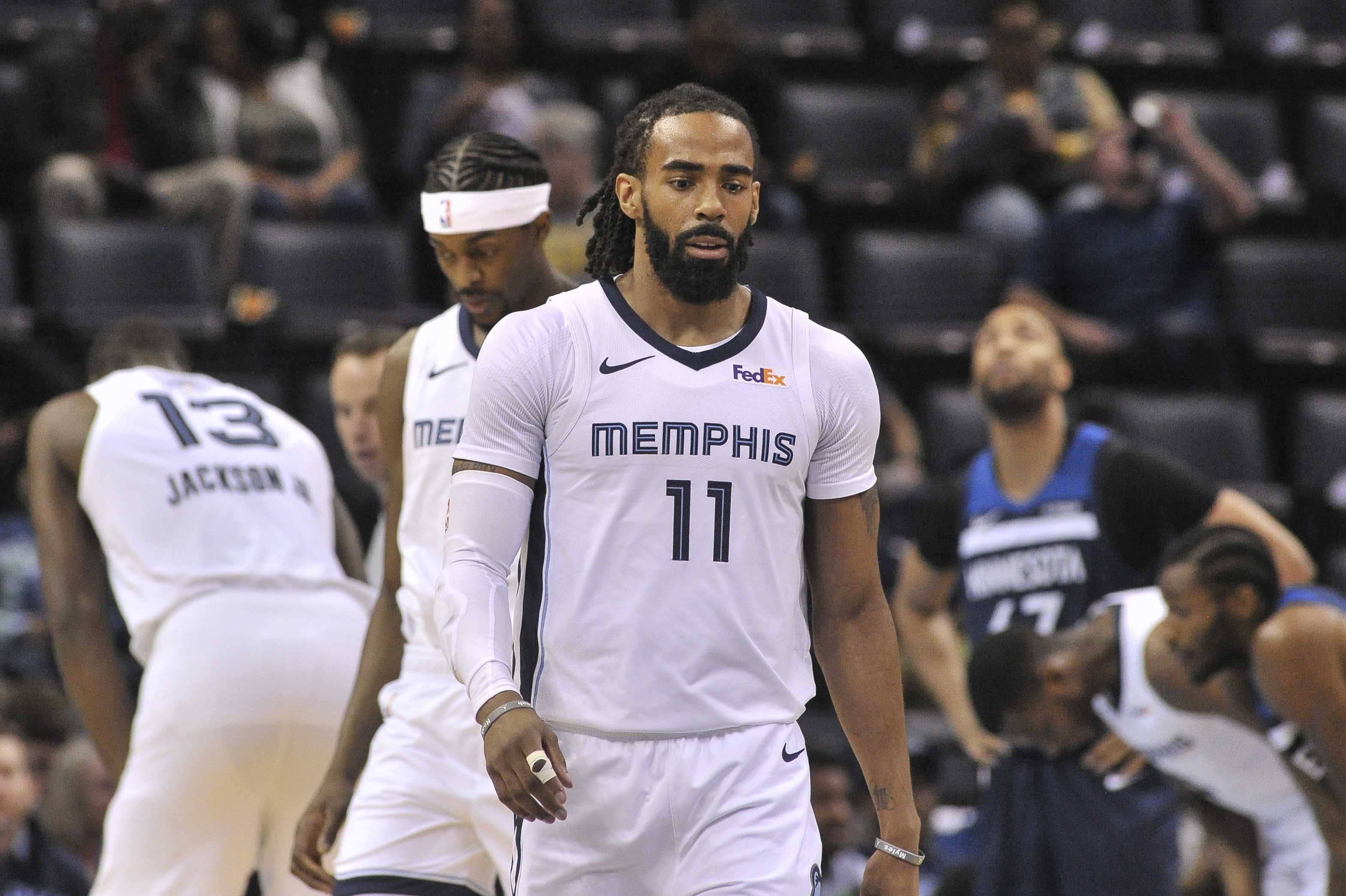 For some players, the NBA trade deadline can result in a change for the better.

Take Marc Gasol and Tobias Harris for example. Instead of playing out the season on teams that either won’t make the playoffs or will get bounced early, Gasol and Harris now appear set to contend for an Eastern Conference title after having been traded to Toronto and Philadelphia, respectively.

Not every player was so lucky, though. Here are 10 NBA stars stuck on bad teams after the trade deadline.

Even though the Hornets are in position to make the playoffs for the first time in three seasons, it’s highly unlikely they get past the Eastern Conference’s elite teams to contend for a championship. Milwaukee, Toronto and Philadelphia all improved their rosters via trades. Charlotte, on the other hand, was reportedly close on a couple of deals, according to Rick Bonnell of the Charlotte Observer, but nothing materialized before the trade deadline. Now, the Hornets can only hope that Walker will stay beyond this season. The All-Star point guard will be one of the hottest free agents on the market this summer.

With a rebuild looming, the Grizzlies appeared to be looking to unload both Gasol and Mike Conley ahead of the trade deadline, but they only succeeded in trading one of their stars. Conley could have no doubt put a contender over the top with his scoring, passing and leadership, but instead, the veteran point guard will turn his attention to the development of Memphis’ young players.

One factor in the Grizzlies not trading Mike Conley: They value him as a mentor for Jaren Jackson Jr., a 19-year-old being groomed as the future face of the franchise. Conley was not eager to leave Memphis.

Conley still has two years left on his contract after this season, but the Grizzles might try to shop him in the offseason if they’re fully committed to a rebuild.

Washington’s season went from bad to worse this week when the team announced All-Star point guard John Wall had suffered a torn Achilles at his home and will likely miss the entirety of next season. The Wizards also dealt Otto Porter Jr. to the Bulls, one week after owner Ted Leonsis said the team wouldn’t trade any of its stars. With Porter gone, and Wall on the mend for the foreseeable future, the Wizards are looking at a potential rebuild next season, and Beal is facing another year of his prime wasted in Washington.

Despite Davis and his agent asking for a trade from New Orleans, the Pelicans thought it better to wait on Davis’ future rather than making a hasty deal before the deadline. That doesn’t mean the Pelicans won’t trade the All-Star big man in the offseason, but it does ensure he’ll be around for the rest of this season. Instead of playing for a contender alongside LeBron James in Los Angeles like so many expected, Davis will finish out the year on a team whose main focus is keeping him healthy for the remaining 26 games.

With James in the Western Conference, and the roster gutted of key veterans from last year’s NBA Finals team, it would have made sense for the Cavaliers to trade Love to a contender in exchange for assets, but according to Chris Fedor of Cleveland.com, the All-Star big man still has value within the organization. The report states that the team values his leadership and work ethic, which could be why he wasn’t moved. Cleveland is in the early stages of a lengthy rebuild that appears to include Love, who signed a four-year extension with the team this past summer.

It’s a bit surprising that Vucevic is still a member of the Magic. The veteran center was viewed by many as the ideal trade candidate with this being the final year of his contract, in the midst of an All-Star season, no less. Why Orlando kept him is a bit of a head-scratcher, unless the plan is to re-sign him after this season. Regardless, Vucevic’s best season in the NBA will essentially be wasted on a team that’s still finding its way through the rebuilding process.

Jordan wasn’t exactly on a contender prior to joining the Knicks, but the Mavericks had at least some hope in the form of rising star Luka Doncic. New York is the complete opposite. The Knicks have their sights set on the No. 1 pick in the draft and signing big-name free agents in the summer. Jordan is merely along for the ride. As for a buyout, the Knicks intend to keep Jordan on the roster.

The Knicks plan to keep DeAndre Jordan but intend to grant Wes Matthews a buyout once the trade deadline passes, league sources say. Matthews is at the top of the buyout brigade with expected interest from Indiana, Golden State, Houston and maybe more.

It seems like just yesterday Jordan was on the Clippers contending for a championship. Oh, how times have changed for the former All-Star.

Ariza has been somewhat of a hot commodity this season. After signing a free-agent deal with the Suns this past summer, the veteran swingman was acquired by the Wizards in December in an effort to provide the roster with some much-needed leadership. When Washington’s playoff hopes fell apart, there was talk the Lakers might be interested in acquiring Ariza for their potential postseason run, but the deadline came and went Thursday with the Wizards still holding onto to the 33-year-old. There’s a good chance Ariza misses the playoffs for the first time in five seasons.

The Gasol trade had to have been tough on the Raptors players who thought they’d be playing for a championship this season, especially Valanciunas, who accomplished so much during his time in Toronto.

And while Memphis can’t provide Valanciunas with an opportunity to contend for a title this season,  he does have options in the summer. The 26-year-old big man has a $17 million player option for next season, or he can choose to be a free agent.

Bazemore is another example of a player who probably should have been traded before the deadline. The Hawks are more concerned about getting their young players playing time than winning games at this point. And Atlanta already has veteran leadership in the form of Vince Carter and a handful of others, so it’s not exactly clear why it was necessary to keep Bazemore.

The veteran shooting guard is averaging a career-high 13.3 points per game this season. There had to have been some interest in his ability at the deadline. In any case, Bazemore is stuck on the Hawks for the rest of this season, and he has a $19 million player option for next season if he wants to remain in Atlanta.