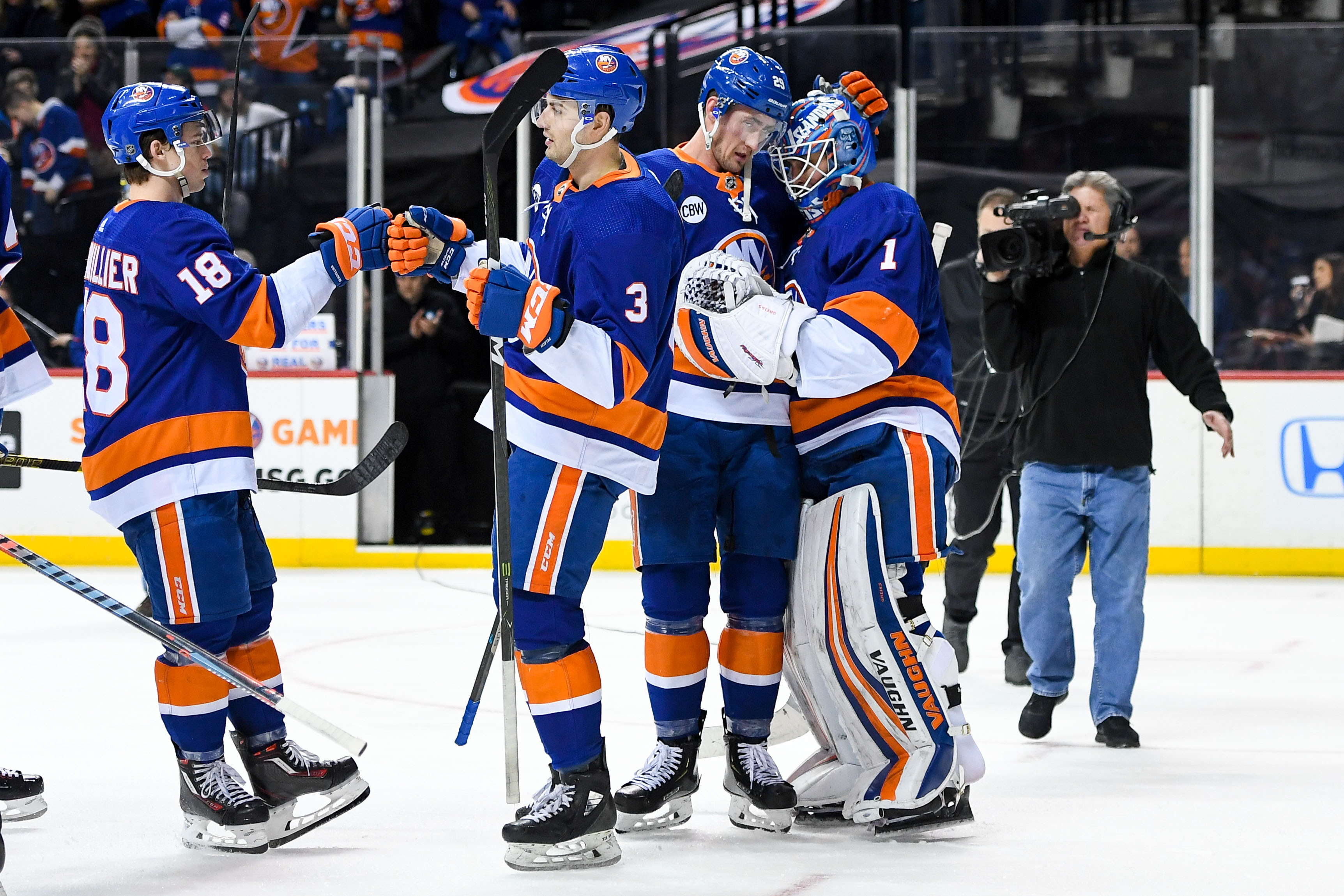 NEW YORK — The Islanders didn’t need an offensive onslaught to come out victorious on Sunday afternoon. All it took was a first-period goal from Anthony Beauvillier and a second-period goal from Devon Toews to come away with a 2-1 win over the Minnesota Wild at Barclays Center.

Thomas Greiss picked up his 16th win of the season and Beuvillier’s goal in the first period was his first in 12 games. The win helped give the Islanders more wiggle room in the standings, moving five points ahead of the Washington Capitals for the Metropolitan Division lead.

“We executed the game plan, we did a lot of good things and Greisser shut the door,” Beauvillier said. “We had huge commitments, especially at the end. (Anders Lee) just dove in front of pucks and it’s a big one for us.”

"We executed the game plan and did a lot of good things. We had huge commitment. It's a big win for us." –@titobeauvi21 pic.twitter.com/ov8gXfajSS

Despite the low score, the Islanders controlled most of the 60-minute contest. The Isles held Minnesota to single-digit shot totals in the first and second periods of the game while posting 25 shots through the first 40 minutes.

Minnesota was limited in their scoring chances, but when the Islanders needed Greiss made the big saves. The Islander goalie finished the night with 26 saves.

Sunday marked the fifth consecutive start that Griess had allowed one or few goals against.

“When your goalie plays that well every night it’s going to give you a chance to win,” said Valtteri Filppula, who had the primary assist on Beauvillier’s goal.

It was the young Islanders forward that opened up the scoring on Sunday afternoon. Filppula found Beauvillier with a lead pass as the forward had gotten behind the Wild’s defense.

Beauvillier’s breakaway shot snuck through the five-hole of Devan Dubnyk. The goal had been Beauvillier’s first since he scored against the New York# Rangers at Madison Square Garden on January 12.

“I was just moving my feet and at the right spot at the right time,” Beauvillier said. “Val and Leo (Komarov) just great players. … It was just one of those games that everything bounced for us, so it feels good.”

A power-play goal by Mikael Granlund 38 seconds into the second period briefly tied the game at 1, but the Islanders responded quickly. Toews responded with a power play goal of his own off a shot from the top of the slot to give the Isles a 2-1 lead at 2:01 of the period.

Next Saturday’s game against Edmonton will be the Islanders final regular season game in Brooklyn.