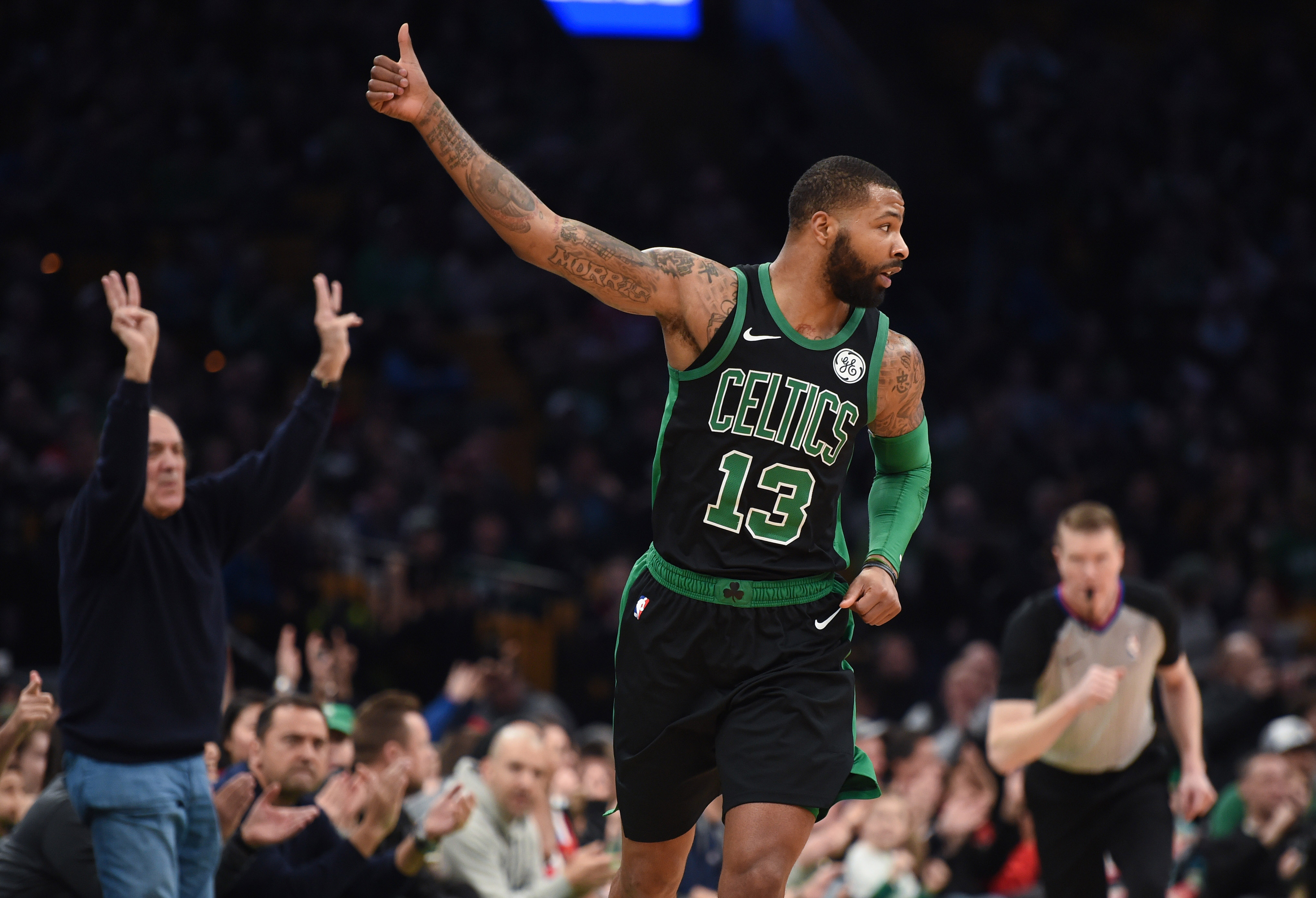 The Celtics had a 28-point lead in the second quarter of Saturday’s game against the Clippers, and it looked as if the team was going to rebound from Thursday’s last-second loss to the Lakers in a big way.

But when Kyrie Irving suffered a knee injury, which forced him to leave the game, all bets were off, and the Clippers came to life.

Still, a 21-point halftime lead at home against a team that recently shipped off arguably its best scorer appeared to be a large enough cushion, even without Irving. The Clippers, however, began chipping away at the lead, and somehow, they emerged victorious 123-112, holding the shell-shocked Celtics to just 12 points in the third quarter.

The Celtics were listed as 11.5-point favorites in the game, and it’s safe to say no one could’ve predicted the final two quarters would unfold as they did. The blown lead resulted in Celtics forward Marcus Morris sounding off about the state of the team — essentially saying that there’s too much individual play, rather than solid team chemistry.

Morris: "When I look at us I just see a bunch of individuals."

More Morris: "Don’t see the joy in the game. I watch all these other teams and guys are up on the bench, they’re jumping on the court, they’re doing all of this other stuff that looks like they’re enjoying their teammates’ success. They’re playing together, playing to win."

▶️ Marcus Morris Sr. keeps it real about the Celtics loss and how he feels the team has been playing lately pic.twitter.com/AakcU4ag7i

The Celtics need to get back on track — and soon. A players-only meeting could be in the cards, as Morris and his teammates clearly are not on the same page right now, while the Sixers, Bucks and Raptors are all rolling.