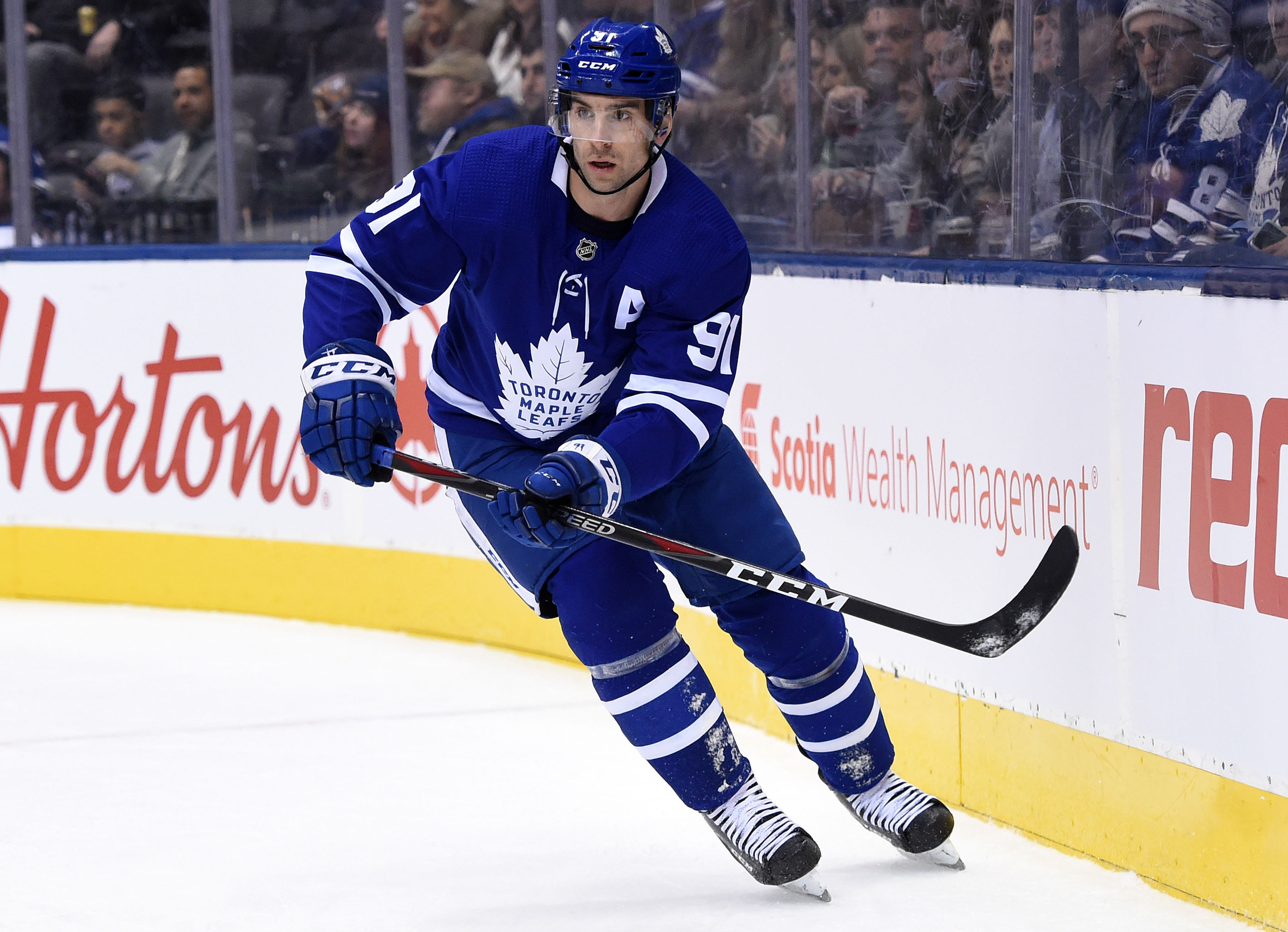 John Tavares is planning to try and treat the Toronto Maple Leafs February 28 matchup with the Islanders as any other game, but that will likely be a tall order considering the raw emotions still felt by the Islanders fanbase.

While the game is just under four weeks away, Tavares was back in the New York Metro area just a few miles away from where the Islanders had defeated the Minnesota Wild earlier on Sunday. The trip was his second time back in the region since leaving the Islanders to sign with Toronto on July 1.

However, it’s his trip to Long Island later this month that most of the New York hockey community has been anticipating since the schedule was released. Islanders fans have not let go of the pain that they felt when the team’s star player and captain departed for his hometown team during free agency and his first appearance since leaving is expected to be an emotionally charged night.

“It will be nice to see a lot of familiar faces and be back in a place that meant a lot, and still does mean a lot to me and my career,” Tavares said after the Leafs fell 4-1 to the New York Rangers. “As best I can I’ll try to treat it like any other game. It probably won’t be like that. Obviously, it probably won’t be like that, but I’ll try to be the best prepared I can play.

“Whatever the reception is I’ll just focus on playing and trying to play well.”

It would be a safe bet that Tavares won’t receive a warm welcome in his first game back, despite playing nine seasons with the Islanders and helping to lead them to their only playoff series victory since 1993. Chants of “JT Sucks” have been known to pop up during Islander home games this season and there remains a feeling of disloyalty amongst the fanbase about the way Tavares left the team.

Despite Tavares’ departure, the Islanders have managed to shock the NHL with an incredible season thus far. The Islanders hold a five-point lead on first place in the Metropolitan Divison and won back to back games over the weekend.

With 72 points in the standings, the Islanders have more points through 55 games than the Maple Leafs do in the same number of contests. Still, Tavares feels no regrets over his decision to leave.

“I have absolutely no regrets. I’m in a great spot here,” Tavares said. “It’s been a tremendous opportunity and we’re just beginning. When I made the decision it felt right to me and it felt it was the best thing for me and my career.”

Tavares’ first trip back to New York originally wasn’t scheduled to be on Long Island. The February 28 game had been set to take place at Barclays Center in Brooklyn, but was changed to the Nassau Coliseum in October.

The former Islander had expressed excitement about playing games back at the Coliseum when the organization announced it would be splitting home dates until their new arena in Belmont was built. Tavares’ opinion about the Coliseum remained unchanged when he was asked about it on Sunday.

“I think the identity of the Islanders has always been connected with the Coliseum and being on Long Island,” Tavares said. “There’s plans for a new arena, which is on Long Island, which is great. Great for them and a huge step. Brooklyn is what it is or was what it was, and while I was there you tried to make the best of the situation.”