Your Post-apocalyptic Loss Dump....Where no one is having fun and I'm giving up 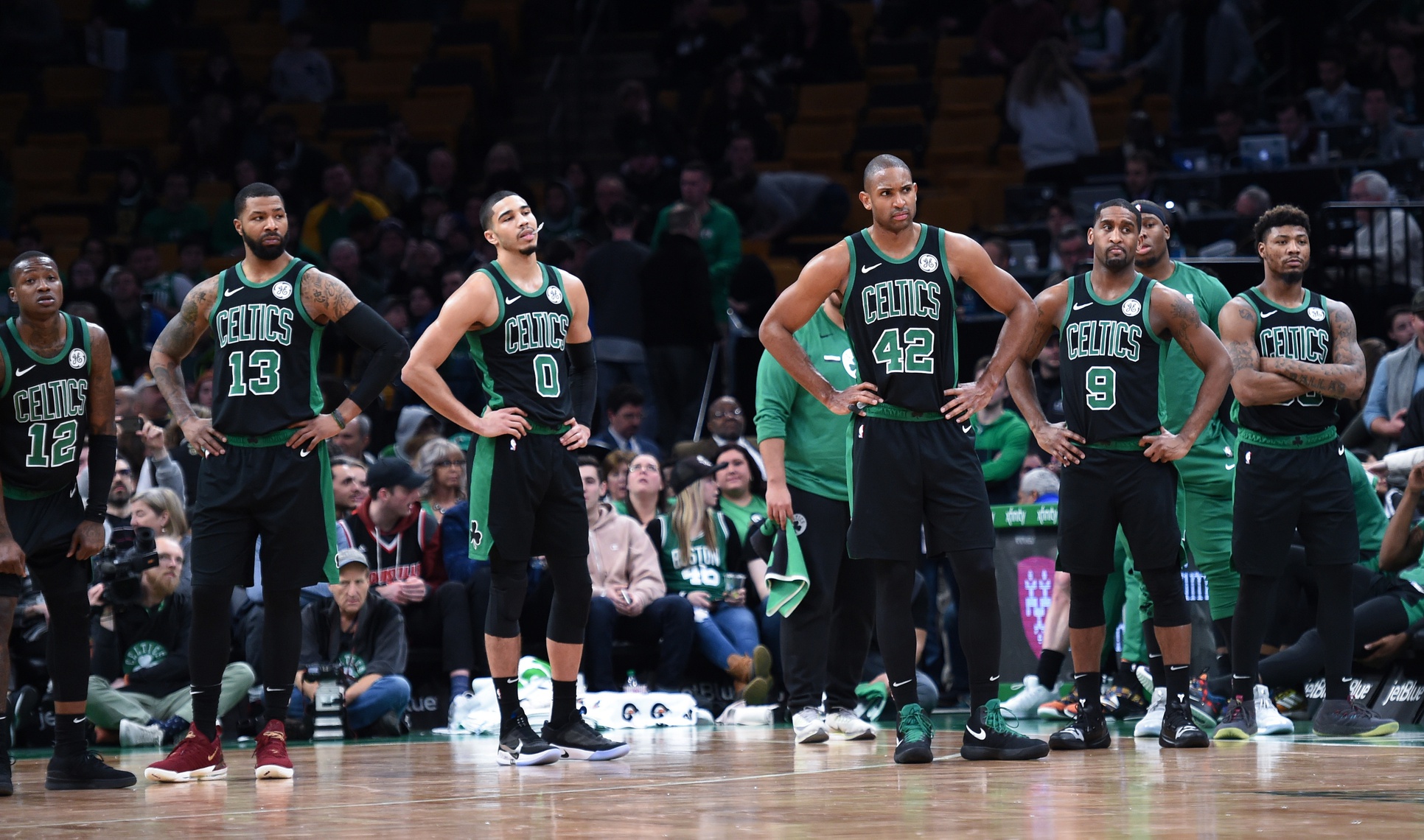 Your Post-apocalyptic Loss Dump....Where no one is having fun and I'm giving up

▶️ Marcus Morris Sr. keeps it real about the Celtics loss and how he feels the team has been playing lately pic.twitter.com/AakcU4ag7i

“For me, it’s not really about the loss,” Morris said. “It’s about the attitudes that we’re playing with. Guys are hanging their heads. It’s just not fun. It’s not fun. We’re not competing at a high level. Even though we’re winning, it’s not fun. I don’t see the joy in the game. I watch all these other teams around the league and guys are up on the bench, they’re jumping on the court, they’re doing all of this other stuff that looks like they’re enjoying their teammates’ success, they’re enjoying everything, and they’re playing together and they’re playing to win. And when I look at us I just see a bunch of individuals.”

More from Morris: “We have talked about it. Been a little minute. But for us to be a championship team, man, this s— has to change. We have to genuinely want to win. That has to be the first goal. Whatever that change is, I’m with it. They want to take me out of the starting lineup, get some juice in there, I’m with it, man. But I’m trying to win. That’s the main goal. Trade deadline is over, this is the team we rocking with, this is what we going with. End of the day, man, it’s unacceptable what we did tonight. It’s very unacceptable for a team of our caliber.”

I appreciate Marcus Morris’ take-no-prisoners approach following last night’s disastrous loss to the Clippers. It wasn’t just the worst loss of the season, it was arguably the worst loss in Brad Stevens’ six-year tenure.

Unfortunately, tough talk and motivational comments have little impact on your 2018-19 Boston Celtics.

This team simply doesn’t have it. And forget about flip switching come playoffs. This team isn’t good enough, nor tight enough to survive a playoff series with the Sixers, Raptors or Bucks.

Brad Stevens isn’t giving up. After the game, he spoke about searching for different rotations and different sets. The Globe’s Adam Himmelsbach uncovered a troubling trend involving three key players:

When the Celtics’ defense has been gashed this season, it is usually related to some combination of Horford, Hayward, and Morris being on the court together. Of the team’s 16 worst defensive ratings among two-man groups with at least 250 minutes played together, 15 have Hayward, Horford or Morris in them.

When isolated to the troubling second quarters, the defensive numbers are even more grisly: Hayward/Horford (125.1), Hayward/Morris (116.7), and Horford/Morris (114.9) have been the team’s three worst pairings with at least 50 second-quarter minutes together. In third quarters, Horford and Morris have a team-worst 118.7 defensive rating, followed by Morris/Terry Rozier and Horford/Smart.

Those numbers are ghastly. Stevens has no choice but to get more mid-game minutes for Semi Ojeleye at the expense of Gordon Hayward. And with Morris’ shooting percentages in free-fall mode the last three weeks, the same goes for him.

It really doesn’t matter. If the defense comes around, the offense will probably suffer.

On Page 2, Kyrie’s knee injury is reportedly not serious.

Here's the play that Kyrie seemed to tweak his knee on. pic.twitter.com/K4rSCfxb7m

And finally, even the Kings are taking jabs at us.

Y’all can #BeatLA in every sport but this one. Smh https://t.co/tbcnMoRemd

The Kings are neck and neck with both LA teams for the 8th spot in the Western Conference.