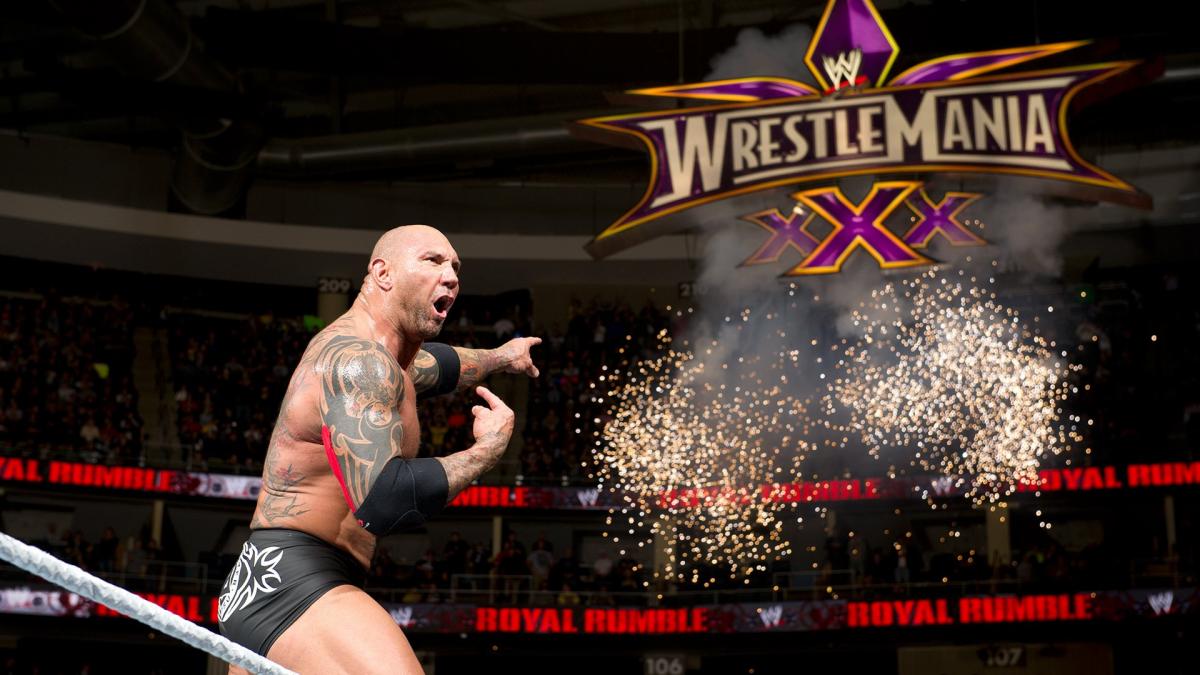 Former WWE star-turned-actor Dave Bautista, aka Batista, made his return to WWE at the Smackdown 1,000 special back in October last year, and during the appearance The Animal teased a future match against Triple H.

The belief at the time was that the angle was potentially planting the seeds for a Triple H vs Batista match at WrestleMania 35, but when The Game suffered an injury at WWE Crown Jewel, his status for ‘Mania became questionable.

Triple H has since noted that he is on the mend following the injury, and there is a possibility he will be cleared to compete by the time WrestleMania rolls around on April 5th.

According to a new report from Pro Wrestling Sheet, Batista is currently in “deep talks” with WWE about a return to the company and a possible match at WrestleMania, however, the report does not specify which match is being pitched or discussed.

Batista Hints At His Highly Speculated Return To WWE

While Batista is considering the offer, The Sheet report adds that All Elite Wrestling has also expressed interest in Batista, and is also making an offer of its own. Furthermore, Batista is said to be entertaining the offer, and is willing to listen to what AEW might have in mind for the former WWE Champion.

There is currently no word as to whether or not Batista has accepted either offer, and at this point it appears as if negotiations are ongoing.

In the past, Batista has expressed public interest in facing Triple H at WrestleMania in what would likely be his pro wrestling sendoff feud, before he accepts an induction into the Hall of Fame. The Guardians of the Galaxy star has said in the past that he has turned down prior invitations to be inducted into the WWE Hall of Fame, claiming he is not yet finished wrestling and wants another full-time run before hanging up his boots.