Is Ender Inciarte Primed for a Rebound? 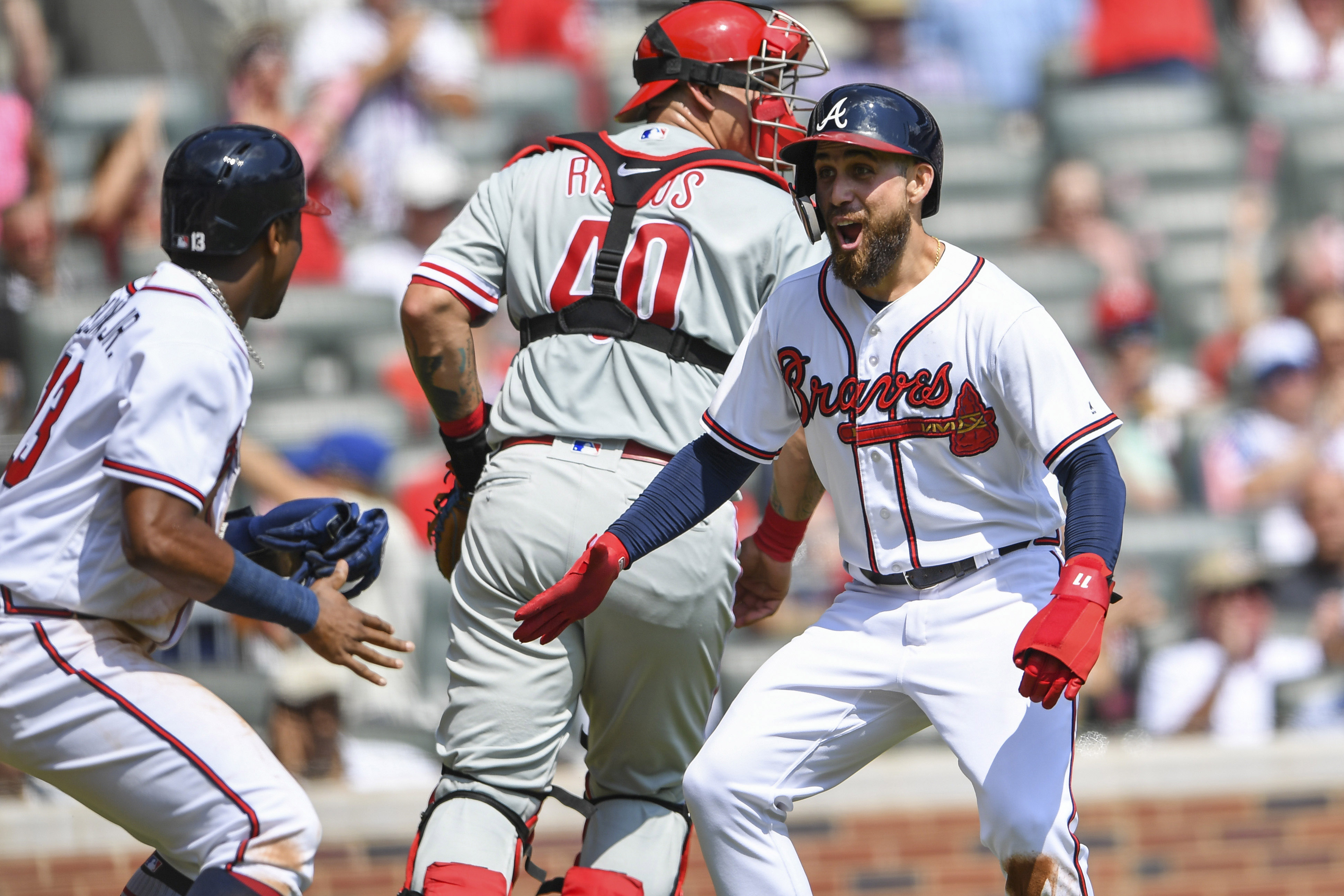 Is Ender Inciarte Primed for a Rebound?

In many ways, very few Braves have been more valuable than Ender Inciarte over the last three seasons. In fact, he has a rather neat 9.0 fWAR over those three years. Obviously, a good deal of that value is tied in to his glove and ability to play center field. But in 2016 and 2017, Inciarte was, at worst, slightly below the league average in wOBA for a National League center fielder. Add in his defensive value and you got yourself a fine player.

But his offense struggled tremendously in 2018. He posted his worst numbers since his rookie year back in 2014, slashing just .265/.325/.380 with a .308 wOBA – eleven points below the NL average for a center fielder. The defense remained solid, leading to a 2.9 fWAR, but his bat was so anemic that the Braves often slotted Ronald Acuña Jr. in center field, at least against southpaws, after acquiring Adam Duvall. Of course, Duvall was dealing with his own extra strength struggles at the plate.

Let’s start with his BABIP, or Batting Average on Balls in Play. It’s always a good starting spot because it can help lead us one way or the other. And in this, we do see a notable difference compared to his first two seasons in Atlanta. Inciarte is heavily dependent on hits. He doesn’t walk often so his primary method at beating the pitcher is through a base hit. He got 201 of them in 2017, for instance. But his BABIP fell from .339 that year to .293 in 2018. Subsequently, his hits trickled down to 158.

One thing that quickly stands out about Inciarte’s 2018 season is that he started, really for the first time, to pull the ball more frequently. During his first two seasons in Atlanta, he went opposite field as often as he pulled the ball. He hit it up the middle more than either side. That’s a useful weapon for Inciarte because there is more room up the middle for a hit than either side of the diamond where a foul line can take away hits. That’s even more important for Inciarte because he hits the ball on the ground about half of the time.

So, now we have Inciarte hitting the ball nearly as often as ever on the ground and pulling it to the right side far more frequently. It probably should go without saying, but because Inciarte hits the ball on the ground so darn much, he has one of the weakest exit velocities in baseball. The MLB average is 87.3 mph over the last four years. Inciarte has averaged 83.2 mph. Even in 2017, when 201 batted balls were hits for Inciarte, he remained in the bottom 2% of MLB in exit velocity.

In fact, the only real thing that stands out about Inciarte in 2018 is that he pulled the ball a bit more and hit the other way a little less. That’s it – outside of the results, of course. That may not even explain his BABIP being so low, however. After all, opposing teams didn’t suddenly change how they defended against Inciarte, though he did see his first – and only – shift since Statcast started to chart that category in 2016. Further, pitchers did work Inciarte in a bit more frequently with more strikes over the inner half of the zone than they did in 2017. That, too, could help explain Inciarte’s pull rate to some degree.

When I started this, I asked what happened? How did Inciarte go from a .328 wOBA in 2017 to .308 the following year? And more pressing – how likely is a rebound?

To that first question, it was just mostly rotten luck. To the other question, well, chances are good that he does rebound. Simple averages work in his favor for, at least, some return to his career norms and maybe more. And Inciarte finished stronger in 2018 than he started, hitting .302/.345/.448 in the second half. Those numbers aren’t sustainable for him, but neither was his first half slash of .241/.312/.337. He’s going to go through bad stages and good stages. His game is completely dependent on finding green in the outfield and that will happen. But it’ll also fail to happen and he’ll be a problem in the lineup, one that’s quite difficult to hide when his manager, Brian Snitker, prefers to hit Inciarte leading off.

In the end, if I had to guess, I imagine Inciarte will have one really good half and one not-so-good half. He’ll continue to flash great defense and, unless he gets hurt, will probably be around 3 fWAR when the season ends. When he’s on fire, bat him high in the lineup. When he’s struggling, drop him. Personally, I prefer to leave him hitting ninth, but Snitker doesn’t like to do that so taking advantage of his hot streaks is advisable.

Ender’s not broke. He’s just who he is. Now, whether that is enough for the Braves is another question – and another article. But having a 3-WAR guy patrolling center field is never a huge worry even if you’d prefer to get more offense in the lineup.