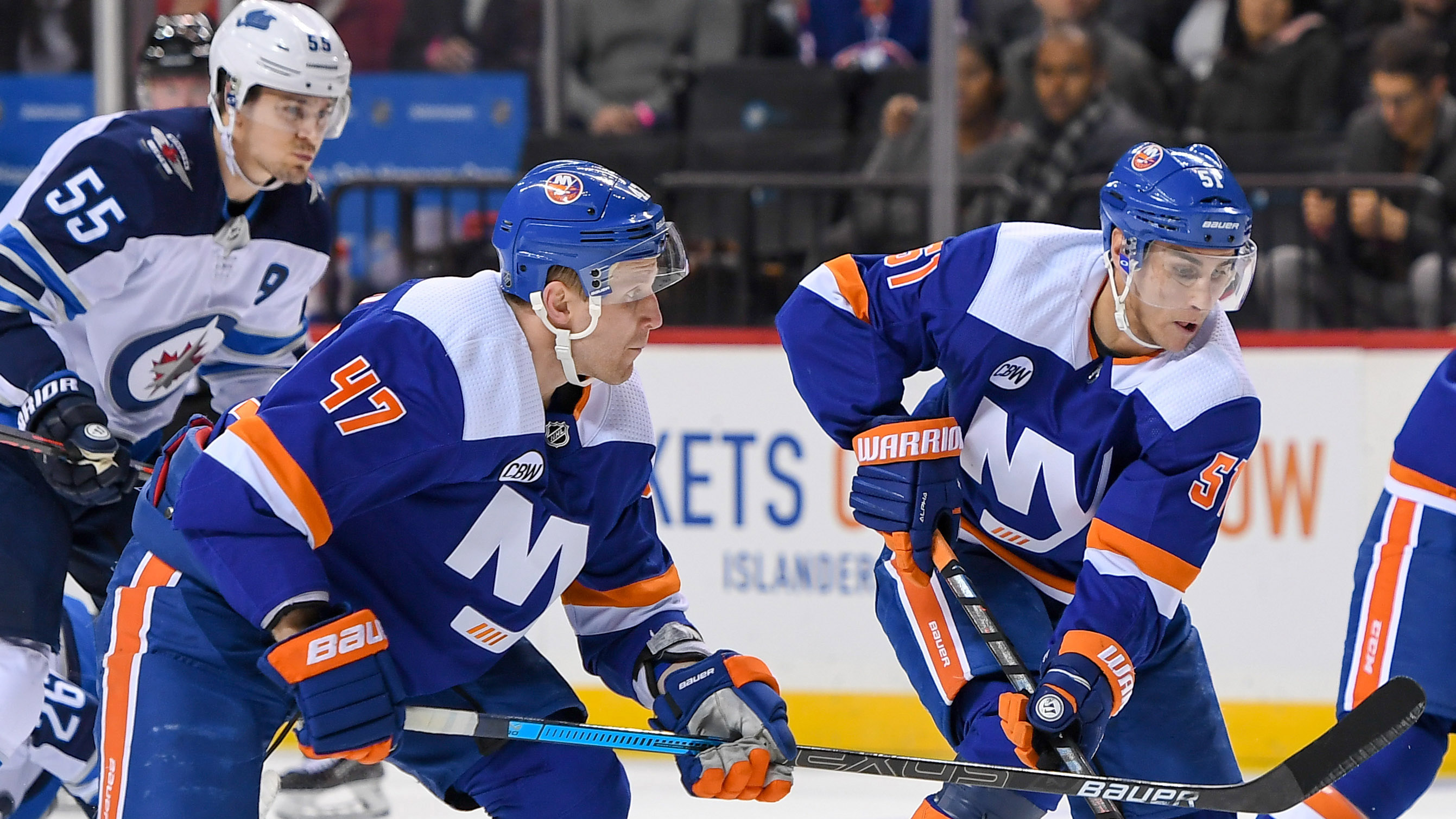 NEW YORK — There once was a fictional neighborhood of Niceland. In Niceland, existed a cheery, loveable and kind-hearted hammer-wielding maintenance man, Felix. You likely recall him as Fix-it Felix Jr. – the protagonist in one of the most popular platform games ever created that shared his name.

His job was to fix all of Ralph’s (or the villain’s) wreckin’ with his magical, golden hammer. With a single tap, that supernatural mallet fixed nearly anything.

Playing the role of Fix-it Felix Jr. and his father, Felix Sr.: Leo Komarov and Valtteri Filppula. You can credit Barry Trotz as the creator of it all.

“Those two guys are sort of like ‘Fix-it Felix,’” Trotz said after the Islanders held off the Minnesota Wild 2-1 on Sunday afternoon. “If you need someone to be fixed, sometimes you send it to that line and it gets fixed.”

Sure, that makes plenty of sense. Put a young, struggling player alongside two players with a combined 21 years of NHL experience and 66 years of age.

That someone was Anthony Beauvillier, the young winger who had not scored a goal since January 12 before finding twine against Minnesota.

“They’re veteran guys,” the bench boss said. “[Filppula] is a very smart player, played on top teams, and [Komarov] you see him and [Anthony Beauvillier] have a relationship and rituals. There’s a bit of a bond.”

Just over a week ago, Trotz threw his lines in the blender and out came one of the youngest Islanders on the same line with two of the oldest Islanders: Beauvillier with Filppula and Komarov. Sometimes the unlikeliest of combinations just seem to click. From the beginning, there was no doubt these three had potential.

“They’re both smart players. We talk a lot on the bench to feel each other out,” Beauvillier said. “It’s been right place, right moment. Sometimes it just clicks. The two of them are great players and obviously are fun to play with.”

Earlier this season, Josh Bailey told Islanders.com, “Him and Leo in particular, whoever seems to play with them seems to do a great job.”

At the time, Tom Kuhnhackl was flanking the Finnish imports. As players make their way in and out of the lineup, one thing remains certain; Filppula and Komarov are the consummate professionals for anyone in their unit.

Before Beauvillier’s first-period breakaway tally, he had gone nearly a month without a goal and had accumulated just two points in that span. On Sunday, the Sorel-Tracy native finished with seven shots on goal in 17 total shifts.

With two stable influences around the young forward, Beauvillier is now focusing solely on himself and simplifying his game. That makes him fun to play with according to his new linemate.

“He’s really good and fast,” Filppula said. “At the same time, he plays well defensively, makes good plays with the puck and he can score. I can probably go on and on about him, but he’s fun to play with, for sure.”

Filppula added: “As a center, it makes things easier when you know your winger can win skating battles.”

When Beauvillier’s game is on, you immediately know it. He gets behind opponent’s defensive pairs, skates around checks and wins one-on-one battles in the corners. You saw those performances on numerous occasions like his six-shot performance in Chicago last month, or his three-goal, one assist, five shots showing against the Rangers in November.

For Beauvillier, it has always been about consistency. Can he bring these types of performances on the ice, night in, night out?