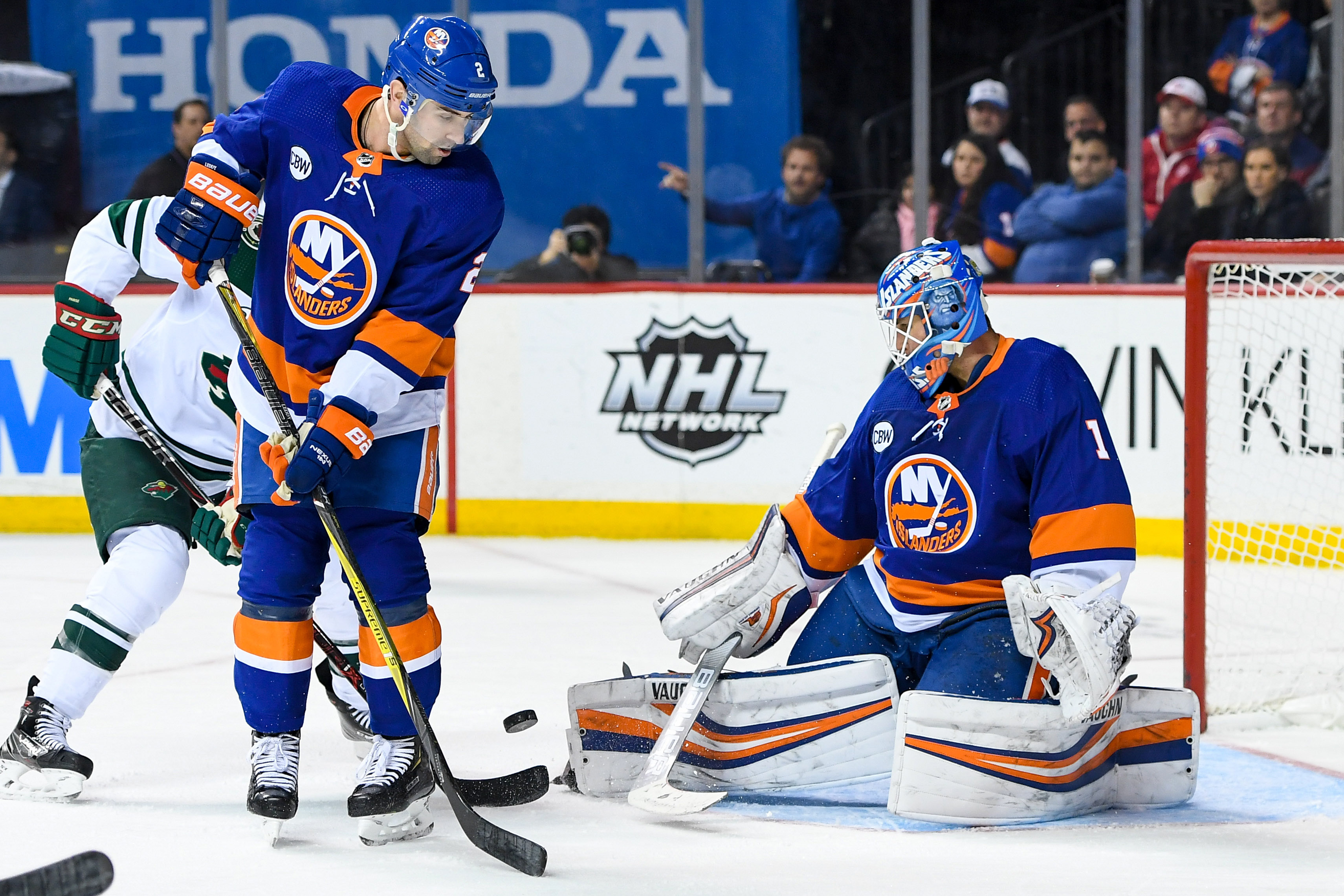 NEW YORK — The Islanders wrapped up a busy weekend with a 2-1 win over the Minnesota Wild on Sunday. Anthony Beauvillier and Devon Toews each scored in the win and Thomas Greiss mad 26 saves.

The Islanders haven’t been short on wins in the second game of back-to-backs, but there have been very few explanations as to why they’ve been so successful in them. Following Sunday’s win, the Islanders are a perfect 9-0-0 in the second half of games on consecutive nights.

Last weekend the Islanders defeated the Los Angeles Kings at Nassau Coliseum after playing the Tampa Bay Lightning the night before. Two weeks prior to that the Isles beat the Lightning in a dominating performance after losing to the New York Rangers the previous day.

“I think we’ve just done a good job on those back to backs staying with our game,” Pulock said. “Not getting too fancy and just playing hard. Pucks in deep and sticking with that. We’ve been successful so far.”

The Islanders haven’t dropped the back end of consecutive games since March 31, 2018, when they fell to the New Jersey Devils in Newark. The 9-0-0 record is also a new franchise record.

“I don’t know we’re just in good shape I guess,” Beauvillier guessed when asked about it.

Greiss is cool as the other side of the pillow

Thomas Greiss might just be the most unflappable player in the National Hockey League. The guy could pitch a 50 plus save shut out, make highlight reel saves or steal a game for his team and he’d have the same calm, nonchalant demeanor. Perhaps that’s what has made him so successful with the Islanders.

Greiss made 26 saves and finished Sunday’s game with a .963 save percentage. He had a pair of highlight reel saves to keep the Wild from mounting a comeback in the third period and Greiss is now 4-0-1 in his last five starts.

His response when he asked about his success of late: “Just working on my game all season long. Guys in front of me are playing well. Everyone is doing their job and it shows out there.”

“Greiss’ personality is really laid back,” Islanders coach Barry Trotz said. “If I said ‘hey you’re not going to play for the next five games’ he’d be ‘OK, I’m fine I’ll be ready.’ If I said you’re playing tomorrow he’d be “yup I’ll be ready.”

Greiss has always been a team-first guy since coming to the Islanders in 2015. And that’s what Trotz has liked about the 33-year-old goalie.

“It’s whatever is best for the team. There’s no agenda,” Trotz said about Greiss. “That’s endearing to his teammates and everybody.”

Taking one for the team

The Islanders have bought into what Trotz has been preaching since almost day one. That was evident on Sunday when Anders Lee sacrificed his body — more specifically his helmet — to block a shot late in the third period.

The Islanders blocked 18 shots, eight of which came in the third period alone.

“You have to have a winning commitment. If you’re just sort of in the way that puck sort of just goes into your net,” Trotz said. “You’re all in. The whole group has been all in all year and we’ve been able to put a few wins together.”