Wizards bullied in paint in piviotal loss to Pistons 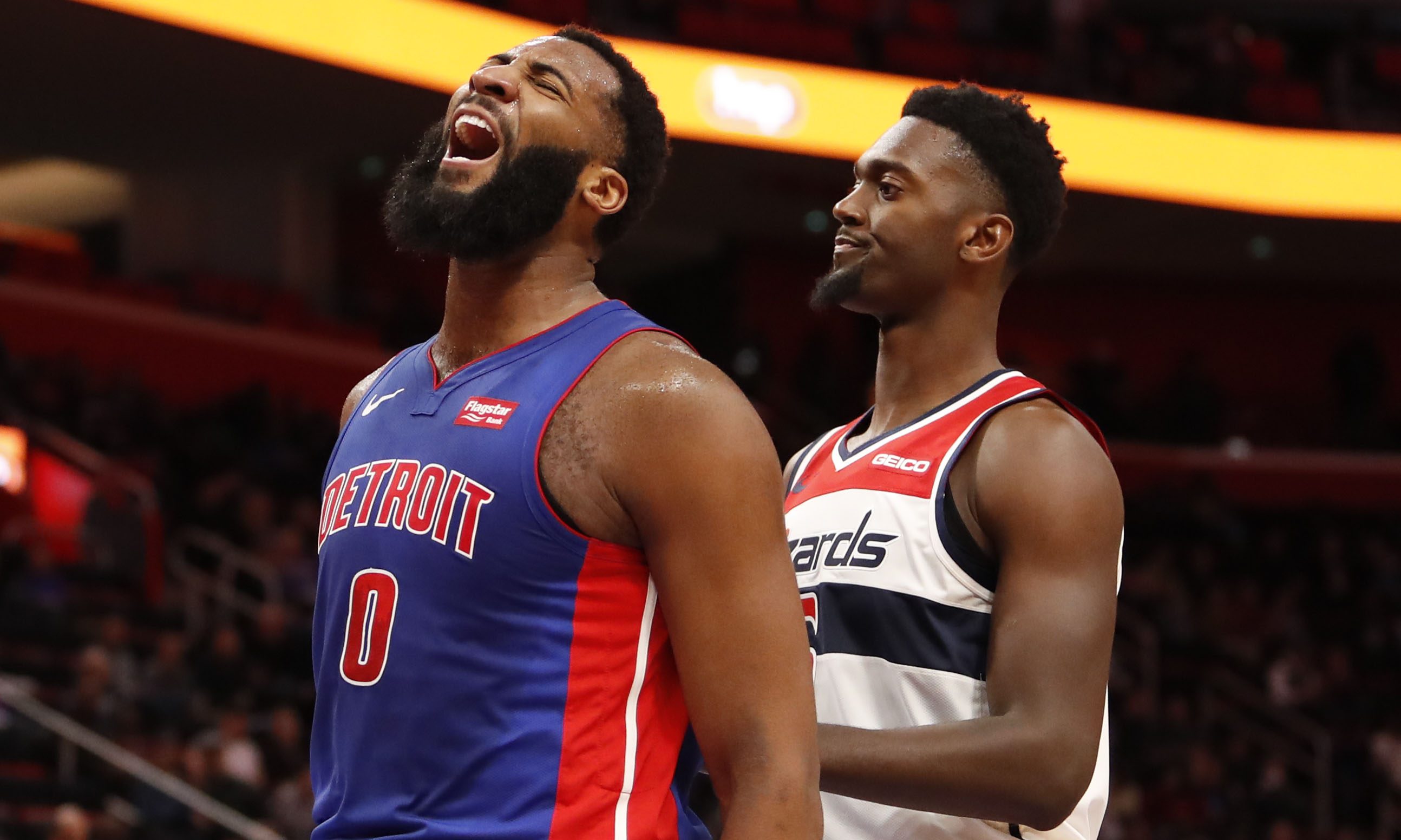 Wizards bullied in paint in piviotal loss to Pistons

The Washington Wizards are running out of time to get into the playoff picture and took a major step back on Monday night by losing to the current No. 8 seed Detroit Pistons. The road team was just two games back of the eight seed entering the game, but then deficit doubled given Washington lost the game and the season-series tiebreaker to Detroit. At 24-35, the Wizards will not reach the 50-win mark in the regular season for the 40th consecutive year.

Outmuscled by the bigs

Blake Griffin is again playing at an All-Star level and Andre Drummond remains a machine in the painted area. Undersized Jeff Green and young Thomas Bryant has simply no chance. Drummond had 32 points on 12-of-19 shooting and 17 rebounds in 36 minutes, while Griffin had a near triple-double with 31 points, nine rebounds, and nine assists in 40 minutes of work. Bryant saw limited playing time because of Drummond’s dominance against him and Green was just 1-of-6 from the field with four turnovers. It may be time for Bobby Portis to enter the starting lineup for Green to help the rebounding efforts. Washington was outrebounded 48-37 in the game and Detroit had more defensive rebounds, 38, than the road team had total rebounds. Detroit had 22 points in the paint in the first quarter alone and won that statistic for the game, 56-40.

Did you know the #Wizards suck at rebounding? pic.twitter.com/94EWAXUFRq

The soon to be restricted free agent reportedly declined an extension before the season valued at $40-50 million because he is looking for a deal of $16 million per year this offseason. There is no team in the NBA that is going to give him that kind of a deal after the swings and misses in 2016. That said, Portis could easily mind himself making eight figures a year with the way he is playing with two months left in the season. Portis had 24 points and five rebounds in 32 minutes off the bench, while tying a career-high with six three-pointers. Washington will have the opportunity to match any offer sheet Mark Bartelstein can get for his client, but at this rate they may be easily outbid given their limited salary cap space.

The 27-year old has only played 163 minutes in the NBA this season after missing all of last year with an injury. The G League’s leading scorer at 30 points per game was named to the midseason All-NBA Eastern Conference team on the same day he drops 10 points on 5-of-7 shooting in 12 first half minutes. The two-way wing is averaging 17.9 points per 36 minutes with the big league club and is more than deserving of a full NBA contract that many other two-way players are receiving at this time of the year. Unfortunately for him, he is not negotiating from a position of strength with the Wizards who have a stranglehold on his rights for the rest of the season. Washington is up against the luxury tax line and would go over that number should they reward McRae with a guaranteed contract for the rest of the year. During the offseason, the Wizards may lose out on McRae for not locking him up earlier in the season instead of signing the likes of Okaro White or Ron Baker.

Next Game: Washington will finish the pre-All-Star break portion of the schedule up north against the Raptors on Wednesday.