Who else did Ben Simmons want to speak with in the offseason? 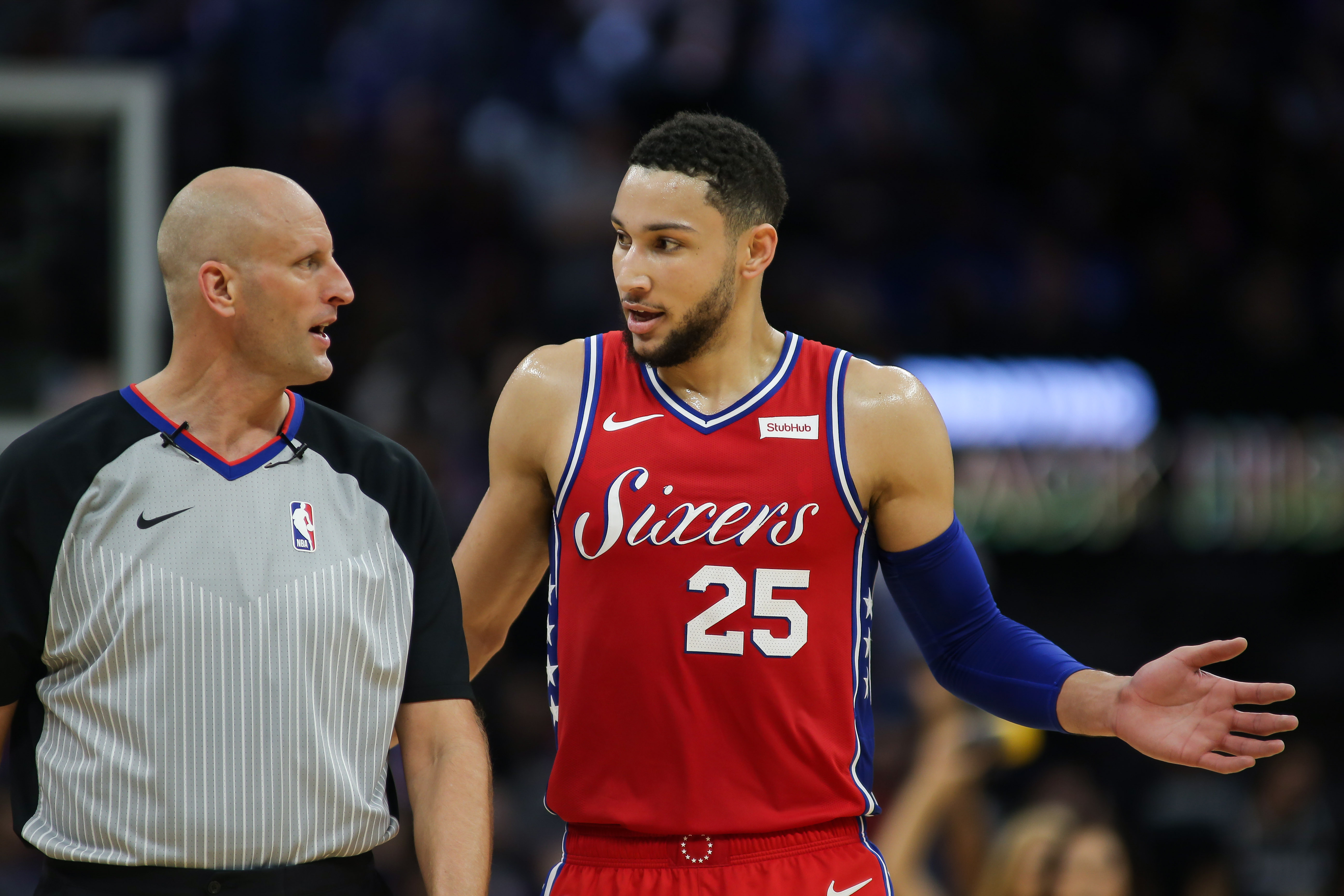 Who else did Ben Simmons want to speak with in the offseason?

Ben Simmons didn’t just want to speak to Magic Johnson during the offseason.

Do the Philadelphia 76ers really have a problem on their hands with Ben Simmons? Many speculate that Simmons has a secret motive, and will eventually leave Philadelphia to join the Los Angeles Lakers in the near future. We see the close friendship/mentorship with Lakers’ superstar, LeBron James. We also understand that Simmons has been dating reality superstar, Kendall Jenner. And we have also been sold the fact that Simmons apparently has some sort of superstar ego that only fits in Los Angeles.

With all of these factors playing into Ben Simmons career, Philadelphia fans have come to the conclusion that it’s only a matter of time before Simmons is off to live the lavish lifestyle in L.A. while playing for the Lakers. And of course, Lakers General Manager Magic Johnson made Sixers fans even more insecure when he revealed that Simmons wanted to speak to him during the offseason to talk about something that was “top secret.”

As it turns out, the meeting between Magic and Simmons will not occur, thanks to Sixers General Manager, Elton Brand. Many speculated that Magic Johnson had a motive to put the Lakers in Simmons’ head, but in all reality, Simmons just wants to speak to some former greats to gain advice while he wraps his Sophomore season in the NBA. Don’t believe me? Well, there’s actually a list of other players that Simmons put together and gave to the Sixers so they could look over.

Who did Ben Simmons want to speak to?

Sixers reporter for the PhillyVoice, Kyle Neubeck was able to put together a brief list of candidates that Simmons desired to speak to during the offseason. While Magic Johnson was on there for obvious reasons, Simmons also wanted to talk to Kobe Bryant, Tim Duncan, Julius Erving, and Allen Iverson. Obviously, Erving and Iverson will be easy to convince. The other three, well, that will be a work in progress.

There’s no update on how these meetings will go, or which ones are set up. But we do know that for tampering sake, Simmons and Magic Johnson will not meet at all. So Sixers fans can rest easy for now. If and when Simmons fails to sign his extension with the Sixers, that’s when everybody can panic. But by the way Brand has described the situation, it sounds like Simmons wants to be in Philly for the long haul.