Getting Around Goodyear: Information, Help and Hints for Indians Spring Training 2019 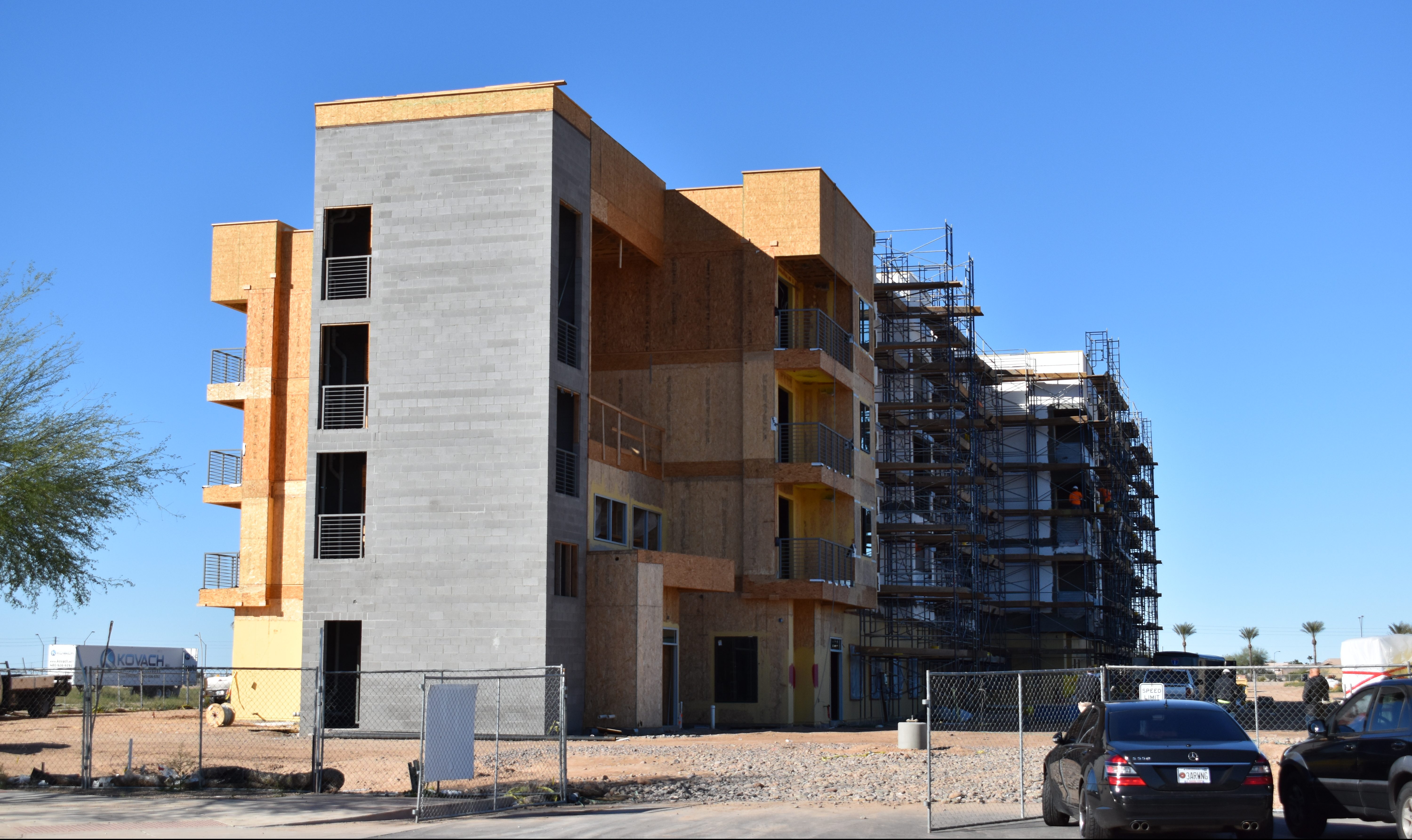 Getting Around Goodyear: Information, Help and Hints for Indians Spring Training 2019

The Indians are getting ready to officially report to Goodyear, Arizona for the 11th year and if you are planning on following them, here are some hints to help you get around from a guy who has been there almost as long. While this is generally for those heading to Arizona for the first time, there have been some major changes to Goodyear over the last year.

Because the winters aren’t as harsh, Arizona isn’t in the constant state of road construction that Ohio is, but the area just north of Goodyear Ballpark has been the site of quite a bit recently. With housing developments being built on the northeast and southeast sides of Van Buren off Estrella Parkway and a huge city park being prepared just north of Goodyear Blvd and Estrella Pkwy, traffic getting to the ballpark will likely be worse than ever. I have always recommended that those coming from east of Goodyear use the Bullard exit off the I-10 and continue south to Lower Buckeye Road. This may sound boring, but hopefully it helps a few people reach the stadium more quickly.

This route also has the advantage of bringing you directly to the development complex on Wood Blvd if you are interested in practices and minor league games (more on that later). Things could get more complicated on your exit, however, if you are staying east of Goodyear. The I-10 freeway has been closed intermittently (mostly on weekends) over the last year as Arizona’s road system is being expanded and this could be a huge problem this spring. With increased population in the area because of spring training, this will definitely be a route to avoid.

The park on Estrella Pkwy and Goodyear Blvd isn’t expected to be open until 2020, but should be a great benefit not only to locals, but those who are attending spring games and looking for more to do within the city of Goodyear.

Finally, the biggest non-team related question likely to pop up during spring training this is probably going to be, “what is that big thing they are building next to the Indians development complex?” That big thing (pictured at the top of the page and below) is called the Clubhouse and will house Indians minor league players in the future while they play for one of the many minor league teams the Indians have in Goodyear. For most, Goodyear Ballpark might as well not exist between April and January, but the Indians have two extended spring training teams, two Arizona League teams and have had instructional league teams in the past, although not in the last two seasons. For these young players the Clubhouse will be a more permanent and convenient home than the apartments they have used in the past.

The south side of the Clubhouse player housing with Goodyear Ballpark in the background. – Joseph Coblitz, BurningRiverBaseball

With all that coming in the future, there are a few new places worth mentioning within the West Valley. Firmly tucked in the suburbs, Goodyear offers a plethora of restaurant options that are consistently increasing.

Nearest to the ballpark is Tailgators & Il Primo off Estrella Pkwy and Van Buren in the Safeway plaza. They opened last fall and offer another sports bar location for those who have tired of Augie’s and Majerle’s. They have all your typical sports bar meal selections at fair prices and a large drink menu. Tailgators is also one of 16 local Goodyear restaurants that are participating in a rewards program with the ballpark that could net you discounts for tickets during the first week of spring games. Check out the official Goodyear Ballpark site for more information.

If you are looking for less alcoholic drinks, there is a new Dutch Bros also on Estrella Pkwy just north of Tailgators and Teabo Coffee and Sandwiches on the northeast corner of Van Buren St. and Litchfield Rd.

While not in Goodyear itself, there have been massive additions to the plaza on McDowell Rd. in Avondale between 107th and 99th. While the restaurants added have all been fast service chains, they include Ahipoki Bowl, Toyko Joe’s, The Halal Guys, Blaze Pizza, Cafe Zupas and Potbelly Sandwich Shop. These are all a short distance from Main Event where they have bowling, laser tag and an arcade.

From left to right: Rocchio, Bracho and Tena work out for the Indians during minor league spring training in 2018. – Joseph Coblitz, BurningRiverBaseball

Of course, the reason most visit Goodyear during March is for baseball and I want everyone to make the most out of their experience. To start, the games themselves may be the primary focal point, but I personally find the practices to be the greatest part of spring training. Think about it this way: in a game you might see Jose Ramirez field two balls at third before coming out in the third inning. In a practice you get to see him field hundreds of balls while attempting to do things he would never do in a game.

At practices you get closer to the players than any where else which is great for observation, photography, autographs and interactions. In addition, practices are 100% free to park, attend and get autographs.

To view Indians practices, park anywhere on Wood Blvd. between Lower Buckeye Rd. and Estrella Pkwy., then walk to either the north or south set of fields. Prior to the official pitchers and catchers report date, most of the action takes place on field 1 and 2 on the north side where the early birds often take batting practice. Once pitchers arrive, you can watch MLB pitcher fielding practice on the south fields which are numbered 3, 4, 5 and 6. There is no public access to field 4.

Once full camp opens, all fields are in use with various batting and fielding practices taking place. The fields open at 9 AM and stay open until the end of practice which can range in times from 11 AM to afternoon. The best autograph point is the short fence between field one and two on the north end and the best time to ask is at the end of practice as players are on a tight schedule when they walk from field to field. This is also the best place to watch Trevor Bauer sling pylo balls into the concrete wall outside of the weight room. Following the 2017-2018 improvements to the Indians training facility, the weight room is now open to the outside and fans can watch their favorite players work out as well.

Once minor league players arrive in camp, the Major Leaguers tend to stick to fields one and two while 3-6 are filled with players from the Dominican Summer League level all the way through AAA. This is a great opportunity to see players that most would never get to including some of the youngest players in the system. In 2018, it was a treat to watch Aaron Bracho, Brayan Rocchio and Jose Tena work the infield during practice.

When MiLB games begin, they are generally held on fields 1 & 2 following MLB batting practice and infield. As the Major Leaguers either head up the street to Goodyear Ballpark or on the road, the minor leaguers file in and play games of their own. Even if you aren’t particularly into minor league games, these can hold their own surprises. For example, one last season featured Omar Vizquel as the White Sox 3B coach and Corey Kluber as the starting pitcher.

There is so much more to cover about spring training, but much is up to your individual experience. If you need help with anything Goodyear related I’m always up for a good conversation on twitter @BurningRiverBB or if you can find me in person at the practice fields. I’ll be the one waving around a Nikon D5500 and talking about how Triston McKenzie is going to be the greatest pitcher ever.