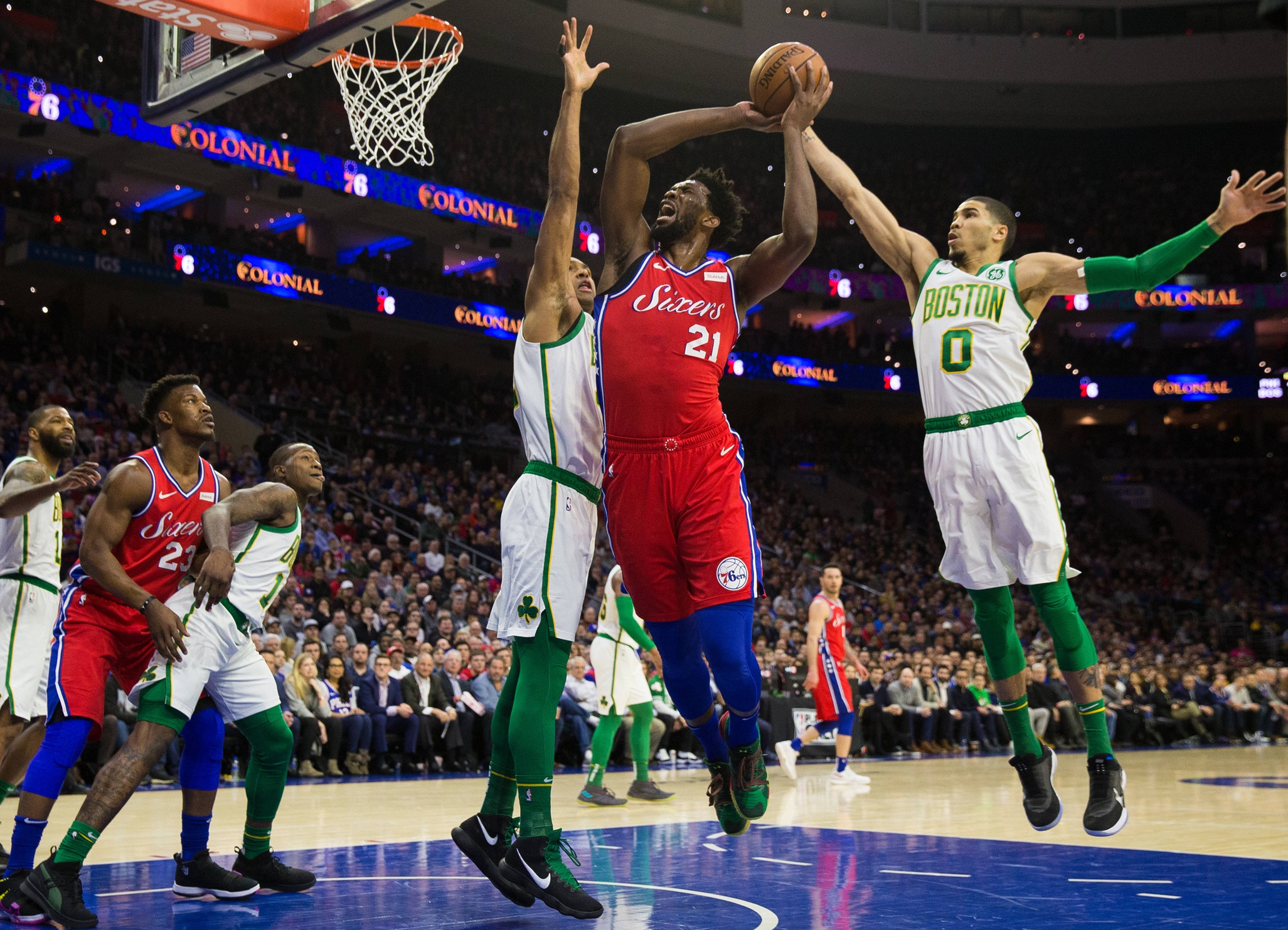 If Philly was ever going to exorcize Celtic demons, this was a game they HAD to win. They were home with their shiny new toy (Tobias Harris) hosting a fractured Celtics team minus their best player (Kyrie Irving).

AND THEY STILL COULDN’T WIN.

Behind Gordon Hayward (26 points, 6-7 3 FG) and Al Horford (23 points, 8 rebounds, 5 assists, 4 steals and fantastic defense on Joel Embiid), the Celtics played smart and tough for just about 48 minutes and beat the Sixers, 112-109. The Celtics have won 7 of the last 8 games vs Philadelphia.

Except for a missed rebound and bad turnover late in the 4th quarter, our handsome duo played a near perfect game. Al’s defense on Embiid (9-22 FG) was downright ridiculous. Brad Stevens had Horford shadow Embiid all over the court, even resting Al when Embiid hit the bench.

We had our “not this shit again” moment early in the 3rd quarter as Philly rattled off an 18-4 run and jumped ahead by 8 points. But the team refocused, kept fighting and regained the lead by the end of the quarter. I swear!

Marcus Smart had a terrible (3-14 FG) shooting night. How terrible? 2015 terrible. But that dunk…

What the hell was that?

Embiid was clearly ticked off about a late non-call on Horford. Sorry buddy, but true centers don’t flail around. They play through contact.