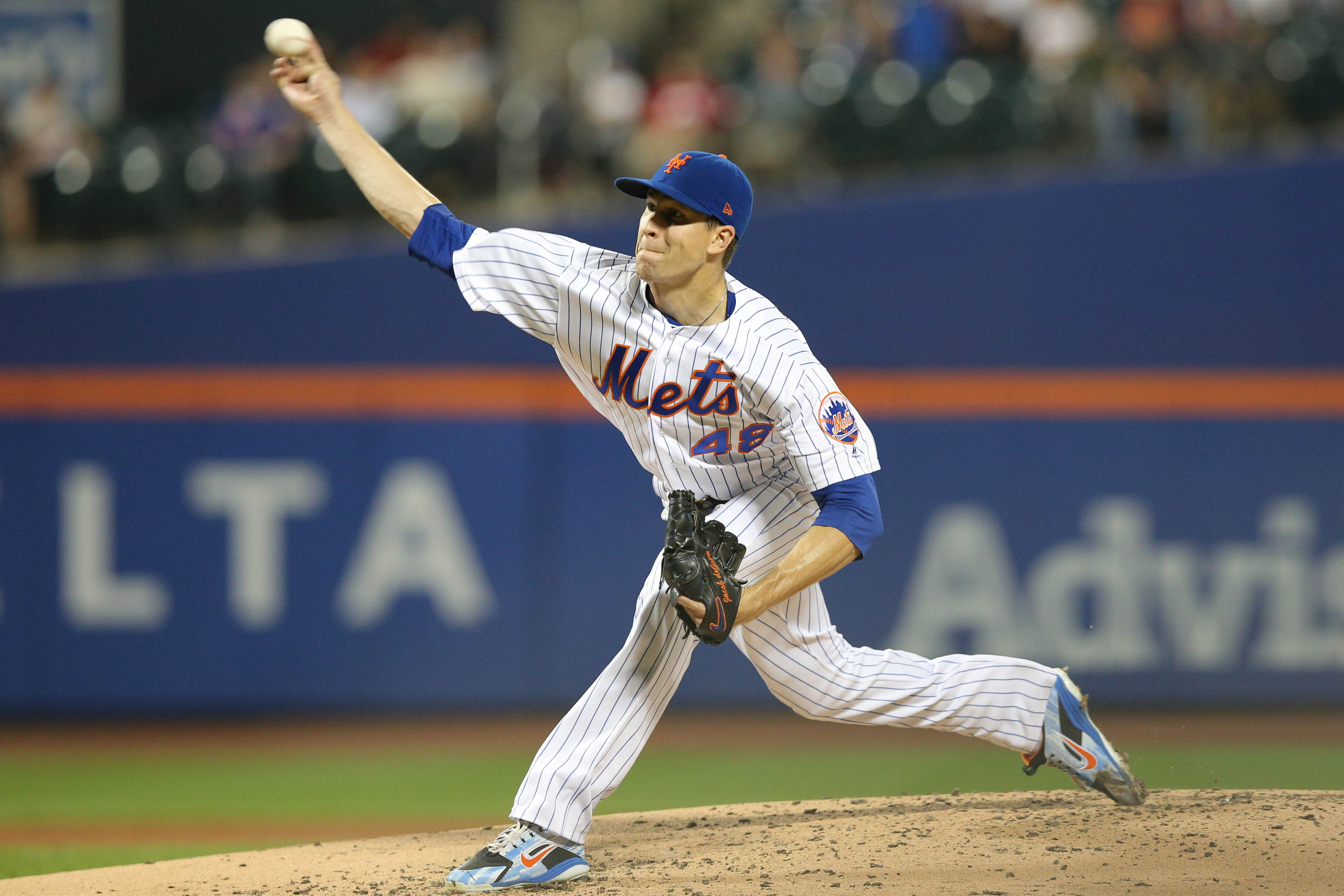 The long and winding saga that is the extension talks between Jacob deGrom and the New York Mets appears to have an end in sight. The negotiations have gone absolutely nowhere to date, so deGrom’s representatives have put the pressure on the Mets by setting a deadline of Opening Day to discuss an extension, MLB.com’s Anthony DiComo reports. If a deal is not reached by then, deGrom’s side will cut off talks for the duration of the regular season.

This development doesn’t mean that deGrom isn’t open to a longer term relationship with the Mets if the two sides can’t reach a deal by Opening Day. deGrom would surely be open to extension talks after the season concludes, but his reps have made it clear that the Mets’ ace doesn’t want to be bothered by negotiations during the regular season. This move of implementing a deadline puts the ball back in the Mets’ court since it is more imperative to them to get a deal done. Even though the team is in a bad negotiating position thanks to deGrom’s Cy Young caliber campaign, they should be incentivized to complete a deal sooner rather than later in order to keep him in the fold long term.

deGrom holds all the cards right now, and the Mets could be hoping he has a more normal season to try and bolster their position a bit. This is a risky maneuver, however, since deGrom could decide that he is only a year away from free agency and opt to play out his deal at that point. A deadline is often an incentive to spur action, so perhaps this will motivate the Mets to be more aggressive in terms of completing a deal with their ace. Mets’ fans remain skeptical of the team’s ability to keep deGrom and Noah Syndergaard around long term, so locking deGrom up to an extension now would go a long way towards erasing those fears.