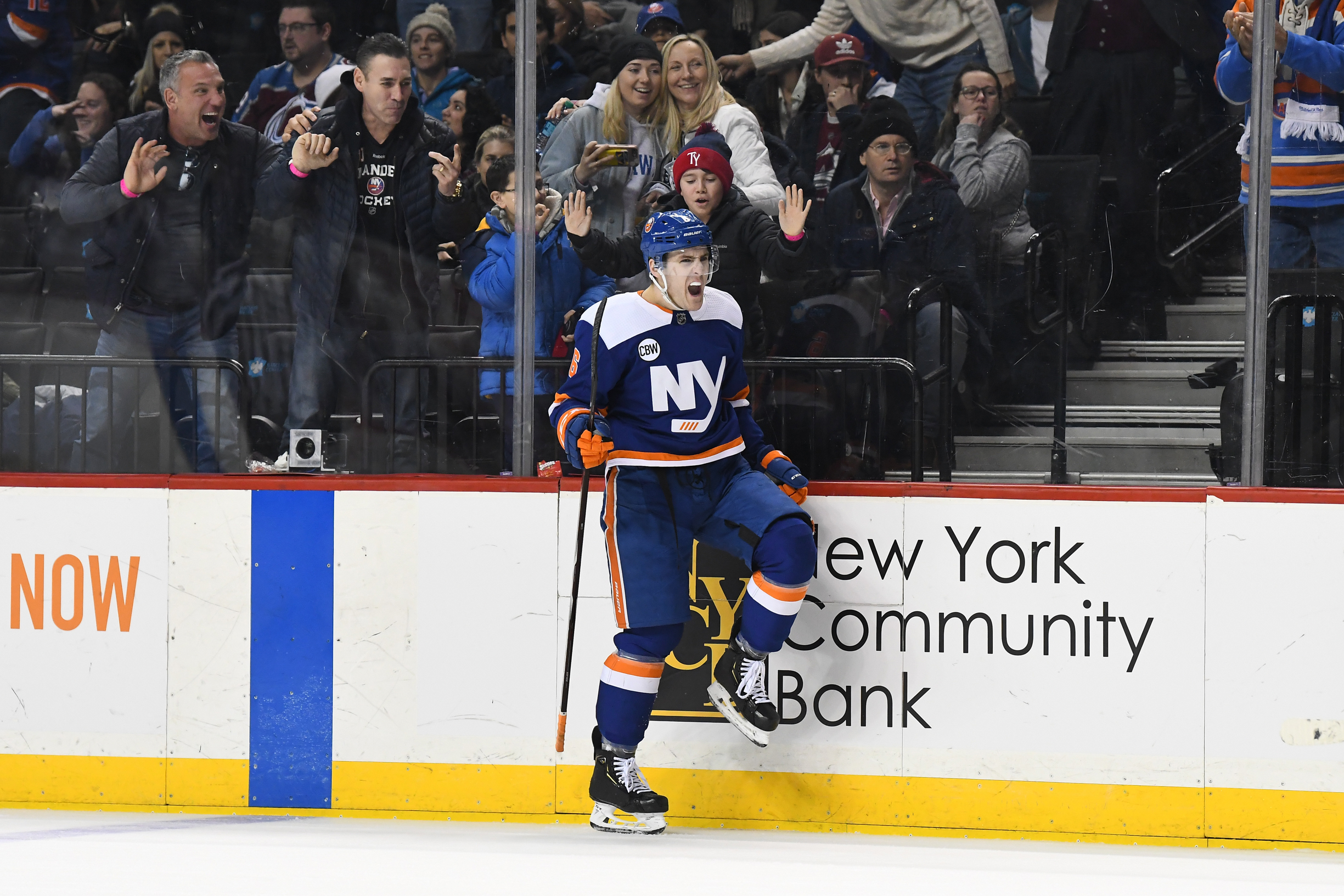 Considering the weekend that Ryan Pulock had, it seemed fitting that he was the one that set up Devon Toews for the Islanders second-period goal on Sunday. The day prior, Pulock had scored two goals, including the game-winner to help the Islanders defeat the Colorado Avalanche 3-2 in overtime.

While the two goals had been Pulock’s first since December 31, the young blueliner has broken out offensively over his last five games. In that span, Pulock has seven points (two goals, five assists) for the Islanders.

“I think it’s something all year I’ve been trying to help out offensively,” Pulock said on Sunday. “At the start of the year, I was really trying to be detailed in my own end and get up to the play when I can. It just seems like lately, I’ve been able to get some more open ice and just making the right play.

“Just confidence and some poise.”

There has been a noticeable difference in Pulock’s offensive game of late, with the 24-year-old joining the rush more frequently or moving down low in the offensive zone.

Pulock had been down near the goal line when he fed Toews the puck in the slot for his goal. The Islander defenseman had an equally impressive set up the week prior when the Islanders rallied in the third to defeat the Los Angeles Kings at Nassau Coliseum.

“To me it’s just puck confidence,” Islanders coach Barry Trotz said about Pulock. “He’s got confidence in his partner. His hands are working for him right now. He’s not double clutching things. You’re in the middle of the season, sort of on the 12th hole I guess, and your hands should be working right now.

“He’s got a lot of jump and he’s getting some points. He’s jumping up at the right time, but he’s defending hard.”

The Islanders have benefited from a blue line that has greatly improved this season under Trotz, and Pulock’s strong defensive zone play has been a product of that. Now, the hulking defenseman has made his powerful shot and speed a weapon in the offensive end.

His five goals this season leads all team defensemen and his 21 assists put him third among all Islanders this year.

Pulock’s powerful shot makes him a threat from the point, but the added confidence he has been playing with offensively has helped push him over the edge recently.

“The big thing is just confidence,” Pulock said. ” I feel good and I’m just looking to help out.”